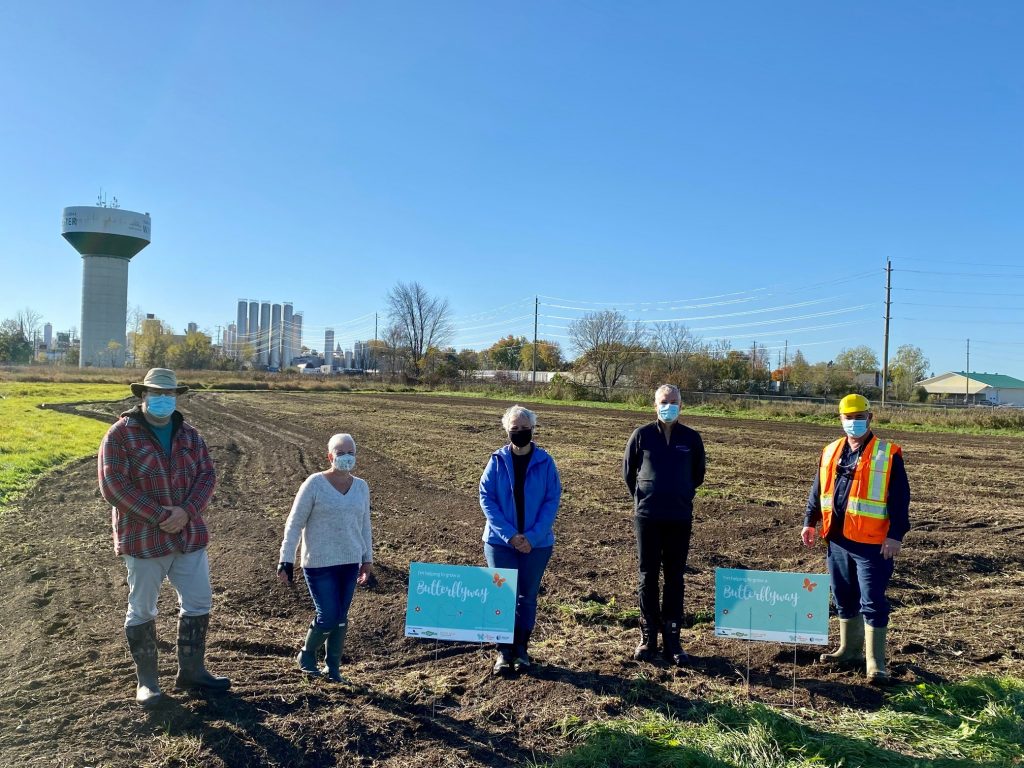 WINCHESTER — Lactalis Canada has partnered with the David Suzuki Foundation’s Butterflyway Project in Stormont, Dundas, and Glengarry — a volunteer-led project that aims to encourage Canadians across the country to create new native pollinator gardens to restore vital habitat for bees and butterflies.

In mid-October, Lactalis Canada’s Winchester factory, together with volunteers from the Butterflyway Project and Naturaide, a local company that creates native plant havens that benefit birds and pollinators, planted a one-acre wildflower garden — the largest of its kind as part of the Butterflyway Project’s local chapter — stocked full of 15 different plant species, including Black-Eyed Susan, Aster, Milkweed and other native plants that appeal to local pollinators.

“Lactalis Canada Winchester is thrilled to partner with the Butterflyway Project through the David Suzuki Foundation which will not only support the local pollinator population – primarily bees and butterflies — but will benefit the community,” said Bruce Shurtleff, Winchester Plant Director, Lactalis Canada. “Today we planted the seeds to creating a green space between our industrial area and the town of Winchester and this is just the beginning of a multi-year project that supports Lactalis Canada’s commitment to building a sustainable future and empowering the communities in which it lives and operates.”

Each year, the Monarch butterfly population is particularly threatened due to the loss of native habitat that includes the sole food source for Monarch caterpillars: milkweed. The Butterflyway Project recreates some of these natural habitats across the country that have been lost to urban development, clear cutting, and the use of pesticides and herbicides, and established more than 4,500 new gardens in 2021.

“We’ve lost over 80% of our eastern migrating Monarch population over the past 20 years due to the eradication of milkweed,” said Christina Enright, a volunteer with the local Butterflyway Project. “We need to create pollinator patches to enable new pathways for the Monarch species and we’re so grateful to Lactalis Canada for giving us the opportunity to make a visible offering of what our project is hoping to achieve, but also to create this dedicated area for pollinators that will ultimately benefit the community.”