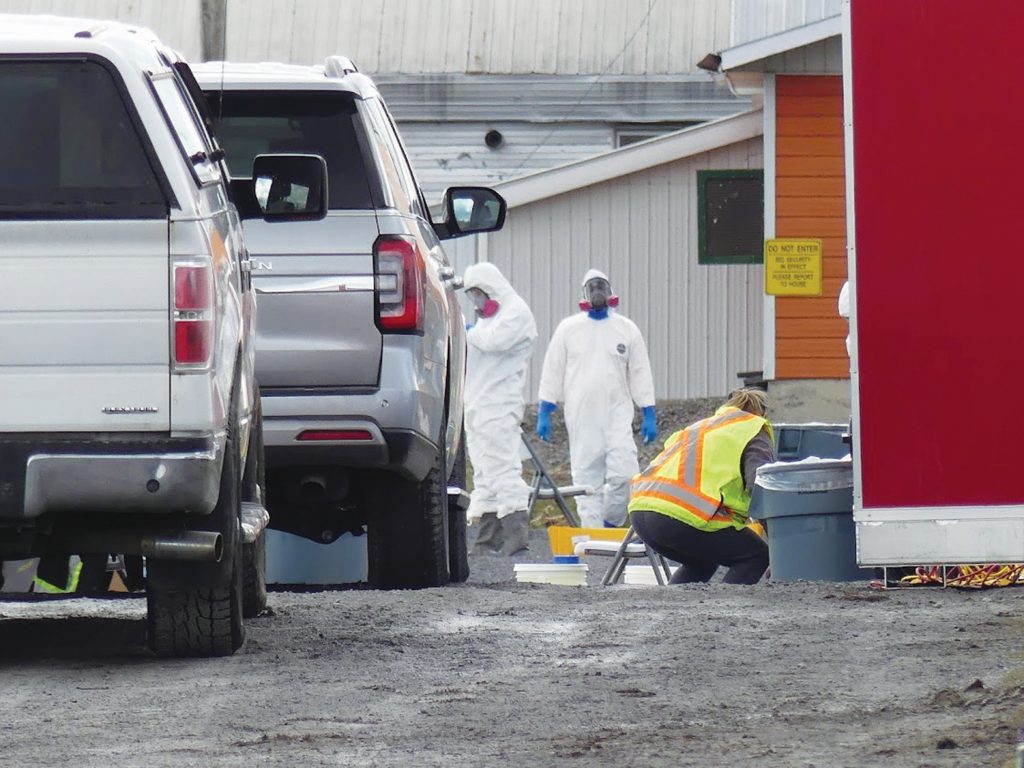 Thousands of chickens were destroyed at three farms in Eastern Ontario after contracting Avian bird flu. Workers above at a farm just north of Cornwall on Friday, April 22. (Nelson Zandbergen photo)

NORTH LANCASTER — Ontario poultry farms have been hammered by the worst outbreak of Avian flu in more than a decade.

Three of the Eastern Ontario outbreaks involve commercial flocks — with all of those located in the Cornwall area, within the Township of South Glengarry, more specifically the vicinity of North Lancaster. The other two were small flocks, one in Prince Edward County and the other in Peterborough County.

Farmers Forum watched from a distance April 22 as people clad head-to-toe in white suits and masks worked outside a 20840 County Road 18-Concession Road 5 poultry operation, about a kilometre west of North Lancaster, near Cornwall. The site lay within an indicated avian flu control and infection zone map on the Canadian Food Inspection Agency (CFIA) website. A number of vehicles were parked near a “do not enter” sign at the end of the laneway monitored by a security guard. The distant barn wall and end-of-laneway stop sign both displayed the name Ferme Avicole Major Ltée.

Farther along the same road, driveways leading into poultry barns were also roped off.

At the Wilfred Major Feed Mill in the village of North Lancaster, a tire-washing station was set up by the side of the driveway leading into the mill.

In nearby Alexandria, a supplier of thousands of baby chicks to many rural hobby farmers faces some extra red tape around moving those birds to customers as his business falls within the CFIA control zone (but not the core infection zone). However, Alexandria Milling owner Jacques Massie said the situation hasn’t had a major impact as he possesses the CFIA permits necessary to bring in chicken and turkey chicks — as well as full-grown laying hens — as usual.

The one caveat, he added, is that he can’t sell chicks to customers residing within the core infection zone. Massie said he lost one order as a result.

Massie expressed concern that the hundreds of thousands of destroyed poultry across the province could affect grocery story supplies. 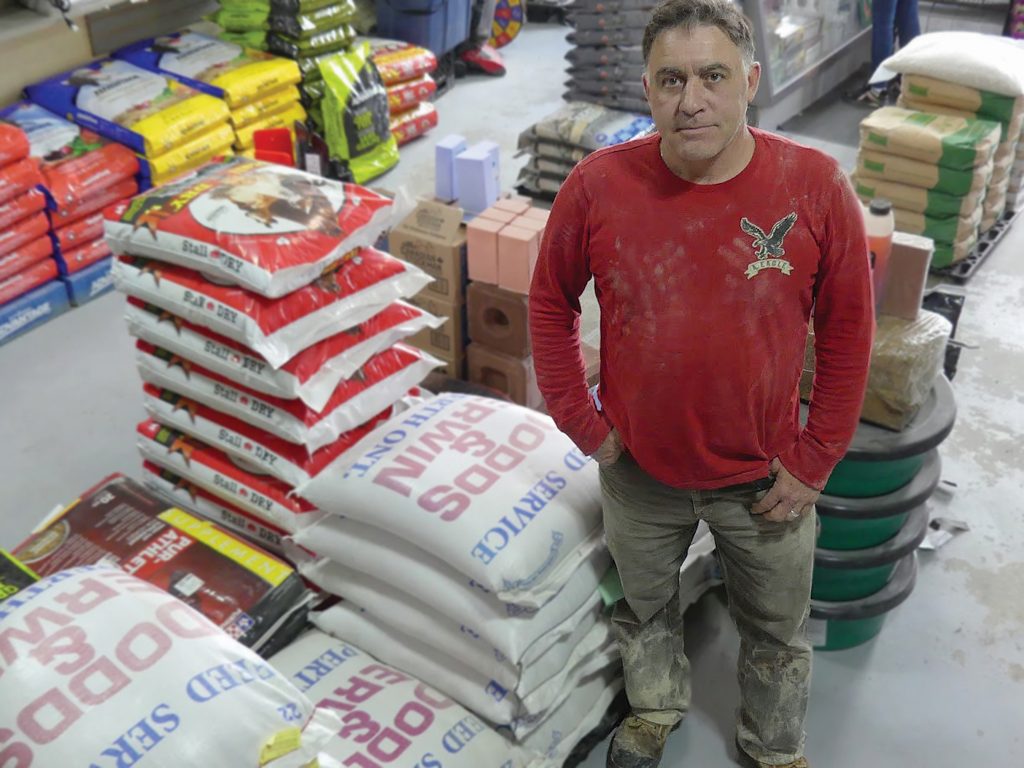 The contagious sickness is a concern both for its impact on the poultry sector and, according to Public Health Canada, the potential to spark the next human flu pandemic — although transmission from birds to people is considered rare. Human H5N1 infections “have been associated with severe disease and death,” according to the U.S. Centers for Disease Control.

The Eastern Ontario Health Unit has advised those living or working on farms to self-monitor for flu-like symptoms.

The current bird flu outbreak — the first to reach Canada since 2015 — started last year in Europe, devastating commercial farms with its high mortality rate. The disease is spread by wild birds, with migratory waterfowl posing a “significant risk” to domestic birds along migration routes, according to the CFIA.

So what are farmers to do to keep the virus away from their flocks?

“Biosecurity is really the key for keeping it out,” said Chesley-area turkey farmer and chair of the Feather Board Command Centre overseeing the avian flu response, Ingrid deVisser. The virus is easily spread on droplets carried into a facility by people or animals and modern poultry barns and feed facilities don’t accommodate easy entry by birds and other wildlife, she added. However, farmers must be vigilant about where they even walk to ensure they don’t track feces from geese onto their farms, deVisser said.

She explained that producers change their footwear going into and out of their barns as a matter of course. But amid the current outbreak, poultry producers are also encouraged to put up gates at the end of their laneways, and to wash the wheels and wheel-wells of vehicles entering and exiting their properties. That recommendation becomes the law within control zones.

Even the garbage must be specially carried out in specially sealed plastic bags to prevent attracting birds.
“The emotional toll is huge,” deVisser said.

Producer vigilance and monitoring of their flocks remains vitally important. Cases to date have all been the result of farmers noticing something wrong with their birds and reporting it, she said.

Preventing poultry feed and water from coming into contact with wild birds — particularly ducks and other wild waterfowl — is a key long-standing safety measure. This can be as basic as not building a duck pond or hanging a bird feeder anywhere near a poultry barn, Chicken Farmers of Canada spokesperson Lisa Bishop-Spencer said.

The province’s agricultural commodity insurer, Agricorp, says it’s ready to deliver support to poultry producers that sign up for coverage. Spokesperson Stephanie Charest pointed out that the deadline for 2022 AgriStability applications and fees was recently extended to June 30. The program was recently tweaked to increase loss coverage from 70% to 80% and trigger payment more easily with the removal of a reference margin limit.