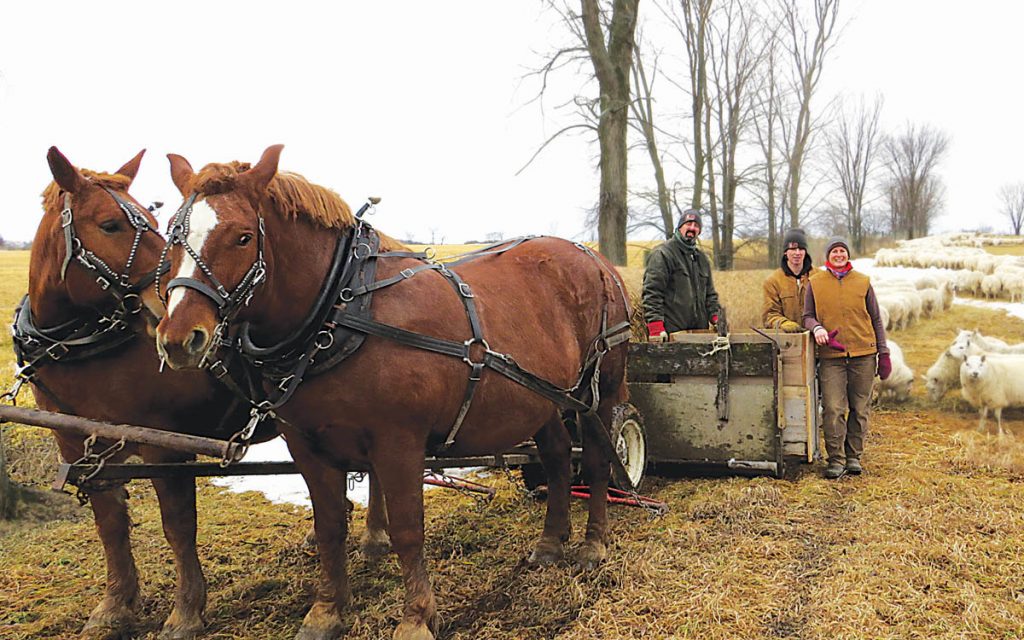 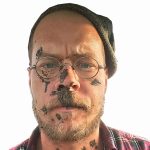 LYNDHURST — In light of the extremely productive, but also very intensive manner of today’s farming, it is also possible to produce food through more of an “ecology management” technique, that relies less on fuel, fertilizer, seeds and chemistry, and more on a careful stewardship of animals and perennial plants.

This example can be found at my friends’ farm: Black Kreek Ranch.  Brad Davis and his wife Karen and their three children manage 400 acres of pasture on the Lansdowne Plain, a former seabed deposited 12,000 years ago when the saltwater Champlain Sea reached all the way up to Kingston.  This soil is heavy duty clay — very tricky to farm — but can grow grass forages as well as any land in the world.

While their neighbours struggle to coax corn and soybeans out of the chunky, poorly drained clay, Brad and Karen manage pastures that have not seen a plough in 30 years.  They employ about 800 ewes to harvest these grasses to generate some 1,200 lambs every year.   The ewes are on pasture 24/7/365 where they are moved from paddock to paddock throughout the seasons.  In the wintertime they harness a team of draft horses to feed hay to the flocks to avoid disturbing the sward.

The operation is a sight to behold. Not only is it an extremely beautiful, bucolic picture: the meadows dotted with newborn lambs, it is also extremely rare in this part of the world.  Nearly every other sheep farmer in Ontario utilizes a more “hot house” approach to the business of producing lamb, where the feed is grown, stored, and fed mechanically to the sheep, safely indoors.  This uses much more equipment, infrastructure, inputs and energy, but you don’t have to stare down a -20C Lansdowne wind behind a team of horses in February, and you don’t have to worry about predators.

Much of what Brad and Karen accomplish is wonderfully natural. It demonstrates that Mother Nature, as generous as she is, has a dark side as well: coyotes, bobcats, ravens and internal parasites all take advantage of this pasture-based system.  It’s hard to blame them, the lamb is delicious, and so the Davis’ fight back with at least 12 Great Pyrenees guard dogs that live with the sheep, and who, if they don’t deter the coyotes, will tear them limb from limb.   The trimmings from the local butcher shop go to keep these massive pups in good condition.

Now, the Davis’ could probably sleep a bit better at night, avoid going out in a lot of rough weather, and also produce more lamb per acre if they built barns and ploughed their pastures and trucked corn to and fro to their sheep.  So why don’t they?  They market nearly all of their lamb into the wholesale trade at the Ontario Livestock Exchange, where other than for the health and quality of their lambs, they receive zero premium for the ecological aspects of their husbandry.

Well, here’s the thing: They are able to net enough money to raise their family, while avoid paying for inputs, equipment and servicing debt. Right now, lamb prices are down one-third from last year’s all-time highs, but inputs prices are doubled and even tripled. The Davis’ farm is uniquely adapted to weather these fluctuations, which like the weather, are completely beyond their control.  By adopting this passive, flexible model of stewardship versus intensive cultivation, their farm is more resilient in every respect.

So not only are they able to navigate market downturns, they can also rely on their soils to improve annually, for their genetics and management to be constantly refined, and enjoy the benefits of living in the midst of a landscape with far higher biodiversity, water quality and (this is very important to me) beauty than the sterile fields of the corn/soy cowboys.

Their farm reflects the timeless order of nature, rather than the latest in agricultural technology and marketing trends. Their system has the potential to work indefinitely because their number one input (rather than diesel or nitrogen) is human energy and insight.

It might be that the reason we don’t see more farms like the Davis’ is that human energy and insight might be becoming more scarce commodities than diesel and nitrogen. It’s true: there is a shortage of young blood in farming and it is only getting worse.  But there is more to it than that. Farmers as a whole are full of insight and energy but are also very much subject to forces and influences within their respective industries. For instance, there is nowhere you can go to learn to operate a farm like Black Kreek Ranch.  The University of Guelph is not going to teach you how to feed hay with draft horses.  When Brad and Karen (both Guelph grads) started out they didn’t know a thing about sheep, but were instructed and guided by the farm’s previous owners, Jim and Nancy Kehoe, who had evolved the farm from a dairy, to a beef operation and eventually to the extensive sheep operation that my friends now own.

The same factors that make the Davis’ farm profitable also make that style of farming repulsive to institutional, capital A agriculture: they don’t buy enough stuff, or borrow enough cash; there’s not enough money changing hands. Growing field crops (whether to sell as grain, or feed to livestock) involves constant, expensive inputs: seed, fertilizer, fuel, crop protection and the latest and greatest technology.  All of the educational, government and industry support goes towards this model of agriculture.  Here in Ontario, 2 % of farms generate 50 % of the province’s total farm revenue. These massively scaled, resource intensive farms are what all institutional and commercial infrastructure are organized around.  If you want to grow soybeans, there are countless agronomists available to walk you through the purchases and processes step by step.

The reason the Davis’ are succeeding in agriculture is because what they are doing is ostensibly simple, and very low tech.  Except that it isn’t simple at all: their day-to-day operations involve constant, subtle decision making based on the careful observation of their flocks, their meadows, the wildlife and the weather. “The eye of the master fattens the cattle” and in this case it means being physically present (literally outstanding in their field) and conjuring the ability to actually see how all of these natural forces interplay, and have the energy and expertise to act. This is the magical part of it all.

Can we feed 8 billion people with farms like the Davis’? Well, there’s no reason we couldn’t, except there aren’t a whole lot of Brads and Karens around anymore, which is why I want to shine a bit of light on their farm as encouragement for themselves and others.

Charles Summers owns Salt of the Earth Farm, a direct-to-consumer operation and CSA, near Lyndhurst, Ontario.