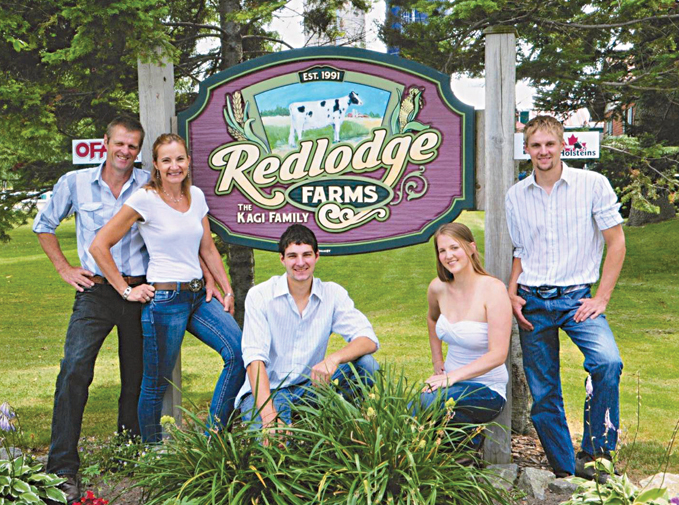 The Kagi family is hosting the 2015 IPM at Finch, southeast of Ottawa.

FINCH — About 75,000 people are expected to attend the 2015 International Plowing Match and Rural Expo (IPM) held near Finch, a small Eastern Ontario hamlet with just under 500 people.

The event, held every one to four years in Eastern Ontario, will run from Sept. 22 to 26.

“This is the best thing to happen in the area since 1958, when we had the last one,” said IPM chair Jim Brownell, a former area MPP.

The United Counties of Stormont, Dundas and Glengarry hosted the plowing match twice before: Once in 1936, when rubber tractor tires were introduced for the first time, and again in 1958.

The last plowing match in Eastern Ontario was in 2011 in Prescott County.

Fifty-three committees have been formed for the IPM, and 1,200 volunteers will be at the five-day event.

A new contest this year is the auctioneering challenge, where auctioneers battle it out to see who is the best, according to a group of judges. The winner will receive $1,000 and get to auction off a 1948 Ford 8N tractor restored by the technology class at North Dundas District High School.

Other events include a combine demolition derby, dancing tractors, the Highland Games, and the RAM Rodeo tour, which includes bull riding. The opening day parade on Sept. 22 will include parade marshall Joan O’Malley, who sewed the first-ever Canadian flag in 1964.