Investment firms see safe bet in farmland, even when it’s like a fixer upper 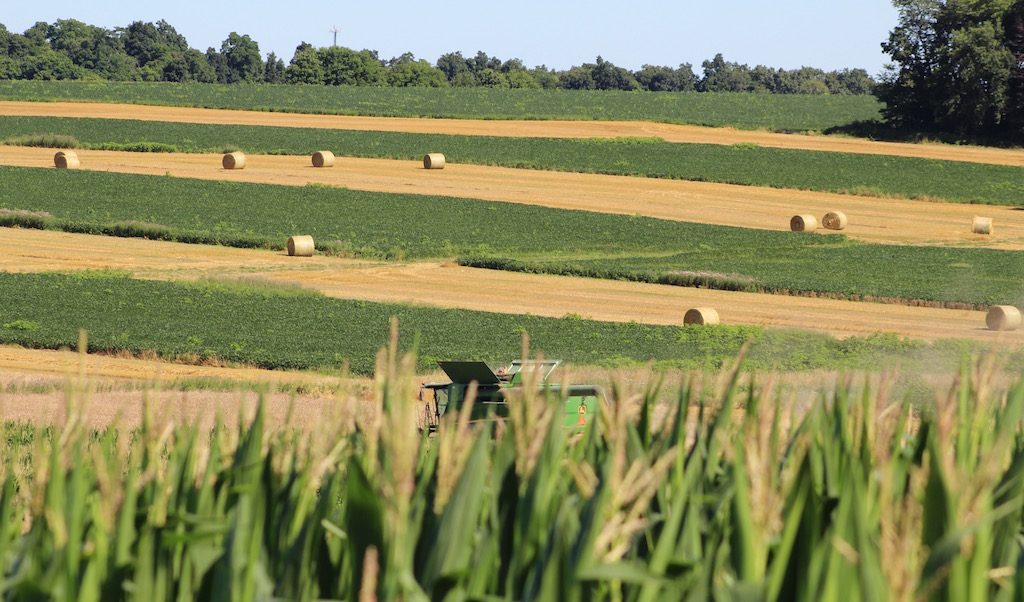 EASTERN ONTARIO — Corporate land investors continue to make waves in the southwestern Ontario farmland marketplace — and increasingly around the province.

Some call the trend “commoditized” real estate — a term more often used to describe investment in the housing market beyond one’s own home — but it’s part of the farm scene, too.

“Farmland is a fantastic hedge against inflation,” said London-area realtor and farm property specialist Phil Spoelstra, co-owner and broker with ReMax FarmOntario serving Southern and Eastern Ontario. Such investment, he added, is “no question … on the rise.”

In southwest Ontario, such investment vehicles “have always been part of our farm market,” said Spoelstra, though he conceded it’s an increasing topic of conversation. Half a dozen domestic investor entities are currently buying land in Ontario, he said, noting, “It is Canadian money.”

But these players still only represent a small minority of sales that Spoelstra has seen. He estimated that 6 of FarmOntario’s last 140 or 150 farmland clients were investment companies.

For farmers looking to raise capital, selling land to an investment firm — then leasing it back — is a legitimate option, he pointed out.

Bottom line: Ontario farmland is a hot commodity that is attractive to more than just farmers. It rose in value an average 15.4% in just one year to mid-year 2021, according to Farm Credit Canada.

Most prominent among the corporate players is Bonnefield. With offices in Ottawa and Toronto, it’s grown into the largest firm of its kind in Canada, managing an $875-million portfolio of acquired farmland. Some of Canada’s largest pension funds have money in Bonnefield, according to the National Farmers’ Union.

Other known entities in the field include AGInvest of Chatham, Veripath Farmland of Calgary and Manulife parent company John Hancock Financial.

Then there’s the different approach taken by Toronto-based Area One Farms, which departs from the typical corporate investment strategy of buying land outright and simply renting it out for the long term.

Instead, Area One goes into partnership with expansion-minded farms that want to acquire neighbouring property but can’t get the financing together to pull it off, Joelle Faulkner, company founder and CEO, explained. The 10-year-old company takes a majority stake in the newly purchased land with the partnering farmer. The firm is reimbursed on its investment by splitting profits with the farmer, and it takes an active role in management decisions involving the partnership land. The farmer has the opportunity to buy out Area One starting at year 10 in their agreement.

Area One has arrangements with 24 farms in four provinces comprising 140,000 acres. In Ontario, operations have been limited to northern Ontario, with a couple of recent forays into Eastern Ontario, according to Faulkner, who was raised on a London-area dairy farm before flourishing in post-secondary pastures with degrees in engineering, business and law. “I was better at school than at milking cows,” she said.

Her firm focuses on land requiring improvement, such as tile drainage, in situations where financing isn’t easy to come by. This has so far precluded making any moves in southwestern Ontario.

“I think we’re kind of a different version of things,” she said of Area One. “I kind of want to be that third piece: You can buy land using your equity, you can borrow from the bank, or you can go into partnership with Area One.”

As for those firms that follow the traditional model of buying farmland and renting it out as absentee owners, that phenomenon is still new to Canadian agriculture — albeit growing more common — and not overly significant in terms of size, Faulkner pointed out.

Even Bonnefield’s reputed portfolio value, she observed, would amount to a tiny fraction of Canada’s 160-million farm acres, perhaps 0.1%.

“But just because the big picture doesn’t look doomy and gloomy, doesn’t mean there aren’t problems for the small picture,” she said, citing the example of a farmer whose neighbours on all sides are bought up by a “rent-focused” corporation. That scenario would be at least problematic if not terrible, she observed. “The small picture matters, because that’s somebody’s life.”

“I can understand it being disruptive, which is also why we take our approach where we work with local guys and we buy in to clean it up. Because the cleanup lands are never competitive land anyway,” she said.

Sometimes, a land investment is like buying a fixer upper — it could be previously logged land that needs to be cleared of stumps and roots for starters.

“My theory is, let’s actually make something.”