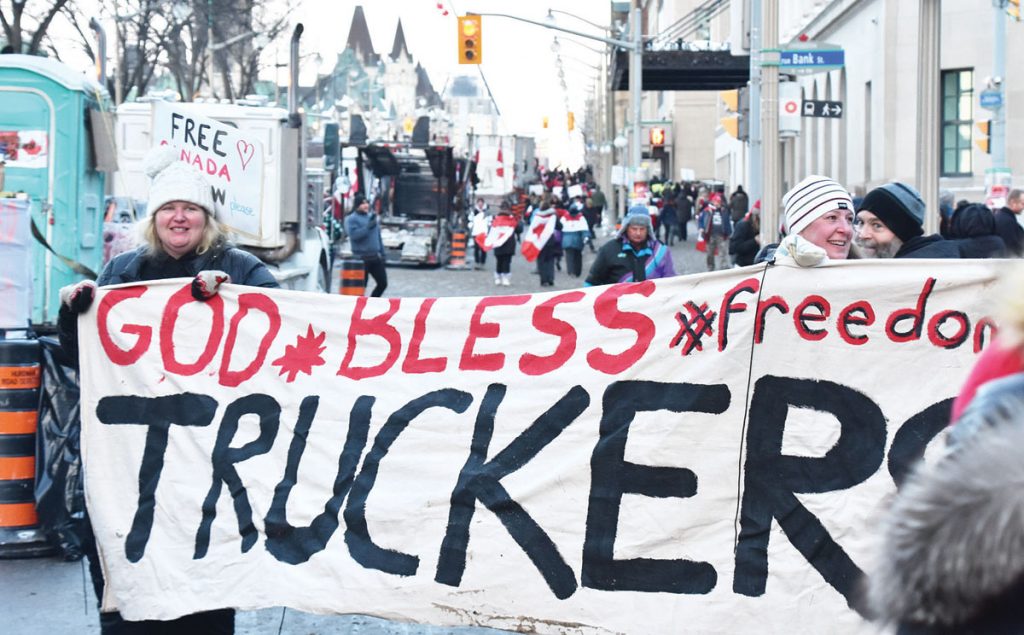 The Public Order Emergency Commission is seeking comments until Oct. 31.

OTTAWA — Farmers, truckers and their supporters who took part in the Freedom Convoy in downtown Ottawa in February are beginning to feel vindicated as more evidence comes out. An inquiry recently learned that an agreement to end the protest was close to being sealed with the convoy leaders when the federal government instead invoked the Emergencies Act, a terrorism and war-time sledgehammer on its own citizens.  The government ordered bank accounts to be frozen, allowed a team of RCMP horses to trample over protestors in front of the Chateau Laurier hotel and allowed peaceful supporters to be beaten up by RCMP using batons and the butt-end of rifles.

Now those who took part in the one-month freedom rally are invited to write a public comment about what they saw.

On  Aug. 19, the Public Order Emergency Commission announced that it is now accepting public comments until Oct. 31. You can email perspectives@poec-cedu.gc.ca. For help in writing a public comment, visit theccf.ca/emergencies-act-inquiry.

The Rouleau Commission hearings will begin on Sept. 19.

Canadian Constitution Foundation lawyer and litigation director Christine Van Geyn said that “public participation in this historic inquiry is essential. There are many untold stories related to the Freedom Convoy. Much of the reporting of the protests was disconnected from the experience of participants and observers. These public comments are now an opportunity for those stories to be told as a part of the inquiry.”

She also declared: “The federal government’s use of the Emergencies Act was illegal and unconstitutional, and now the public has the opportunity to do something about it.”