BREAKING NEWS
04:20
Home News HOW TO FIGHT BACK: When the law overreaches and you feel alone, you need a landowner strategy to push back

HOW TO FIGHT BACK: When the law overreaches and you feel alone, you need a landowner strategy to push back 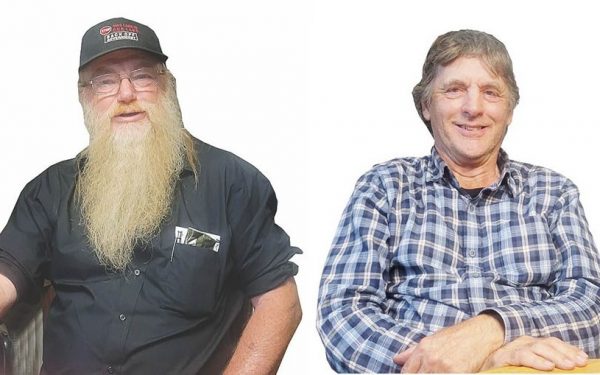 STITTSVILLE — Conservation Authorities are still among the worst offenders when it comes to government overreach, says the feisty Ontario Landowners Association, which has an excellent track record of racking up victories for the little guy.

They say the best tools to fight back are allies and knowledge of the law.

You can’t fight government alone, says Saugeen Regional Landowners Association President Bob Weirmeir, based in Western Ontario. The pushback strategy often includes looking for a local grassroots movement that shares your issues and going to a local councillor to gauge support at the local level. It’s a great boost if you can get your township council on board, as councillors are accessible and a township on your side can often work much faster than a single MP or MPP.

Knock on doors to find neighbours and friends in a similar situation. Prepare petitions and hold open houses. Retired people are gold. They often have the time and their professional experience can come in handy. You’ll need a spokesperson. Retired politicians are a great asset. Be prepared to hire a lawyer or paralegal.

Sometimes you can get your farm group representative to come to your farm as a witness if you are subject of a raid by the animal police.

It also helps to find a sympathetic news media outlet and use social media (most useful are Twitter and Facebook). But your best ally by far is a solid grasp of the law, as it pertains to your situation. And that’s not easy because in many cases not even the enforcers understand the law they are upholding, Weirmeir says.

Here are examples of how knowing the law changes everything.

In Grey County in August, a rural landowner erected a 14 ft by 30 ft. Amish shed in a flood plain and his local CA official told him to take it down.

But the Municipal Act allows for sheds on wheels without a permit. So, the landowner put the shed on a hay wagon, dug a trench for the wheels and backed up the wagon, lowering it in place on his property. Problem solved, Weirmeir said.

Municipal tidy law bylaws that allow only one scrap vehicle on the property are not valid, Weirmeir said, as it contravenes Section 50 of the Ontario Municipal Act that states that no licence or permit system can be put in place on anything that can be licensed by the Ministry of Transportation.

A Grey County bylaw officer told a woman living in a camper trailer that she had to move because the municipality of Georgian Bluffs would not give her a camper permit because she was living at the end of an unopened road allowance. She went to Weirmeir who told the officer that the township bylaw could not be enforced because of Section 50.  A year later, the woman said she hadn’t heard from the officer again.

Here’s one vital legal tidbit that should keep a Conservation Authority in line but there’s one heck of a hurdle to enact it. You can actually get a municipality to vote to kick the conservation authority out of your area, he said. Section 13.1 of the Conservation Authority Act states that if two municipalities vote to dissolve the same CA, that’s the first step to removing the CA from having power in those two municipalities. That has not happened before but it came close, he said. A successful vote forces a public debate and two-thirds of the members of the boards of the remaining municipal councils in the CA’s jurisdiction have to vote in favour of removal. If it passes that hurdle, the Minister of Natural Resources still has the final say. But once you get this far, the minister knows there is a problem with the CA and will step in to resolve it, he said, adding that solving the problem is what landowners want as CAs do offer beneficial services.

Long-time OLA member and former president and mixed farmer Tom Black, recalled when the Rideau Valley Conservation Authority went around saying “you can’t do anything within 30 metres of a ditch.”

“Show me the legislation?” Black shot back in one altercation. Black and the OLA head of research, Liz Marshall, had looked it up. The 30 metres setback from a ditch was not in the Conservation Act  but in the Federal Department of Fisheries and Oceans Act where it is referred to as a “suggested” setback. This means that if you cause the banks of a ditch to wash into the ditch, then you are liable for the repairs of ‘said’ damage, Black said.

Rural landowners also face a formidable challenge: the laws are changing all of the time.

Black argues that sometimes a CA will overreach and hope it sticks.  Since about 2006, some CAs have been allowing permits for building construction provided that the landowner signs a document allowing the CA to come on the property at any time in perpetuity to inspect it. That becomes an easement on your property if you sign that document, he said. Don’t sign the document or cross out the offensive parts first, he said.

Weirmeir said most people think that CAs are on their side. “eighty-five per cent of the population thinks the conservation authorities are about planting trees, saving nature walks, horse trails and camping. Few realize the destructive force they are to anyone improving property.”

CAs backed off in 2019 after the province ordered them to stick to their core mandate, Weirmeir said.

Weirmeir is now working with two municipalities to include the CA concerns when their chief building officer pays a visit. That would eliminate the need for a second permit, he said.