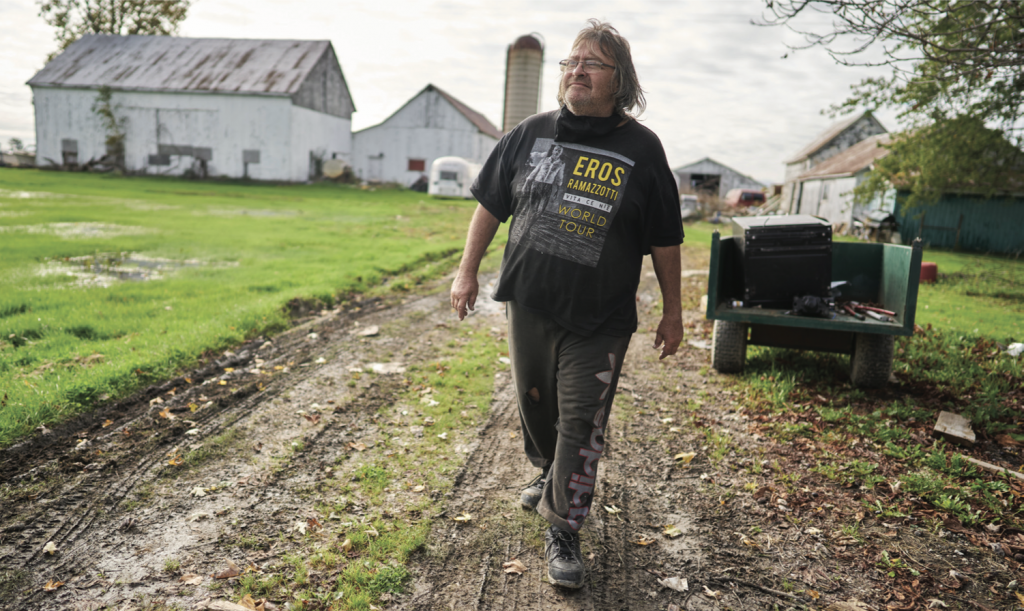 Evidence is all over the place on miracle medicine for parasites

WESTERN ONTARIO — Port Lambton crop farmer Robert Johnston said he has been using ivermectin for months even though he was only able to buy the horse medicine, not the ivermectin to treat parasites in humans. He picked up a tube at the feed store and thinks it did such a good job, he bought more.

Johnston said he was feeling terrible for more than a week and suffered shortness of breath and this was early in 2020 when there were no COVID tests. He doesn’t know for sure if he had COVID but still had long-haul symptoms and was lethargic four months later. He then read on a U.S. online farmers’ mes- sage board that farmers were trying ivermectin. Johnston decided to give it a try and started off with a fraction of what he figured he should take.

“I got the horse paste and took a micro dose every day,” Johnston said, adding that it tastes like apples “because it’s for horses.”

Health Canada says Canadians should not use the more concentrated veterinary or human drug versions of ivermectin to treat COVID. Says a Health Canada advisory: “There is no evidence that ivermectin in either formulation is safe or effective when used for those purposes. The human version of ivermectin is authorized for sale in Canada only for the treatment of parasitic worm infections in people.”

Health Canada does not list any side effects when ivermectin is taken as prescribed but cautions against using high doses of veterinary ivermectin, noting that at high doses the drug “may cause serious health problems such as vomiting, diarrhea, low blood pressure, allergic reactions, dizziness, seizures, coma and even death. Ivermectin products for animals have a higher concentrated dose than ivermectin products for people.”
One Alberta physician is now under review after prescribing the veterinary ivermectin on three COVID patients in September. Dr. Daniel Nagase said he was unable to secure the human version of ivermectin and as two patients deteriorated overnight and were on steroids and oxygen, he acquired the medicine from a co-op store in his rural community north of Red Deer. He said that two of the patients were almost completely better 18 hours after taking ivermectin.

Johnston said he took ivermectin for a few months and when he stopped, within a week, “I felt like I was ready for the rocking chair.” So, he began taking the medicine again and saw an improvement. He said he knows of one other person who is taking ivermectin.

Johnston does not recommend using ivermectin, adding that he recognizes the science is not conclusive either way but “it seemed to be helpful.”

Many countries allow over-the- counter human drug versions, which was a huge seller in many South American countries last year during the height of the pandemic. The medicine is used legally to combat COVID in many countries. U.S. physicians used many therapies early on in the pandemic, throwing whatever they could at COVID-19, including hydroxychloroquine and ivermectin, until early studies revealed that they didn’t appear to be very effective.

The U.S. Food and Drug Admin- istration now warns against using ivermectin for COVID but a study published in the American Journal of Therapeutics in July approves of ivermectin. The study is called Ivermectin for Prevention and Treatment of COVID-19 Infection: A Systematic Review, Meta-analysis, and Trial Sequential Analysis to Inform Clinical Guidelines. It concludes “Moderate-certainty evidence finds that large reductions in COVID-19 deaths are possible using ivermectin.”

Ivermectin has become such a hot topic in some rural U.S. states that Nebraska’s Republican attorney general weighed in with his own opinion on Oct. 14. Doug Peterson stated that a physician who prescribes ivermectin is not breaking Nebraska law. Peterson added that while his office does not recommend treatments, he acknowledged that available evidence suggests that the medicine “might work for some people” and “side effects are primarily minor and transient.”

The researchers who perfected ivermectin were awarded the Nobel prize for medicine in 2015. “Ivermectin is highly effective against a range of parasites, has limited side effects and is freely available across the globe,” stated a Nobel prize press release at the time.