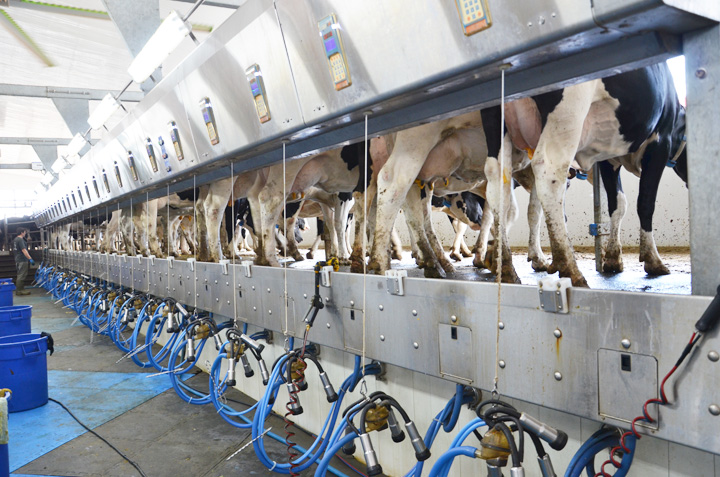 We shouldn’t kid ourselves; the Trans-Pacific partnership (TPP) trade deal was never really about Canada. It was in fact about the United States’ will to undermine China, increasing its commercial footprint in the region, and connecting with Japan. When Congress gave President Obama it’s blessing to pursue this deal this past summer, giving history’s largest trade deal a momentous second wind, many Canadian economic sectors, mostly supply managed agricultural sectors, have been deeply concerned. On a purely net basis, not to be part of a signed deal would have been tragic for Canada’s agricultural economy. Some sectors, like processing, beef and pork will obviously gain from this deal, while others such as the dairy industry will face serious headwinds. Nevertheless, now that we have a deal and Canada is part of it, it is time to redefine what competitiveness really means to our new Canadian agricultural landscape.

The industry reached the end of its economic relevancy years ago, and many farmers affected by the coming changes would recognize this, albeit quietly. Dairy, poultry, and egg producers alike should ponder on their future and work on building a new model, which allows them to become more competitive. However, a part of that process should be an acceptance that not all will survive in the new normal; we will eventually see more farms disappear. Yet, we should not lose sight of the fact that we have also lost thousands of farms in our country working in the supply management paradigm. A positive reconstruction can only happen with the proper support of provinces and the federal government. When Europe ended the quota system this year, several programs allowed a number of farmers to fully prepare for the open market. Some countries like France and the U.K., however, were clearly ill-prepared, as they did not make the proper adjustments. Canada cannot afford to make similar mistakes. We must be prepared to give industry the time and resources to foster better streamlining during the transition.

We also need to keep in mind that our codes of practice for produce commodities are very different than other countries, in particular the U.S. Giving access to foreign produced commodities will require standard harmonisation between trading partners, ensuring that Canadian consumer expectations of high quality are not compromised. The crucial issue of growth hormone usage in U.S. dairy, an illegal practice in Canada, is one of many examples of the need for international co-ordination.

These changes were inevitable, and working on reforming the supply management scheme was just a question of time. It is yet another example of our farmers’ dependence on marketing boards. For many of them, marketing boards have proved to be powerful mechanisms to countervail systemic menaces, and has protected them for decades. But marketing boards are also psychological traps, as they have the ability to suppress innovative and competitive spirits in many cases. It is deeply unfair for Canadians to expect supply managed farmers to be willing to compete when no incentives exist. In dairy, for example, even though many farms are technically well equipped, the cost to produce milk in Canada is one of the highest in the industrialized world. This, among other things, will need to change.

As with supply management, the policies and actions of the Canadian Wheat Board divided farmers in the West for decades. The end of the single desk model in 2012 to sell wheat and barley at the Canadian Wheat Board sparked a tsunami of positive growth out West. As a result, entrepreneurial farmers in the Prairies have blossomed and embraced trade, nurturing formidable partnerships with grain handlers, brokers and traders. The Prairies are also producing and processing more commodities like Pulses and Quinoa, something which never would have happened with the single desk policy. A similar paradigmatic shift could lift current supply managed sectors to new competitive heights. This initial TPP deal is just the beginning. Many believe Canada will likely give greater market access in the future; the industry, then, needs to be prepared for the shift.

At heart, the TPP deal is nothing short of a major coup for Canada. The 12 member-state partnership includes over 800m affluent consumers and more than 40% of the world economy, even if Europe, India and China do not sign on. Canada would been entirely isolated if it hadn’t joined the group. We may have a trade deal with the E.U., but the Americans are also trying to sign a similar agreement with the old continent. With all of these cross-continental deals involving growing markets, Canada economic influence would have likely eroded over time. And since agriculture is about feeding consumers, greater access to exponentially more consumers is clearly desirable.

Appropriately, this is all happening while Canadians are engaged in the process of electing a new government on October 19th. For the first time since 1988, trade and agriculture are finally getting the attention it deserves during an election cycle. With what is likely to be a reformed supply management regime, this is certainly a great opportunity for Canadians to ask our leaders to shape what we have been missing for years in our country: A real vision for Canadian agrifood, and it’s about time. Farmers have so far been vocal in defending the current supply-oriented framework, but now since market access to foreign diary will be enhanced, any suggestions that supply management should remain untouched is strategically futile.