Here’s what to watch for: ATV trespassing, fuel theft and porch pirates 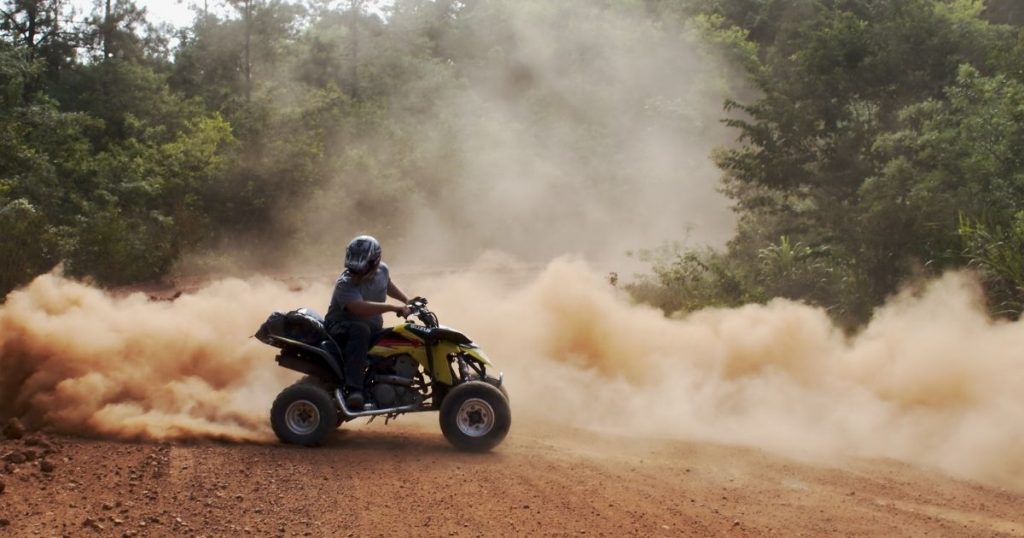 Rural residents appear to be fending off a wave of ATVs and other trespassers on farmlands during the pandemic.

Derek Rogers, media spokesperson for the OPP West region, said the only change in crime patterns is an increase in the number of ATVs trespassing on private lands.

A spike in trespassing prompted the Brant County OPP to issue a news release in April warning ATV drivers to stay off rural land. “In some cases the vehicles have caused damage to the property and fields. Farm crops are especially fragile at this time while new crops take hold,” said a release from the detachment.

In response to the complaints, Brant OPP launched patrols which resulted in six charges of trespassing against ATV drivers and multiple warnings.

Some farmers in Chatham-Kent agree trespassing is on the rise. Jay Cunningham, president of the Kent Federation of Agriculture, farms near Thamesville and says ATV drivers are wandering off gravel roads and crossing farm fields

“We have seen an uptick in the amount of trespassing in the spring with trucks and four-wheelers, I have heard complaints about that,” he said.

Cunningham said the COVID-19 lockdowns may have led more house-bound people to get on their vehicles and roam the countryside.

“There’s been speculation that with more people and kids at home, there has been an increase in ATV trespassing on fields and that’s a huge issue we are trying to get contained,” he said.

Louis Roesch farms near Kent Bridge and said trespassers on ATVs seem indifferent when they are caught. “I’m constantly having to fix the laneway,” he said.

Con. Ed Sanchuk, of Norfolk OPP, said trespassing is a chronic problem but he could not confirm if it has become worse during the pandemic.

He said trespassers can cause serious damage to fields. “They don’t realize that farmers are planting and they are wrecking their crop.”

He said farmers have to look out for their neighbors and report any suspicious activity.

Sanchuk said gasoline storage tanks are another vulnerable target. He said there was one incident in his detachment where a farmer saw a suspicious vehicle and failed to report it, allowing thieves to make off with a large quantity of gas siphoned from a tank.

Sanchuk said another problem that has cropped up during the pandemic is “porch pirates” who steal delivered parcels, although he said that is generally confined to towns rather than rural homes.

“It is pretty hard to get away with it if you have to drive up a long laneway, but again, that’s where help from your neighbours come in.”

Chatham-Kent Police Con. Renee Cowell said, however, that as far as thefts go, unlocked vehicles and tools continue to be the favourite target of thieves.