BREAKING NEWS
04:16
Home News He rides broncos and bulls and, so far, no broken bones

He rides broncos and bulls and, so far, no broken bones

ELMIRA — The rollicking, bone-crushing rodeo ring is a long way from the tranquil world of horses and cattle on the old-order Mennonite farm where Lester Bowman grew up.

Today, Bowman, 32, is a carpenter and, on weekends, a thrill-seeking unusual rodeo cowboy who rides both bulls and broncos. He entered the sport 7 or 8 years ago and barely began to learn bronco busting before being drawn to the bulls as well. He figured it was “easier” to earn some prize money on the back of a bull while perfecting the more exacting techniques of a successful bronco rider.

“Bull ridin’ is just a plain old trying-will-get-you further event,” he says in a unique southern drawl mixed with hints of a German accent. “It won’t look pretty, and it’ll hurt,” but you just might last 8 seconds, he explains at a recent RAM Rodeo competition at the International Plowing Match in Kemptville.

Bowman concedes his strategy of jumping onto bulls as a money maker didn’t really turn out. In the end, he earned more as a bronco rider in his first year. He’s taken home about $15,000 in his best season. 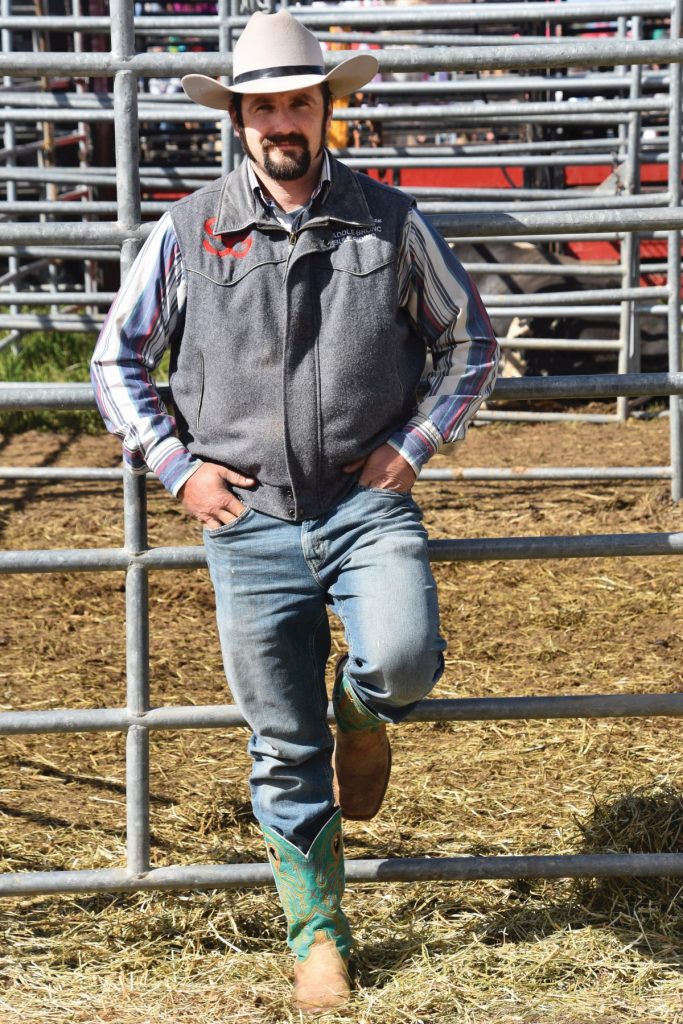 Lester Bowman, who currently is in 8th place in Canadian saddle-bronc rankings, competed at the IPM.

Nonetheless, he’s hooked on both events. He’s a “bronc rider at heart” because of his life-long love of horses that began with his upbringing, but the bulls “are more of a raw adrenaline-junkie kind of thing.”

He adds, “You really don’t have time to think about being frightened until it’s all over.” And it’s not over until you’re out of the ring because the enraged bull — unlike a bronco — will go after a fallen cowboy, who must keep his wits about him. “You’ve got to help yourself.”

It’s sometimes scarier to watch the videos of his rides after the fact, according to Bowman, adding that newspaper reporters have snapped plenty of “flying monkey shots” of him in his career.

Aside from a concussion, he’s been “pretty blessed” as far as avoiding injuries over the years, though every rider is always “banged up” to some degree, he says. “I’ve never had an X-ray showing a broken bone,” he says.

Others aren’t so lucky. At a British Columbia rodeo earlier this year, a 16-year-old saddle-bronc rider sustained a life-changing spinal cord injury.

Some of Bowman’s fellow competitors have had close calls. A 19-year-old saddle-bronc rider got his hand caught in the horse’s rigging at the 2022 International Plowing Match. After being bucked off, the teen flailed alongside the gyrating animal while the crowd held its breath until the young man broke free after about 15 excruciating seconds. Another competitor was thrown from a bull and knocked out cold, lying on his back while his legs twitched crazily. He returned to competition the next day.

Two weeks earlier, Bowman’s buddy and saddle-bronc rider Allan Mussel spectacularly flew over an eight-foot fence at a rodeo in St-Tite, Quebec. The Osgoode resident’s cowboy boots were the last thing to slip from view as he disappeared headfirst — and backwards — into the crowd. He was uninjured.

Mussell, 26, told Farmers Forum that a horse kicked him in the face at another Quebec rodeo last year. “I had a friend of mine glue my forehead back together in the horse trailer.”

Other than that, “I’ve been pretty healthy.”

While Mussell’s parents have been supportive of his hobby, Bowman — who ranks 8th in the Canadian saddle-bronc rankings — says that he and his folks “reached an understanding not to talk about” the rodeo. 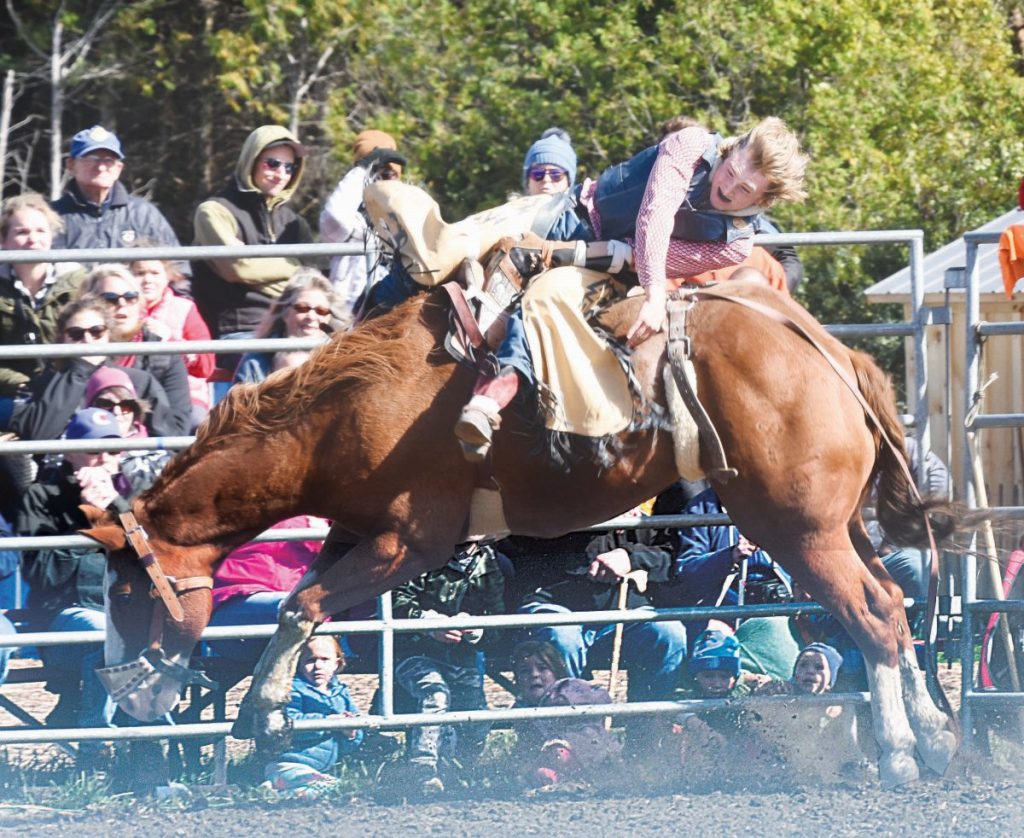 Chase Park, of Brantford, is shown bouncing off his saddle and about to fall from a bucking bronco in the Sept. 23 RAM Rodeo at the International Plowing Match in Kemptville. His hand (below) was visibly caught in the rigging. (Nelson Zandbergen photo)