BREAKING NEWS
13:11
Home News Featured News Hay prices have been strong for a while, not surging like other crops

Hay prices have been strong for a while, not surging like other crops 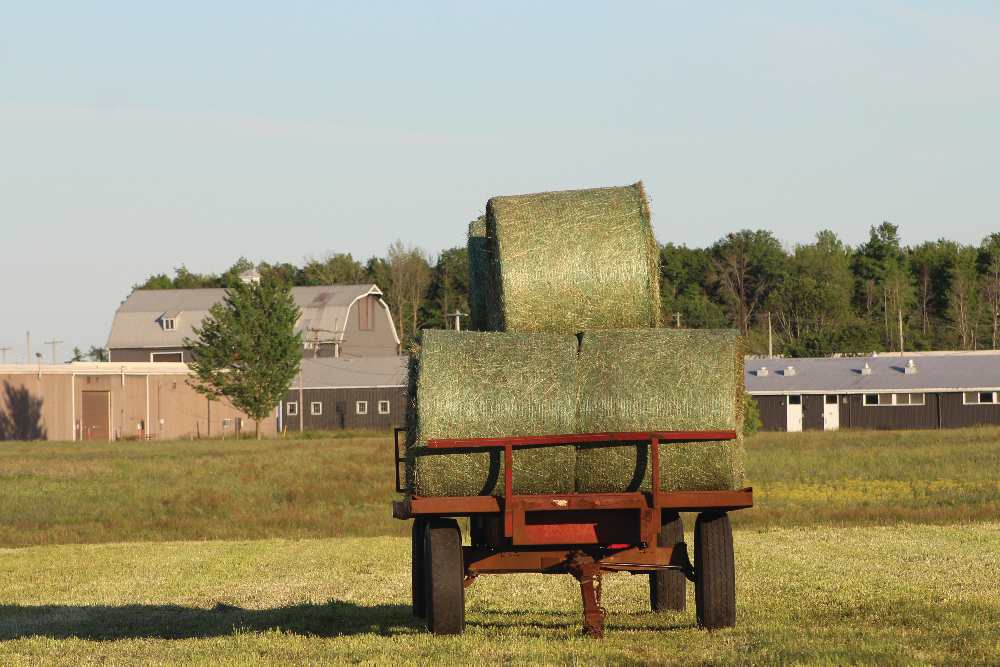 Hay prices are strong across the province. (Courtesy photo by Craig Stevenson)

Farms specializing in hay for sale and export haven’t seen the same price surge affecting grain commodities. Rather, they’ve been commanding strong hay prices for quite a period of time already. But might hay catch an upward ride on the coattails of commodity crops later this year if it turns out that soybean and corn growers have plowed into hayfields in favour of grains?

“There’s no doubt it will have an impact,” offered Ontario Forage Council Manager Ray Robertson, though he hated the thought of hayfields being sacrificed to other crops. “Because forages are an extremely important crop in the crop rotation system.”

Robertson observed that hay prices are currently “holding pretty steady,” though he also predicted that prices are going to be “quite high through the year.”

He explained that alfalfa hay will typically go at a premium as well, as it’s aimed at dairy farmers needing higher-protein feed.

“In my area, people are into the hay now, and they’re saying it’s not as heavy a crop as normal,” added the Markdale resident. Though the crop was about a week ahead of schedule, heavy frost in late spring “had an impact on the alfalfa especially” in his area.

André Larocque, who grows about 600 acres of hay for export in Eastern Ontario, says he hasn’t seen prices take a soybean-like spike. “Not yet, anyway. But prices were already pretty high, and it’s hard to go even higher.

“It’s possible, but it’s very high as it is,” said Larocque, attributing continuing strong demand for his product to last year’s drought and “tough” conditions affecting yields for two or three years prior.

“Yields are limited. It seems every year has something that goes wrong, and there’s less hay and prices stay up.”

He’s waiting to see if surging prices for corn, soybeans and wheat have resulted in fewer acres of hay this year, which could in turn raise prices. “We’ll see maybe later in the fall if less hay is on the market.”

Depending on quality and the blend of forages, he estimated the crop currently fetches between $200 and $300-plus per tonne. “I’d even say it’s common to see $350 in very high-quality hay,” he added.

In Larocque’s opinion, the pandemic appears not to have affected price. He had just started his first cut when he spoke to Farmers Forum June 15. Because he specializes in grass hay, the first cut is typically a couple of weeks later than an alfalfa crop would be, he explained.