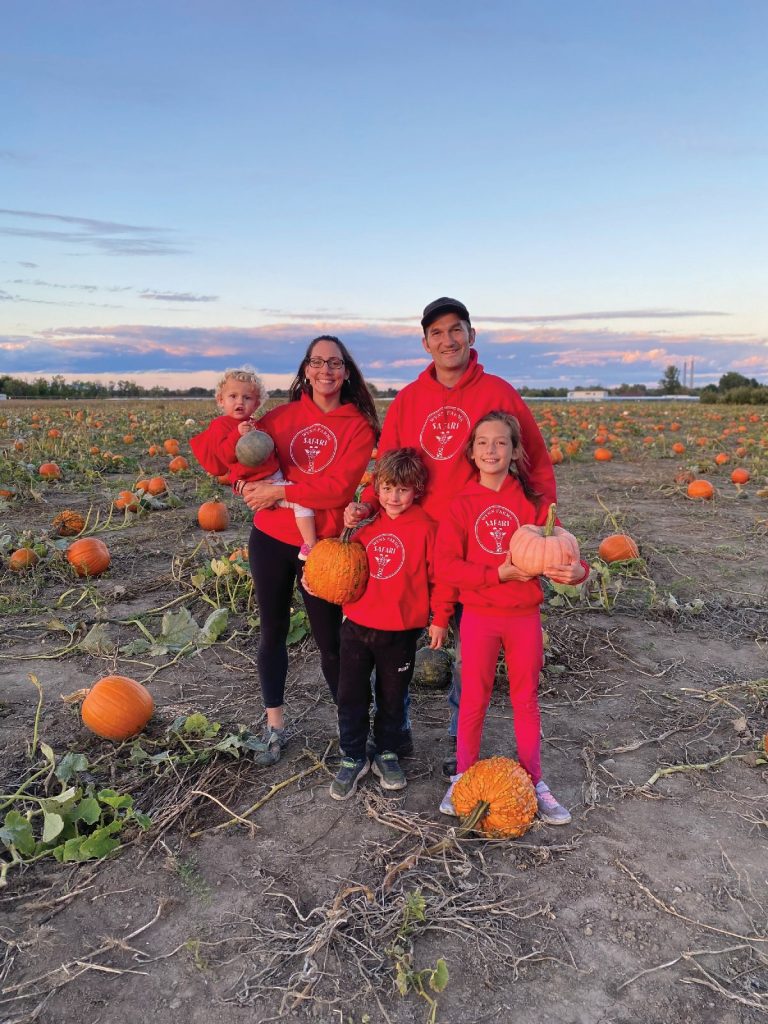 James and Sarah Wynn, of Napanee, had an excellent pumpkin harvest. The farm has diversified in its 10 years to include apples, a corn maze and a haunted Halloween event.

Fall just wouldn’t be the same without this bright-orange vegetable. And this year’s pumpkin harvest is looking great so far.

“They’re a really nice size and there’s lots of them. We were really rainy in the spring so that went well growth-wise. We got quite a bit of heat and dryness in the summertime but pumpkins are pretty drought resistant.

Although they do need water, they’re not as sensitive as other crops,” explained Wynn.

Harvest started at the start of September and ended around Halloween.

“It’s a great yield, it’s a full field of colourful pumpkins. People are quite keen on their fall decorations, we have many pumpkin pickers,” Wynn said. They also offer pre-picked options, provided by the 13 staff working on the farm.

Generally, a single pumpkin plant produces between two to five pumpkins, but miniature varieties can produce up to a dozen. They yield between 2,500 to 3,000 pumpkins per acre, depending on plant spacing, according to OMAFRA.
Diana McPherson, owner of Grills Orchards in Belleville, says her pumpkins were late coming in, but “once they started, they did very well.” It was too dry when they went in the ground in early May, but then came the rain in early June.

McPherson says the yield has been great this year and the pumpkins are larger than last year’s. She grows seven different varieties but the Howden variety, the classic jack-o’-lantern pumpkin, is most popular. She says the pick-your-own option makes up for 70 per cent of all pumpkin revenues, and the rest are sold in the on-farm store.

“It’s a really good pumpkin season this year. There’s a lot of them out there, it’s looking good,” McPherson said. She estimates that 80 per cent of her pumpkins are sold for decorative purposes and only about 20 per cent are bought for cooking and baking. But their store bakery sells various pumpkin flavoured treats including pies, muffins, loaves, and fudge.

Robbie Kiwan, owner of Kiwan Farms in Gloucester, has five acres of pumpkins this year and says it’s been a “good output” thanks to warm sunny days and an irrigation system. Kiwan says yields are very similar to last year’s.

His five acres of pumpkins are all sold at a nearby vegetable stand and he says people are eager to buy “funny looking tiger striped pumpkins” for decorating their homes. Kiwan says he’s glad his farm is now accustomed to pandemic regulations and things are running more smoothly than the 2020 season.

Joseph Stellpflug, owner of Stellmar Farm in Little Britain, says they’ve been “swamped” since their first weekend open in September, with sales being “comparable to last year’s”. He and his partner have six acres of commercial pumpkins.

So far, their yield is about 80 per cent of last year’s due to two drought periods. One in June for three and a half weeks affected the startup and one in mid-August affected growth.

“They’re very good quality. The pie pumpkins are great, the gourds are abundant, we’re happy with the quality of this year’s harvest. Sizing is about the same as last year, although the giant pumpkins aren’t as big as they should be,” Stellpflug said.