Growers pre-sell this year’s, next year’s and 2023 crop 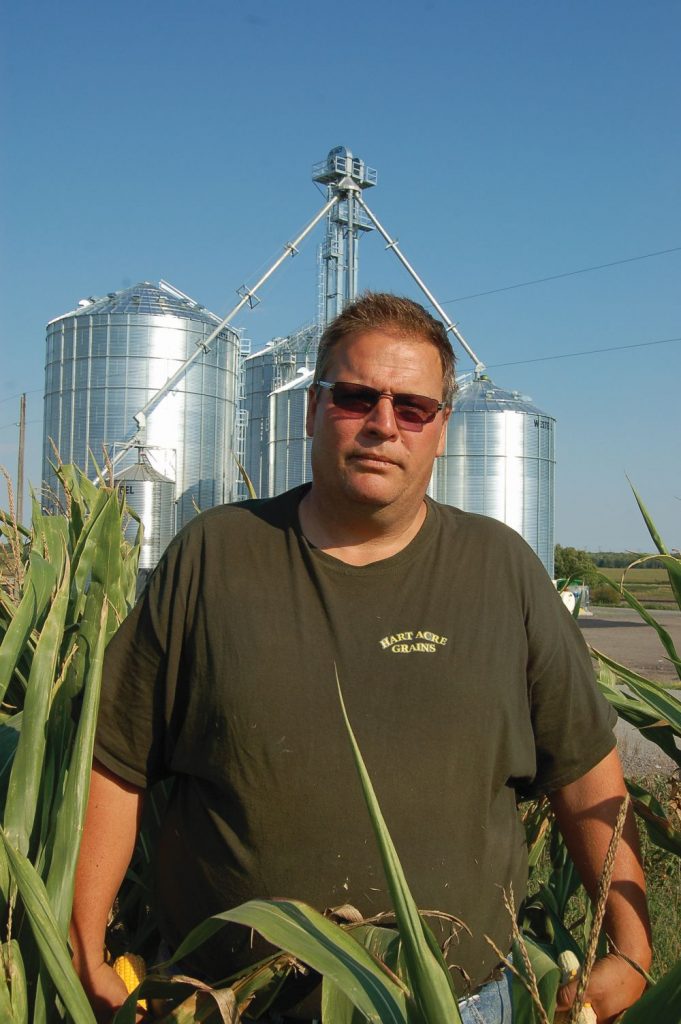 Prices have been so good across the board that the Greater Napanee owner of Hart Acre Grains said that his customers have already sold 75 per cent of their 2021 corn, soybeans and wheat.

The “good marketers” have also sold some of next year’s crop and the year after, he said. “About one-third of customers have already sold into 2022 and 2023.”
North Gower Grains’ Geoff Guy has also noticed heightened client interest in forward-selling both the 2021 and 2022 corn and soybean crops, especially through this past winter and into the early spring. However, a recent price dip has slowed down that activity somewhat. “New crop corn has probably pulled back $50 (per tonne) and soybeans have pulled back about $30,” observed the grain merchandiser.

“They’re off from the highs,” he added, “but they’re still very strong, attractive prices and farmers should probably be looking … if they don’t have anything sold (in advance), they probably should take advantage of some forward-selling.”

“This is probably one of our greatest years for forward-contracting,” Rutters Elevators owner Michael Aube told Farmers Forum on May 26. “We probably have 80 or 85 per cent of the 2021 crop all pre-contracted,” adding it would normally be 40 to 45 per cent.”

About 20 percent of the 2022 crop has also been presold, he said, compared to 5 per cent in a typical year.

He said a lot of growers typically pre-sell three tonnes of corn per acre and a tonne of beans per acre as a rule of thumb. Some are comfortable pre-selling before they even get out on the land; others hold off until the crop is planted and they see the growth emerging from the soil.

Kevin Wilson of Wilson Farms reported that almost 100% of his clients have forward-contracted some of their crop. As an aggregate total, over 80% of the crop handled by the Vankleek Hill-based operator has been presold, Wilson said.