BREAKING NEWS
23:20
Home News Featured News Grower about to throw out 15 skids of tomatoes when social media came to the rescue 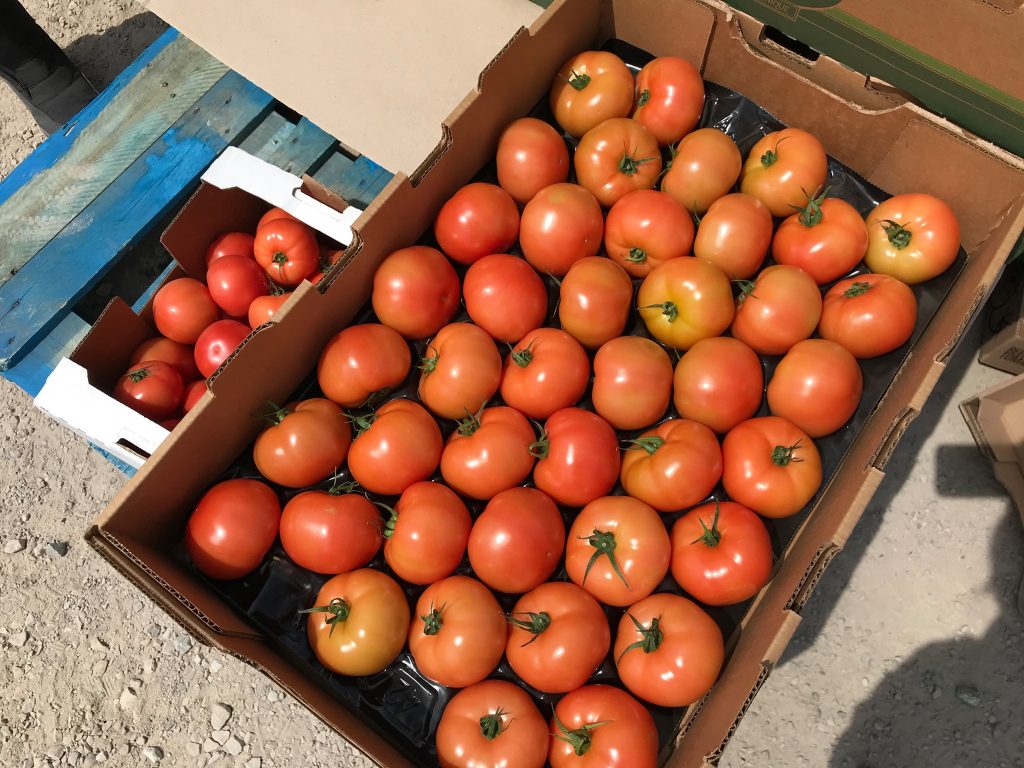 BLENHEIM — Rather than quietly trash 15 skids of unwanted tomatoes, a Chatham-Kent grower offered them at a loss on Facebook. By the next morning Platinum Produce had sold an astounding 480 tomato flats.

The farm not only unloaded the produce to the public at a dirt-cheap $5 per at but it helped raise awareness of the depressed market for domestic Ontario tomatoes.

“Last year, the demand for our tomatoes was so unbelievable, and now it’s just the opposite,” Platinum co-owner Gerard Verbeek told Farmers Forum. Verbeek blamed today’s paltry prices and lower demand on two factors: lock- down policies that have cratered the restaurant industry; and cheap imports.

“They’re still bringing in Mexican stuff, and we we’re looking at throwing ours in the field,” he said. “In all fairness, it was a point we wanted to get across. You can’t even find a Canadian tomato in the grocery store, and here we were dumping ours out.”

A supply of new tomatoes continues to be harvested, and according to media accounts, the operation planned to sell them for $10 a flat.