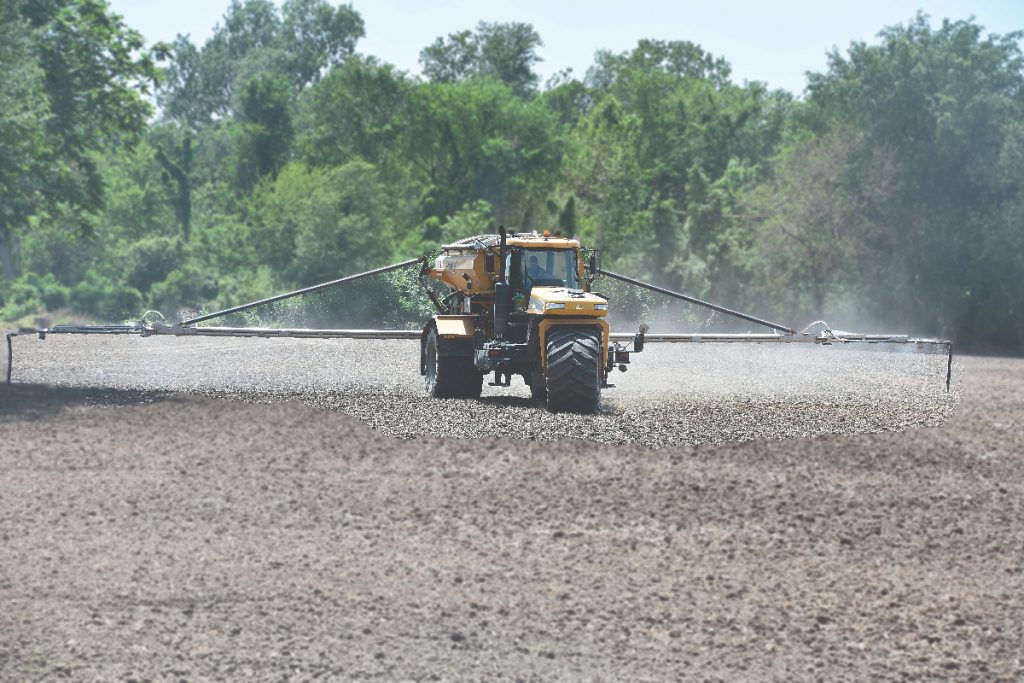 GUELPH — Two major grain-growing groups are demanding answers from the Trudeau government and relief from fertilizer tariffs imposed in the wake of Russia’s invasion of Ukraine over two months ago.

“Farmers need action now,” the Grain Farmers of Ontario and Grain Growers of Quebec say in a joint April 27 press release that indicates patience has run out during this “critical” time on the verge of spring seeding. “Despite repeated meetings and assurances that the government is working on a solution, the federal government has not announced a tariff solution for farmers,” they assert, adding it’s unacceptable for farmers to pay additional costs stemming from the 35% tariff on Russian and Belarusan fertilizer.

Grain planted today, they point out, “will have a direct impact on what grain is available at harvest time to feed people and livestock in Canada, as well as around the world.”

The government imposed the whopping tariff on all goods from Russia and Belarus — both big suppliers of urea and phosphates used by Canadian farmers — by revoking those countries’ “Most Favoured Nation” trading status, effective March 3. Fertilizer “in transit” on or before March 2 is supposed to be exempt from the 35% charge.

GFO Chair Brendan Byrne told Farmers Forum that his organization has been led to believe the in-transit exemption applies only to incoming shiploads of fertilizer reaching Canadian waters by that deadline. If so, then fertilizer ordered after February would be subject to a tariff penalty.

Some producers are likely being charged the tariff when buying fertilizer, he suggested. Others, he added, are being told to look for a forthcoming surcharge as they pick up their product. Suppliers are “asking them to sign an additional piece of paper” acknowledging the coming hit.

Circumstances can be different from one retailer to the next. “It creates a lot of uncertainty because people don’t know exactly what that amount is going to be on their bill,” Byrne said, adding that in some cases, fertilizer purchases made last fall could still be subject to the tariff because of the actual arrival date in port.

“The biggest risk in all of this is, if it’s not sorted out on the industry side, between government and the fertilizer companies, we just know it will be offloaded to the farmers, and it’s at a time when inputs are already sky-high,” Byrne said. He pointed out that fertilizer prices are up 42% anyway since war broke out in Ukraine — and double the cost from one year ago.

Farmers Forum has reached out to the federal government to see how much of this year’s anticipated importation of fertilizer will be subject to the 35% tariff — but has yet to receive an answer.
However, Byrne said that fertilizer vessels would usually arrive on a regular schedule through April and May, long past the March 2 tariff deadline, to meet demand at planting and again later for side-dressing.

Beyond the tariff, the hostilities with Russia have also slowed the fertilizer supply chain.. The GFO president highlighted how one particular ship was forced to sit for up to 10 days before being allowed into a Canadian port for unloading. “Any delays getting the ships in risks the planting season for Ontario farmers,” he emphasized.

Byrne also revealed that GFO will conduct a survey of producers this spring to get a better understanding on how suppliers are approaching the tariff with their customer farmers.