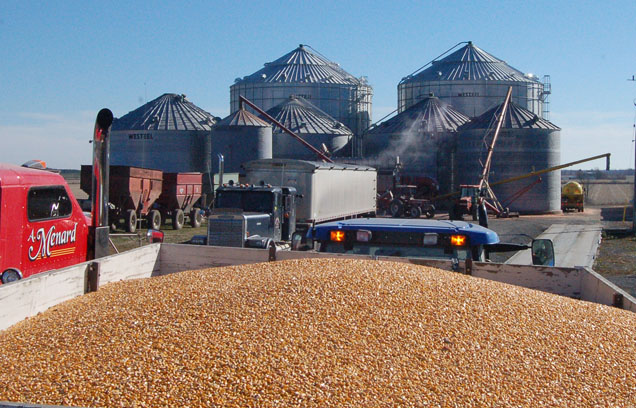 GUELPH — The province’s new regulations to drastically reduce a popular insecticide-treated seed are so unworkable to frustrated grain farmers that they are taking the province to court.

The Grain Farmers of Ontario (GFO) started legal action against the Ontario government in an effort to delay the new regulations that came into effect July 1 on neonicotinoid-treated corn and soybean seeds.

The GFO and Toronto environmental lawyer Eric Gillespie filed the request in the Ontario Superior Court to delay the implementation of the regulations until May 1, 2016, or until farmers can meet the regulations’ requirements. Gillespie said he will also be filing a request for a court hearing to determine if the province is forcing an unworkable seed ban on farmers.

The new regulations require farmers to get pest assessments before being allowed to use neonic-treated corn and soybean seeds on more than 50 per cent of their fields next year. Farmers will need a pest assessment on all fields that use neonics starting in 2017.

The province wants to reduce the insecticide-treated seeds used on most corn and soybeans fields, arguing that the seeds kill honeybees. The GFO argues that the province is giving in to emotionalism and is short on science, as it is cherry-picking studies while ignoring at least six other bee stressors.

Since most farmers order their seed in the fall, the new regulations appear particularly frustrating, as it requires them to scout for pests in the spring, which has already passed and next spring will be long after they order their seed.

“The government system appears to be unworkable,” Gillespie told a press conference. “There simply is no time to conduct assessments next spring, have them reviewed and get seed out to farmers all in the space of just a few weeks, given the large size of the grain industry in this province. But legally speaking, if you pass a law that for practical reasons simply won’t work, that’s known in law as a legal absurdity. That’s what we will be asking the court to find in this case.”

GFO chair and grain farmer Mark Brock agreed. “We’re frustrated with a one-sided consultation and the regulations are proof of being unworkable for the people that are most influenced by them. My hope and ultimate desire would be the government picks its head up and says ‘maybe we screwed up here and we need to have some better dialogue with the stakeholders involved,’ and then maybe we can have some influence on the policy direction they do take. We’re optimistic we have a case here.”

If the court agrees with the GFO, farmers will likely be able to plant as much neonic-treated seed as they like next year.

Brock would not say how much the lawsuit will cost but noted that GFO has not received any financial support from seed companies.