HANOVER — Southwestern Ontario’s wheat harvest turned out well — though the number of acres harvested was down substantially because of challenges at seeding time last fall.

Statistics Canada projects that Ontario wheat acres (most of which is winter wheat) were down 20.6% compared to last year, with the overall yield consequently dropping by a similar amount (22.7%).

In line with that, producers who spoke with Farmers Forum often said they managed to plant less wheat last fall — or killed off problematic stands after planting — but got good yields on those acres that carried through to harvest this summer.

Chatham-Kent-area grower Mark Huston of Kent County said his wheat harvest was “surprisingly good” and yielded just over 100 bu/ac. This year’s 42 acres, how- ever, was about a quarter of his normal planting, he said. 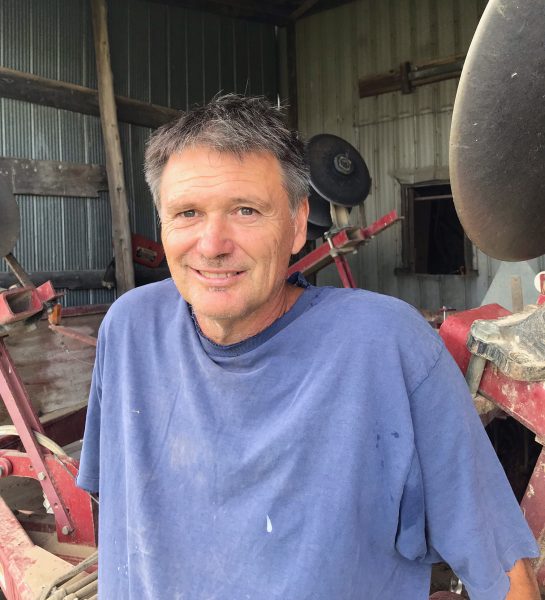 Another grower in that area, Greg Glasier, said he grew 55 acres of winter wheat and got a better-than-average yield — 90 bu/ac — for his operation. “The quality was good, the yield was good, and the price was good, so all the stars aligned,” Glasier said, attributing the outcome to a cooler than average spring.

“I had more planted but I had to tear some out because I tried to plant in November, and it just got too late of a start,” he said. “The fall was no good for later- planted wheat last year.”

Ernie Tellier’s entire winter wheat crop never made it to harvest. “Last fall, we got it in, and the rain came and destroyed it,” the Tilbury livestock producer said.

Tellier observed that the winter wheat in his area that made it into production turned out really well, which he saw first hand while picking up 800 acres of purchased wheat straw for his animals. “Everywhere we went into the fields, even though there was a drought, we got more straw this year than last year.”

“We’re happy; we’re good,” Schaus said. “We made money, and the rye crop was very good, too. One thing about the rye crop is it was more money per tonne than what we got for wheat, and endless amounts of straw.”