LONDON — A garbage truck is using waste to pick up waste. It’s powered by manure from local cows.

Bluewater Recycling Association, which collects waste from more than 20 municipalities in Middlesex, Huron, Perth and Lambton counties, has unveiled a waste collection truck that runs on renewable natural gas.

“It is identical to the other trucks that we have on the roads today that run on regularly compressed natural gas. This one will be running on renewable natural gas,” said Francis Veilleux, president of Bluewater Recycling Association. “The natural gas that we’re using to power the truck is coming from cow manure.”

The cow manure is collected from a Middlesex County dairy farm and placed into tanks that use bacteria to turn the organic waste into biogas, which consists of methane and carbon dioxide. The methane is separated and converted into renewable energy often used for fertilizer, or in this case, to power a truck. 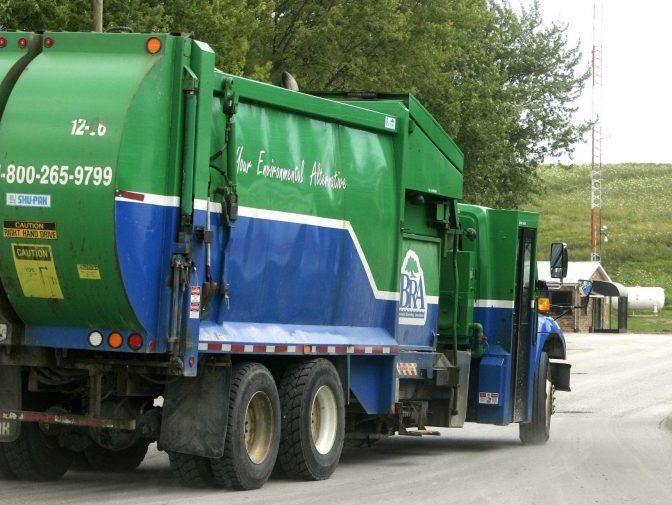 In the first six months, the truck will displace carbon dioxide emissions from 18,000 litres of diesel, which would be a reduction in greenhouse gases of more than what the truck will emit. That makes it a carbon-negative truck.

The natural gas production involves trapping and converting methane from organic waste, which otherwise would have been released into the air. The renewable natural gas replaces high-carbon diesel fuel in vehicles.

In addition to being less environmentally harmful, renewable natural gas trucks are half the cost of electric trucks and operate like diesel trucks.

Renewable natural gas in the waste industry will only become more common, said Tariq Qurashi, an alternative fuels specialist with Enbridge Gas Inc., one of the partners behind the carbon-negative refuse truck.

“This is an industry that’s set to take off,” he said. “As long as humans continue to eat food and produce organic waste and as long as you know that organic waste gives off methane, then capturing that methane and using it as truck fuel is a wonderful way of lowering anthropogenic greenhouse gas emissions.”

“If that goes well,” Veilleux said, “then our intention is to look at expanding the use of that fuel in the rest of our fleet. If someday we can get to 100 per cent renewable natural gas, that would be great.”