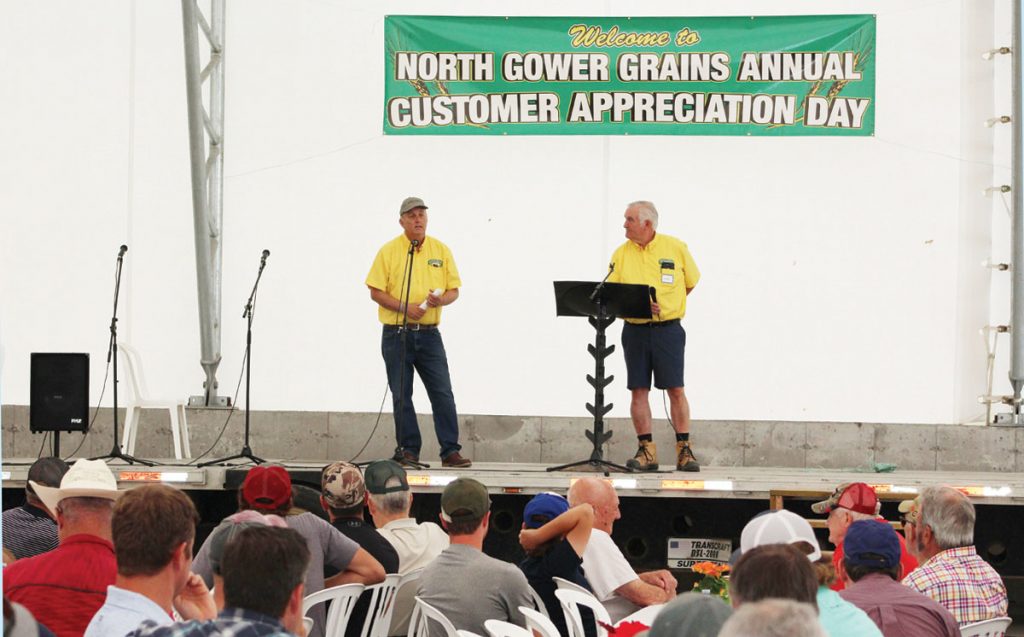 EASTERN ONTARIO — Dwight Foster had no desire to be a dairy farmer, and told his father so at the age of 18. It was the catalyst that switched the Foster family farm from dairying to cash-cropping in 1986.

Foster, now 55, remembers acquiring six beef cattle as part of the transition, simply to finish up the feed left over from the outgoing dairy herd. “And we made some money from those beef animals,”  he recalls. It was the start of what is now a 4,000-head feedlot operation.

Similarly, changing to cash-cropping all those years ago eventually spawned Foster’s better-known grain elevator business, as a similar practical solution to a problem: In 2007, Foster ran out of buyers with the capacity to take the farm’s entire harvest and found himself with 400 acres of corn that had nowhere to go. It was the spark that quickly led to the establishment of North Gower Grains, celebrating its 15th anniversary this year.

Those acres of corn overwintered in the field while Foster erected three 5,000-tonne grain bins. The project was only intended to handle his farm’s own requirements. Before construction wrapped up, folks were approaching him about storing their grain. “We didn’t ever think about building something commercially … then the light went on,” he said.

Those first three bins were ambitious in their own right and turned heads as they went up.  “We thought they were really big when we built them,” he says. “I actually had a neighbour come out and tell me I was a crazy fool to think I was going to fill these bins.”

But they filled them and then some.

The company’s existence has coincided with “15 good years to be in the grain industry,” he says with a tone of thankfulness. “We don’t know what the future holds,” he adds. “Margins are tight with higher input costs, but we need these better (commodity) prices to stay on top of things.”

Foster has watched as the Eastern Ontario grain storage sector has boosted capacity, while playing his own role in that.

Foster runs the business with his wife, Ruth Ann, and their five adult children.

“It’s a pretty straightforward business … you do a good job, you treat the people well, we’re always trying to give the customer the best customer service we can,” he says. “You just try the best you can.”

The grain and soybeans collected in North Gower are shipped out to a variety of end users and exporters aboard the company’s own fleet of eight transport trucks. “Soybeans go to crushers in Quebec, and some goes to exporters in Quebec, lots of different places,” he says. “Some of the wheat goes to the mills both in Toronto and Montreal.” Other delivery points include Ingredion in Cardinal, the Port of Johnstown and the Greenfield Ethanol plant.