ONTARIO — If 2020 was difficult for Ontario vegetable and fruit growers, 2021 is shaping up to be as bad or worse as the federal government has had time to throw up even more pandemic-related rules on the sector’s crucial foreign temporary workforce.

Where other “essential workers” routinely cross in and out of Canada without need to self-quarantine or test, temporary foreign workers who do the vital job of picking Ontario’s domestic fruits and vegetables are now subject to a trio of tests in addition to the two-week quarantine requirement.

The added testing burden has compounded the difficulty of putting these workers in the field, according to Eastern Ontario fruit growers, most especially a third rapid test that’s supposed to be self-administered during quarantine on the farm and in front of a webcam.

The worker is compelled to login remotely on day 10 of self-isolation to show an online nurse as they swab their own nostril (not the deep probe version, however) and place the sample in a container for shipment back to a lab. The worker can only be released from quarantine after 14 days and if that test shows negative.

However, because these workers all arrive on the same charter flights — thousands of them — the website is plagued by long waits as they all try to access the portal simultaneously on their collective 10th day in Canada, according to their exasperated employers. (Sixty thousand temporary foreign workers are employed each growing season on Canadian farms.) Then, once the test is finally completed and shipped off by courier, the system returns results so slowly, the worker may be stuck in quarantine longer than two weeks.

Morrisburg apple grower Dean Beckstead fears the men could be similarly tied up in quarantine after the start of the critical harvest period, with each day of lost labour a loss of significant revenue for the orchard. Beckstead pointed out the weather governs when the apples must be picked, not the farmer, a fact he suggests the testing program’s urban designers are not familiar with.

In the same vein, Beckstead also said the program seems designed for Canadian holidayers returning home to a life of cell phones, internet and WiFi.

And it’s the farm that will be prosecuted if something goes awry, he also pointed out, adding a federal official had already dropped by the operation once to ensure his first worker remained in the bunkhouse. “We’re on the line anywhere from $1,000 all the way up to $1 million,” he said of the strict potential fines should the farm break COVID protocols.

Last year’s challenges alone cost the farm 60 per cent of its apple harvest because the workers were delayed getting into the field because consular officials in Canada neglected to fill out paperwork. Beckstead said the farm was ordered to increase spacing between beds this year, from four feet to six. 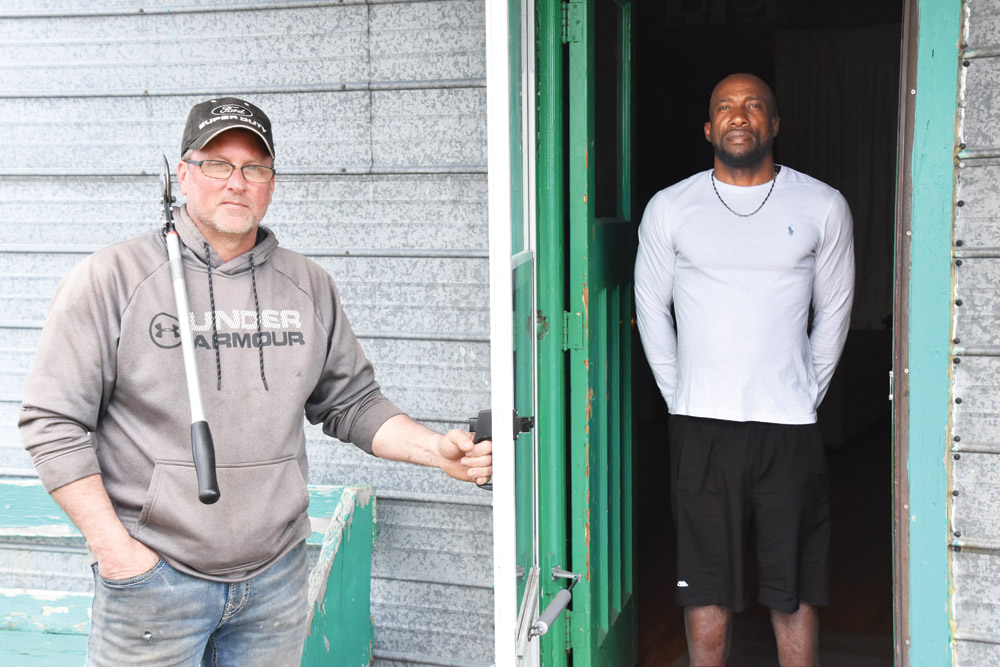 “I just hope that they open their eyes a little bit; it’s the people in the country that are paying the price… Yes, health and safety are number one, but we also have to make a living, to keep doing what we’re doing.”

The extra hoops and regulations around securing foreign labour also had Simcoe-area farmers steamed to the point of organizing a March 23 tractorcade.

Those Norfolk County producers complained of the added burden imposed by their local health unit, prohibiting more than three temporary foreign workers from being in the same quarters during their mandated quarantine and curtailing the number allowed to ride together from the airport, despite having travelled aboard the same aircraft.
The combination of those local rules and the new federal testing regime has “made the worker quarantine unmanageable from both the growers’ and the Haldimand-Norfolk Health Unit’s standpoint,” declares ‘The Farmers of Ontario’s Garden,’ a newly formed group that seeks to draw attention to the plight of involved farmers.

The group warns of a looming shortage of Ontario-grown fruits and vegetables this year “unless immediate solutions are developed.”

Cathie Schonberger, member of the group, said that her family operation had 18 workers due to arrive from Jamaica on April 1st. Highlighting one of the immediate hurdles, she said the local health unit won’t allow them to bring those employees home to the farm on a single bus, instead necessitating six taxi cabs. “That’s potentially putting six Canadians at risk instead of one,” she pointed out.

“It’s overdone, and we’re just trying to put food on the table, and we’re too busy with bureaucratic red tape to get to that,” she asserted.

After last year’s pandemic challenges, compounded by this year’s version, Schonberger says she and her husband are wondering about their future in agriculture. “I’ll tell you, I’m 57 and he’s 58, and we’re starting to think, why are we doing this?”

Beckstead is wondering the same thing. “It runs through everyone’s head: Is it really worth it in the long run, at the very end of it? If anything goes wrong … it comes back on us.”

MORRISBURG — Clifford Constack, of Jamaica, was in his 15th day of effective detention in the bunkhouse at Smyth’s Apple Orchard outside Morrisburg when he received his Day 10 negative-test result.

Standing in the bunkhouse doorway, Constack told Farmers Forum prior to getting his results that he was eager to get to work. “That’s what I’m here for,” he said on March 25.

But he was forbidden to set one foot out of that bunkhouse.

He would have been allowed out if there had been a fenced-off area to keep him enclosed. He was the only foreign worker to arrive at the orchard, where he was ef- fectively detained inside and alone.

In theory, he could have been out in the field pruning trees and getting paid — if not for COVID-19 rules that don’t take into account the vast social distance of working by oneself in a 100-acre orchard.

Constack is one of 17 Jamaicans slated to return to work at Smyth’s in 2021, and given the delay already experienced in his case, owner Dean Beckstead is not feeling optimistic about the process.