The cost of food remains the top concern for Canadians and is the main factor influencing purchasing decisions, the Canadian Centre for Food Integrity (CCFI) reported.

Based on an online survey of 2,918 adult Canadians in July, the 2022 Public Trust Research reported that Canadians are “extremely concerned” about five key issues:

The cost of food is the top concern among Canadians and increased eight points over last year. “Concern about the price of food is not just a blip in public perception, but rather, it is the central issue that is front of mind for Canadians,” the centre concluded.

Forty-four per cent said they were extremely concerned about food safety and the safety of food from outside of Canada.

On related issues, 39 per cent said they were extremely concerned about having enough food to feed people in Canada and 38 % are concerned about the humane treatment of farm animals.

The research also revealed that consumer attitudes have largely fallen back in-line with pre-pandemic levels. Canadians understand the ongoing effects of the pandemic on food costs, but overall, they are ready for a return to normalcy, the centre reported.

The Canadian Centre for Food Integrity is a national charity supported by about 50 agricultural and food industry stakeholders, and last year received $244,000 from the federal government, to help Canada’s food system earn public trust by coordinating research, resources, dialogue, and communications. 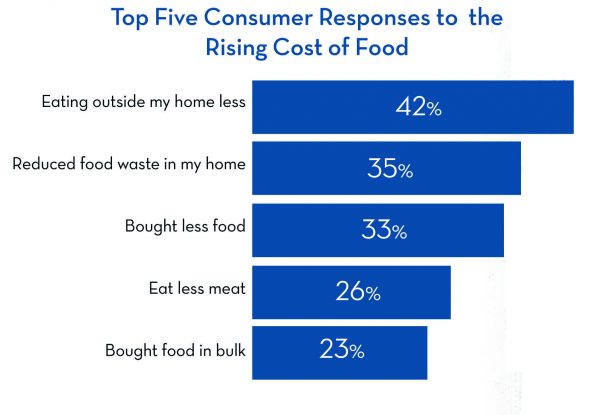 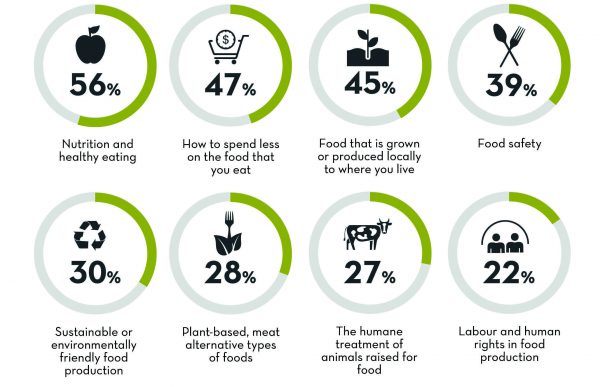 Consumers are most concerned about healthy eating. 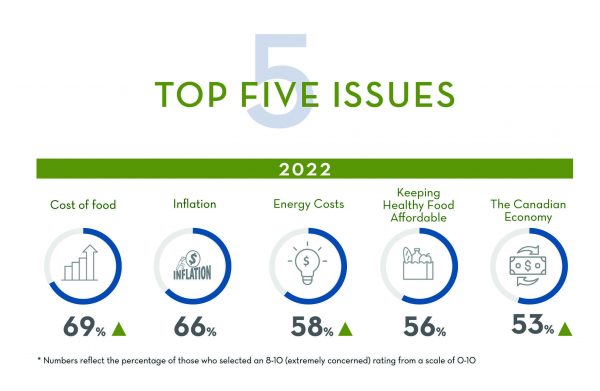 More than half of all Canadians are “extremely concerned” about these top five issues, according to the CCFI survey. 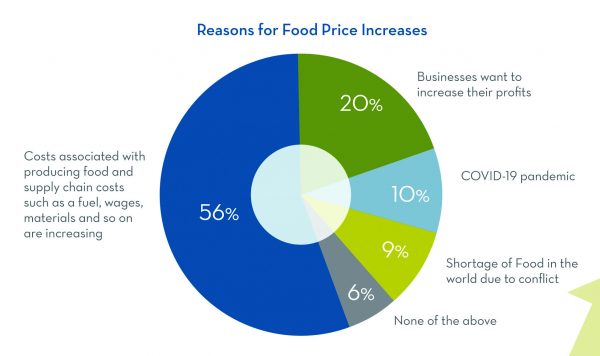