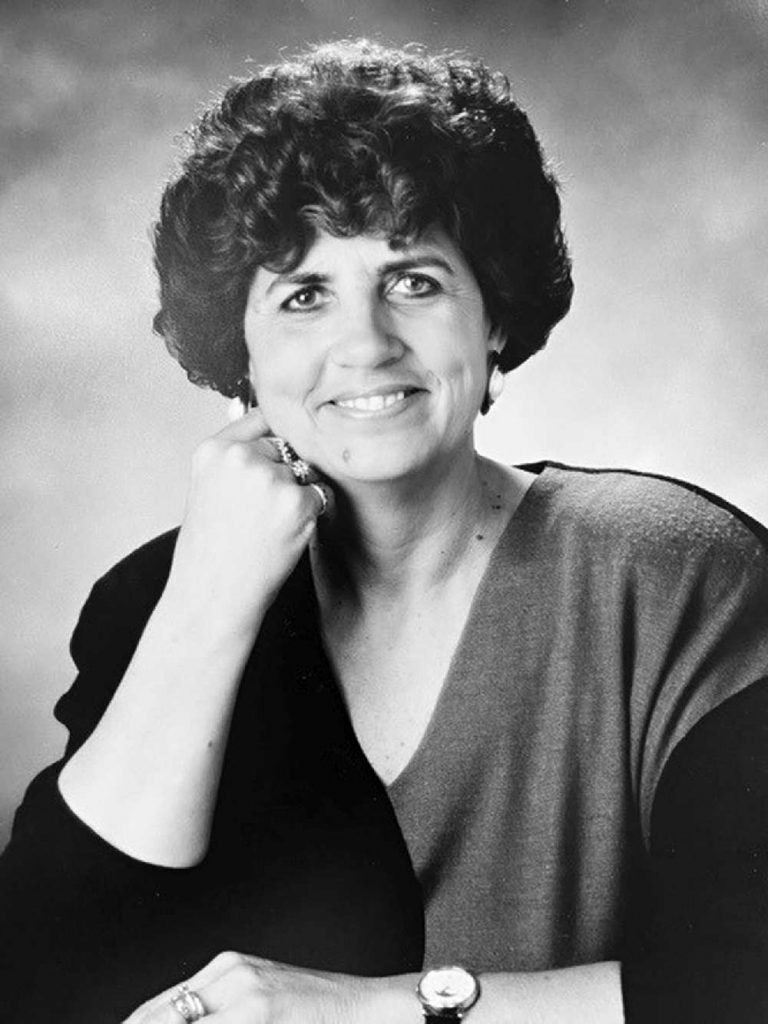 Dona Stewardson grew up on a farm and married a farmer. She was the first woman president of the Lambton County Federation of Agriculture.

Eighty-four-year-old Lambton Shores resident Dona Stewardson is the first woman inducted into the Lambton Agricultural Hall of Fame after a lifetime of prominence in the agriculture industry.

“The purpose of the Lambton Hall of Fame is to honour and recognize businesses, individuals, and organizations that have made a significant contribution to agriculture in Lambton County and outside its borders,” said Joanne Sanderson, chair of the board. The hall of fame began in 2010 and has since inducted 16 men.

Stewardson’s life is farming. She was raised on a dairy farm. She ended up marrying a farmer, with whom she bought a 100-acre farm in Bosanquet Township in 1957. They started off with 10 Holstein cows, hogs, and laying hens. They later increased the farm to 600 acres, grew their herd to 80 Holsteins, and had three sons.

“I was born on a farm, I married a farmer, and I love farming. It’s simple,” Stewardson said.

As a working mother, Stewardson understood that women in agriculture needed more support. She helped in the formation of the Lambton Rural Childcare Program, which is still running today. The centre offers home-based, school-based, and centre-based childcare within the Sarnia-Lambton and Chatham-Kent areas.

Stewardson also helped start a program in Lambton called agriculture in the classroom, part of a national charitable organization that helps students connect with Canadians working in agri-food and learn about the industry through inquiry. She was a voice for agricultural education in her area.

In 1988, Stewardson was elected as councillor for the Township of Bosanquet (now Lambton Shores) and held the position for three years.

A nature-lover and eco-activist, Stewardson was on the Sarnia Chamber of Commerce Environment Committee and was named ‘environmentalist of the year’ in 1988. She was a field inspector with the Rural Lambton Stewardship Program, then was on the Remedial Action Committee advisory board for St. Clair River and Lake Huron. She was chair of the OFA Environmental Committee and was a part of the Provincial Advisory Committee for rural development, among many other things.

“It was so exciting, the whole thing. Being inducted into the hall of fame is the icing on the cake. People really appreciated what I did and while I was doing it, I was just so happy. One thing led to another and it’s hard to believe that I was involved in so many things,” Stewardson said.