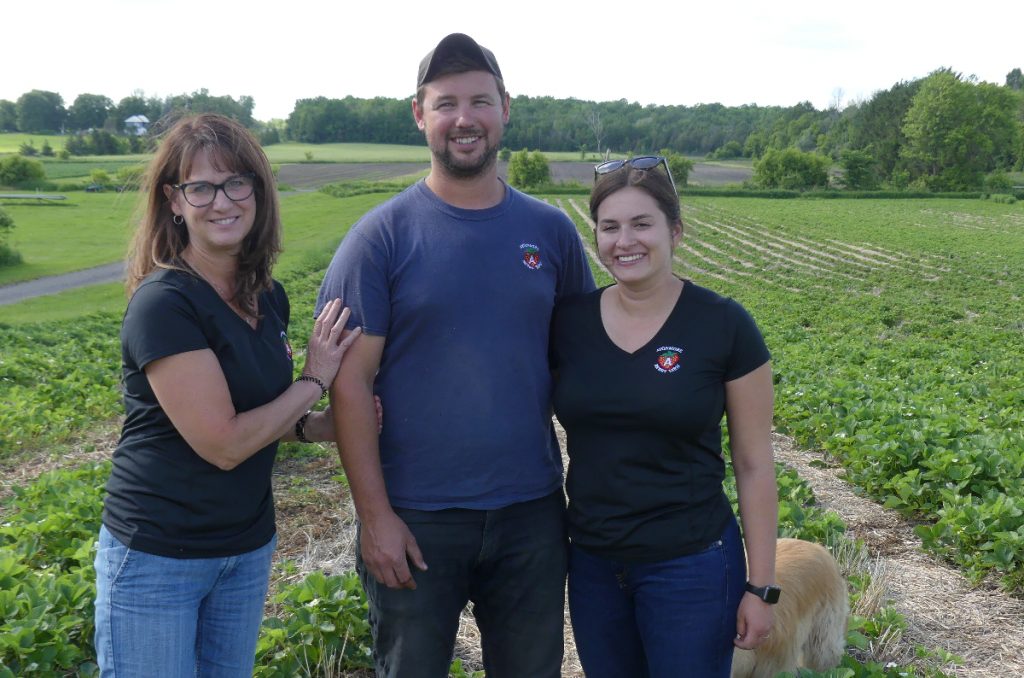 Pam Phillips (left), along with son Andrew and daughter-in-law Laura, and daughter Megan (not pictured) carry on the family’s produce farm after the loss of Pam’s husband.

AVONMORE — A year after his unexpected death, David Phillips’ legacy lives on through his family and the continued fruits of their labours at Avonmore Berry Farm.

It’s the eve of the 41st strawberry season at the operation, and the new crop’s sweet smell wafts off the fields. 2022’s customer crowds will soon descend upon the farm to buy pre-picked berries — or kneel down amid the rolling greenery to pick their own — first in a series of vegetable and fruit crops.

“David wouldn’t want us to be doing anything but this,” explains David’s widow, Pam Phillips, seated at a picnic table with son, Andrew, 30, and his wife, Laura, 25, whom he married last month.

Well known in Ontario’s fruit-growing industry, the 56-year-old man of energy and ideas died in hospital on June 4 last year — four months after undergoing a lung transplant to treat the hereditary condition pulmonary fibrosis —  and his survivors say the loss is still a lot to come to grips with.

“We were so sure he would be back at the farm (after the operation). We didn’t think there could be any other outcome,” Pam says.

She says that, in hindsight, they never talked enough as a couple about what would happen if one of them passed away. She observes that people generally aren’t communicating enough with their farm partners on the subject — but should be.

David had some limited input in the farm operation in the leadup to the 2021 season. He ordered the plants, seeds and baskets before Christmas and regularly went to Toronto for physiotherapy, leaving Andrew to order everything else for the first time. Andrew, who grew up working alongside his father, recalls the last decision he asked his father to make, about clearing some cropland. He got the required nod after “Mom put the phone to Dad’s ear” at his ICU hospital bed. 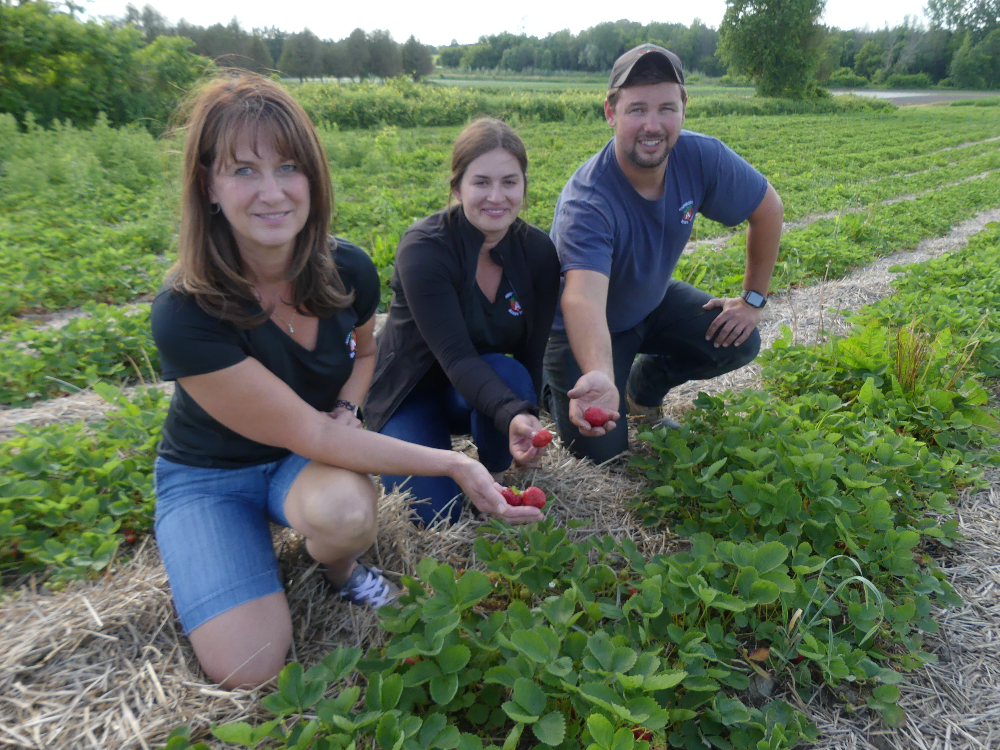 Today, there are no more phone calls to his father, and Andrew — now in the primary ‘farmer’ role at the operation — admits he daily wonders how David might handle one issue or another as they arise.

An enormous help are the extensive daily farm notes his father left behind. “He has a book in the shop, and he called it his bible, and I would not have gotten through last year without that,” he says.

“I feel like he’s still talking to me, reading them,” he says.

Laura, who began working full-time at the operation last year, can vouch for that. She recounts how they were trying to find the farm’s spray rake, when they noticed its location was highlighted in the book. “He knew we needed it, and it was just highlighted.”

Phillips’ daughter, Megan, works as the bookkeeper at the 200-acre operation.

Beyond strawberries, Avonmore Berry Farm is known for its raspberries, sweet corn, apples and a variety of other vegetables.  Produce is sold almost exclusively at several farmers’ markets and the farm gate. The business employs up to 35 locals during the season, as well as 10 temporary foreign workers.

Pam says their workforce is key to the farm’s success and that support from the community has been unwavering. “There is really good support in this community. We’re lucky to live where we live. I can’t express that enough,” she says. 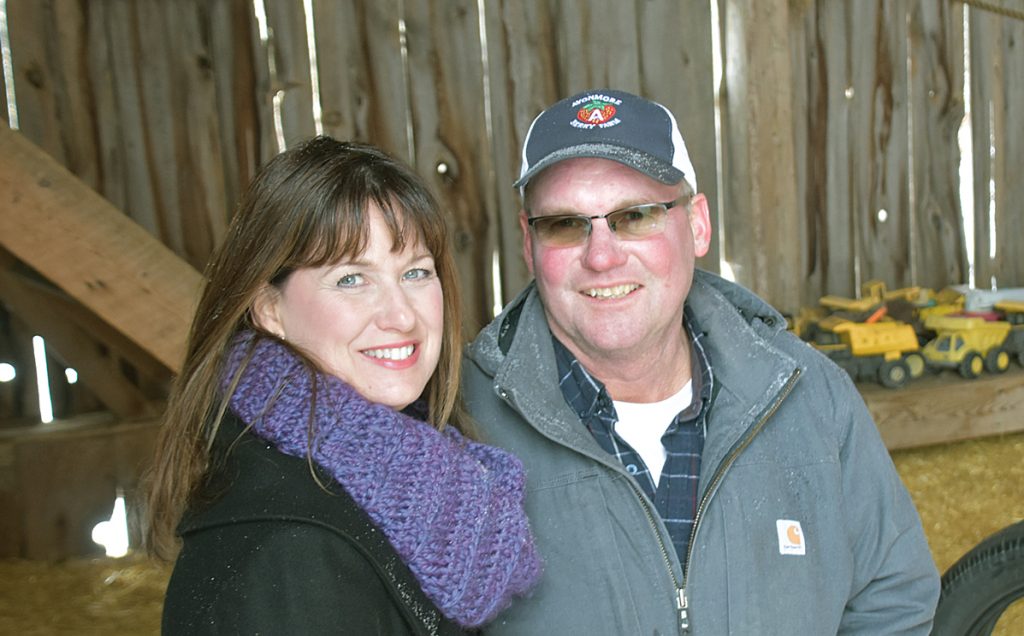