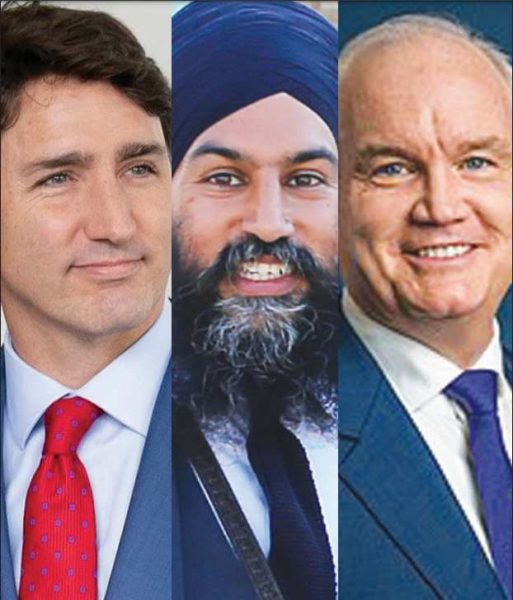 As expected, Prime Minister Justin Trudeau called a snap election and Canadians will cast their verdict Sept. 20 on his minority government.

Until then, what are the political parties selling that may be of interest to rural and agricultural Ontario? Here’s a snapshot.

The Liberal Party was late in revealing a full platform. However, the Grits can be assessed on their legislative agenda of the last two years, understanding their reelection would mean more of the same.

• Bill C-10 was defeated but the Liberal Party wants a majority government to bring it back. The bill would give a majority Liberal government the most restrictive internet censorship in all of the free world. It would allow a Liberal-appointed commissioner to determine what can be seen and viewed on the internet. It would also mean that for the first time the government would be able to censor newspapers.

• The Liberals worked — unsuccessfully — to defeat private members’ Bill C-208. But the bill was applauded by ag organizations and the change of law now makes it easier for farm families to sell their businesses to the next generation at the same lower tax rate as if selling the farm to an unrelated third party.

• The Liberals imposed an unpopular carbon tax on the country and ran out the clock on a private member’s bill (C-206, which died on the order paper in the Senate after the election call) that would have exempted agricultural grain-drying from the growing levy.

• Voters need to look no further than Trudeau’s 2021 budget for a further reflection of his party’s activist thinking on shaping agriculture toward state goals. The budget includes a $200-million “on-farm climate action” initiative to “improve” farmers’ nitrogen fertilizer management and cover cropping practices; $60 million to protect existing wetlands and trees on farms, “including through a reverse auction pilot program,” and $10 million to move farms toward clean energy and weaning agriculture off diesel.

• Some farmers may blur the line between personal and business use on beautiful pickup trucks. But a personal truck costing more than $100,000 will be subject to a new luxury tax, under the Liberal budget.

• Cut daily childcare fees to $10 — outside Quebec — over the next five years.

• Spend $87.4 million over five years to ensure the federal procurement process creates opportunities for businesses whose owners are Black or Indigenous.

• Impose a ‘house-flipping’ tax on anyone selling a home less than 12 months after its purchase.

• Balancing the books is not a goal. The party promises to raise spending by $78 billion over the next five years.

• The Conservative Party says it will respect and defend supply management for Canada’s dairy and poultry farms and ensure that farming families are engaged in any trade negotiations or programs impacting the sector and that the Minister of Agriculture is at the table for those negotiations.

• Within first 100 days in office, negotiate a compensation package for farmers and processors impacted by the Canada-U.S.-Mexico Agreement on Trade.

• Work with the provinces to adopt a grocery supply code to deal with retailers’ “abusive pricing and contracting practices” against farmers, producers, and processors.

• Extend “right to repair” to farm vehicles, giving farmers the option on where to repair their vehicles.

• Instead of $10 daycare, the Conservatives would offer a tax credit to all families. This would allow all parents to benefit, as it would extend to parents who don’t send their children to daycare.

• Give Canadians a month-long holiday from the five per cent federal goods and services tax portion of the HST.

• Defer all capital gains tax when selling a rental property and reinvesting in rental housing. This would apply to both individuals and companies, allowing them to put off paying such tax until they divest from rental housing completely. The move is intended to spur the market into creating more much needed rental housing — benefiting both landlords and tenants.

• A pledge to balance the budget within 10 years.

• The NDP says it will connect Canadians to farmers through local food hubs, community supported agriculture and other networks to promote local and regional markets.

• Develop a National Food Policy, including food labelling and traceability, and develop a strategy to reduce food waste.

• Slap a price cap on cell phone and Internet bills and expand broadband coverage to every Canadian community in four years.

• Set up prescription drug coverage for every Canadian citizen and permanent resident in 2022.

• Set up a Crown corporation in charge of domestic vaccine production.