Fears about food and good news about pesticides and fertilizers 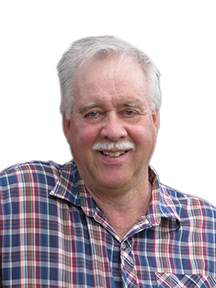 Maynard van der Galien is a Renfrew County farmer and avid gardner and has been writing about farming for more than 20 years.

A variety of beliefs exist about the effect of commercial fertilizers and crop protection products on our food supply and well-being. Some people firmly believe that home-grown, backyard produce is so much better than the “stuff” in the store because home-grown means organic — grown without chemical fertilizers or pesticides. Now pesticides are another matter, but I always have to chuckle when I hear someone talking badly about commercial fertilizers.

The very mention of the word conjures up a host of images — most of them bearing little resemblance to reality. Despite fertilizer’s role in advancing the Green Revolution and helping sustain the world’s food supply, it is little understood as an essential component of crop production.

The main nutrients in most fertilizers are not manmade. They exist in nature. Nitrogen, phosphorus and potassium all come from the land and the air. Nitrogen is made from natural gas and air. Phosphorous is mined in places like Florida. Potash is mined underground in Saskatchewan.

You might wonder, then, why nature can’t provide what the soil needs. Why add fertilizer? Well, it’s because the crops remove them. As plants grow, they take the nutrients they need from the earth. At harvest, these nutrients are taken with the crop, leaving a shortage for the following season. Fertilizer completes the cycle by recycling nutrients back to the land for new crops to use.

NPK fertilizer is primarily composed of three main elements: Nitrogen (N), Phosphorus (P), and Potassium (K), each of these being essential in plant nutrition. There are secondary nutrients such as sulfur, calcium and magnesium and micronutrients such as baron, cobalt, copper, iron and manganese.

Among other benefits, nitrogen helps plants grow quickly, while also increasing the production of seed and fruit, and bettering the quality of leaf and forage crops. Nitrogen is also a component of chlorophyll, the substance that gives plants their green color, and also aids in photosynthesis.

Phosphorus, also a key player in the photosynthesis process, plays a vital role in a variety of the things needed by plants. Phosphorus supports the formation of oils, sugars, and starches. The transformation of solar energy into chemical energy is also aided by phosphorus, as well as is development of the plant, and the ability to withstand stress. Additionally, phosphorus encourages the growth of roots, and promotes blooming.

Potassium, the third essential nutrient plants demand, assists in photosynthesis, fruit quality, the building of protein, and the reduction of disease

What is in organic fertilizer?

The main “organic fertilizers” are, in ranked order, peat, animal wastes, plant wastes from agriculture, and sewage sludge. In terms of volume, peat is the most widely used organic fertilizer. This immature form of coal confers no nutritional value to the plants, but improves the soil by aeration and absorbing water. Animal sources include the products of the slaughter of animals. Bloodmeal, bone meal, hides, hoofs, and horns are typical components. Organic fertilizer usually contains fewer nutrients, but offer other advantages as well as appealing to environmentally friendly users.

For some people, scientific progress can be intimidating. Thanks to sensational media headlines and clever social media campaigns, terms like biotechnology, GMOs (genetically modified organisms) or GM foods and genetic engineering can strike fear into people.

Biotechnology involves introducing desirable traits from one organism to another and the beneficial use of organisms. Bread, beer and wine, which are produced with the help of yeast, are an early version of this type of science, even going back to biblical times. More recently, vaccines, antibiotics, and other medicines have been produced using biological agents.

I was certainly hesitant about accepting genetic engineering when it was talked about in the late 1990s. The pros and cons were discussed at a Christian Farmers Federation of Ontario workshop and it was decided the best approach was to “proceed with caution.” That became the CFFO’s position.

As for pesticides, every plant contains over 50 natural toxins to protect itself.

Now, despite all the positives I’ve written about, there is a nagging question: why are we seeing an increase in autism among children, anxiety disorders, fibromyalgia, celiac disease, colitis, Crohn’s disease and other illnesses not heard of 50 years ago? Are they related to the foods we eat, to pesticides, herbicides, our modern farming methods, the environment?

At the same time we are healthier and living longer than ever before. So until we can answer some of these questions, I will continue to be careful with what I eat, especially processed foods.”