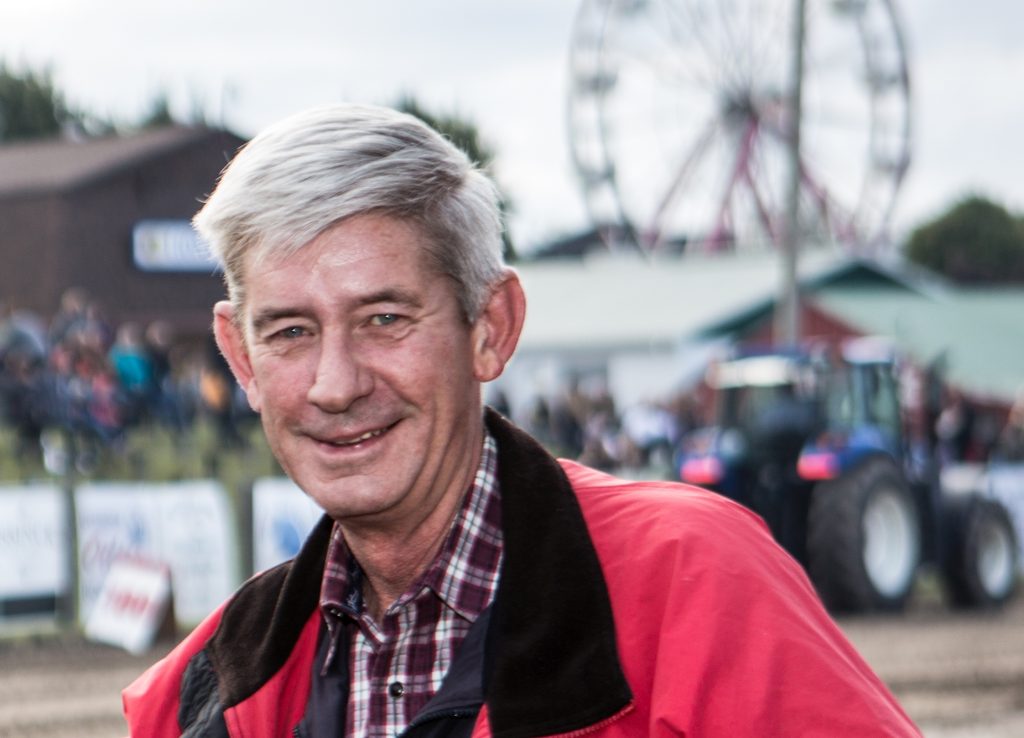 Gary Grant Hill had a mesmerizing patter and a joke for every occasion. (J. Cavers photo)

Hill and his voice were fixtures for decades at the Uxbridge Fall Fair, where he was the perennial tractor pull and demolition derby play-by-play announcer.
“Remember, for every mile of road, there are two miles of ditch!” he would declare to departing spectators after an evening show.

“Gary was with us for over 40 years,” fair manager Dave Dickie told Farmers Forum, adding he also served early on as announcer at 4-H cattle competitions. He got his start at the microphone by calling the horse-pull event as a 19-year-old budding auctioneer. “Everybody knew him,” Dickie said.

Hill also had a sense of humour and was capable of riling up his audiences at the Uxbridge Fair. His repertoire of trademark jokes were “the best, even when they were bad,” Dickie noted in the eulogy. 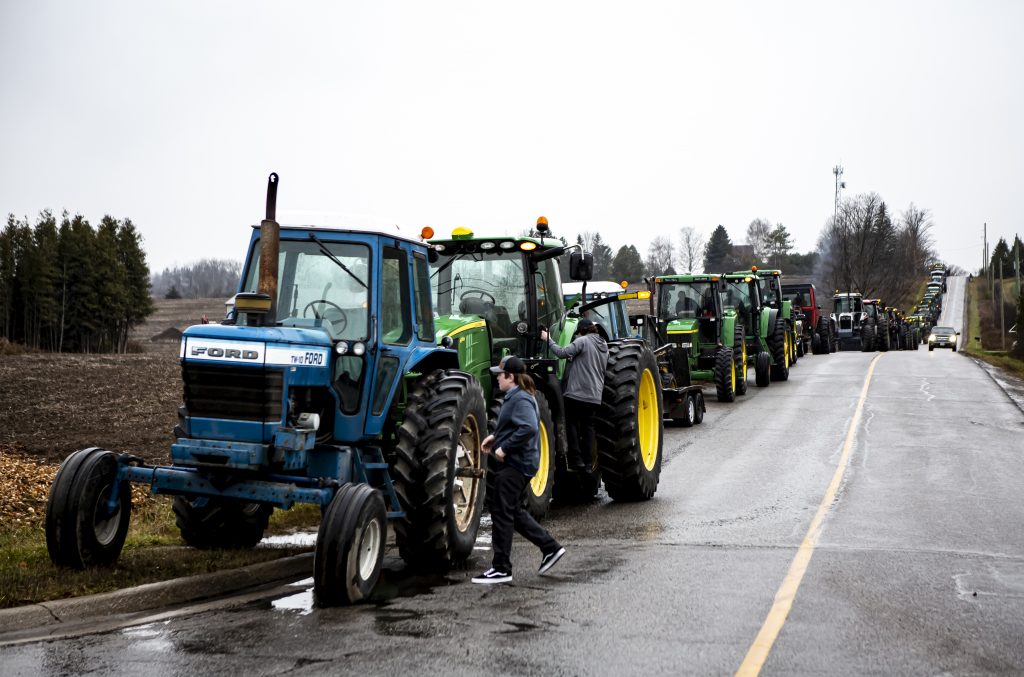 Willing to try new things as announcer, Hill even performed that duty while competing behind the wheel in the demolition derby and tractor pull, mic in hand. “This produced some of his best commentary to date, with a few sudden reactions and exclamation points.”

Raised on a farm in Zephyr, Hill captured the Canadian champion auctioneer title in 1995 and 1996. Those same years saw him place as respective second runner-up and first runner up at the world championships.

“He was a brilliant auctioneer,” write Thom and Judie McLauchlin, on their local auction promotions website. The McLauchlins say they were “incredibly saddened” to hear of his passing and that “the auction world has lost one of its stars.”

“We first encountered his mesmerizing patter when he was just a young man and we accidentally came upon one of his auctions,” recall the operators of theauctionadvertiser.com.

“We immediately became big fans. He was fast, funny and fair…. Gary will be missed by his family, friends, loyal followers and the entire auction community.”
During his four-decade career, Hill oversaw thousands of auctions selling everything from antiques, furniture and collectibles to real estate, livestock and farm equipment.

“The farming industry in Uxbridge will miss him as well,” said Auctioneers Association of Ontario president Phil Faulkner, who grew up with Hill and was shocked to learn of his death. “He was good at what he did, and the good ones have integrity. Gary had it.”

Hill’s obituary reports that he passed away peacefully as his family surrounded him. A celebration of his life was held Nov. 14 at the Uxbridge Sales Barn, the continued base of operations for the company he founded in 1983.

His wife, Marsha — “partner in life and in business” — survives him, as do his two children, his mother and other relatives.