Farmers see 60 bushels per acre of soybeans or more 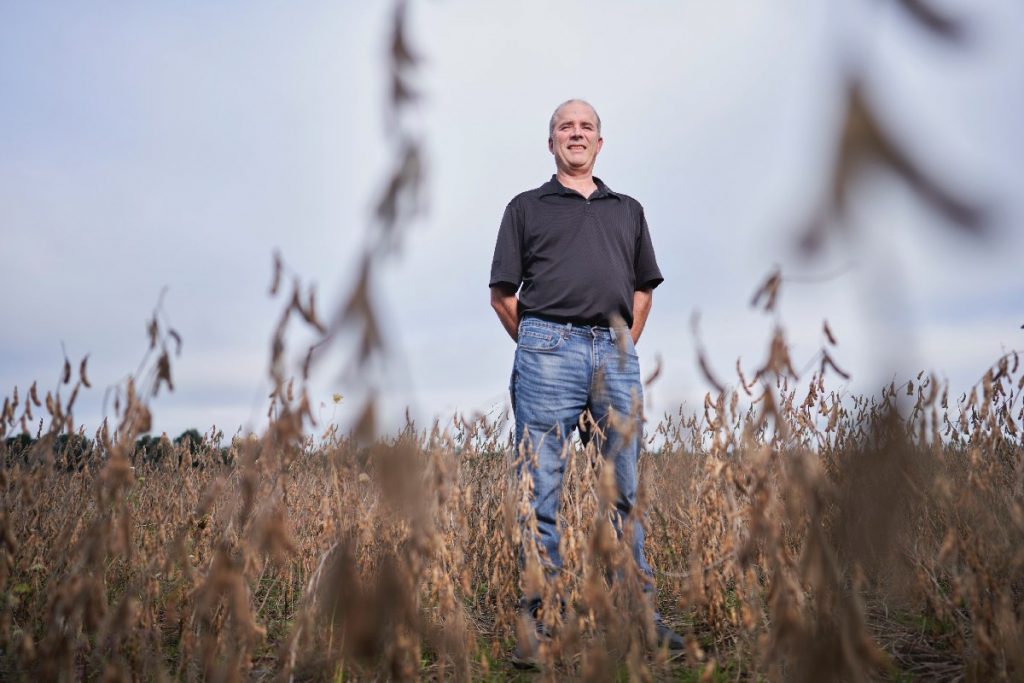 “It looks like it’s going to be a great crop …Everything kind of clicked,” said Paul Hill, who farms at Bayfield in Huron County.

Hill’s optimism is borne out by two forecasts based on grain tours by the Great Lakes Grain and the Great Ontario Yield Tour. Both forecasts say soybean acres look good and are maturing ahead of schedule and the province will possibly produce record or near record yields and well above the average of about 46 bushels per acre.

Essex County led the pack with a projected yield of around 59 bushels per acre from both forecasts. Neighboring Chatham-Kent is right behind with a forecast of 58 bushels per acre. Haldimand — Norfolk, Grey-Bruce and Huron Counties were close behind. The record yield for the province is 53 bu/ac set in 2018.

Emily Charbonneau farms in Chatham-Kent said she is expecting a soybean harvest in the mid-60 bushels per acre range. While that’s an impressive yield, she said it would not be a record for her farm.

She said some fields near Port Dover were swamped with heavy rains in July but her farm south of Chatham escaped the deluge.“Fertilizer prices are way up and that’s not great, but so are crop prices… We certainly don’t have any complaints this year,” Charbonneau said.

Henry Van Ankum, who farms near Arthur in Wellington County, said he is expecting to harvest about 60 bushels per acre. “We had a nice combination of heat and moisture… I don’t know if we will set records but it is certainly a good strong crop,” he said.
Van Ankum said he is happy to see soybean prices remain fairly strong, but his costs are always up. “We are seeing some huge increases in the price of inputs and that puts quite a dent in things,” he said.

Grain Farmers of Ontario chairman Brendan Byrne said the soybean fields in Essex County are definitely looking good and harvesting in his area has started at least two weeks earlier than usual. He said soybean harvest forecasts are always tricky, but it could be a record crop. “A lot of people are hopeful that will be the case,” Byrne said.

Byrne said good conditions in the spring got the soybeans off to a promising start, and while there may be some regional variations due to weather, he said the overall outlook is positive.

Scott Persall, who farms near Waterford in Norfolk County, said timely rains compensated for a dry spell early in June. “It will be one of my better yields — in the Top 10. Mother Nature played us a good hand this year,” Persall said.