Farmers grew sunflowers for a change and got surprising results 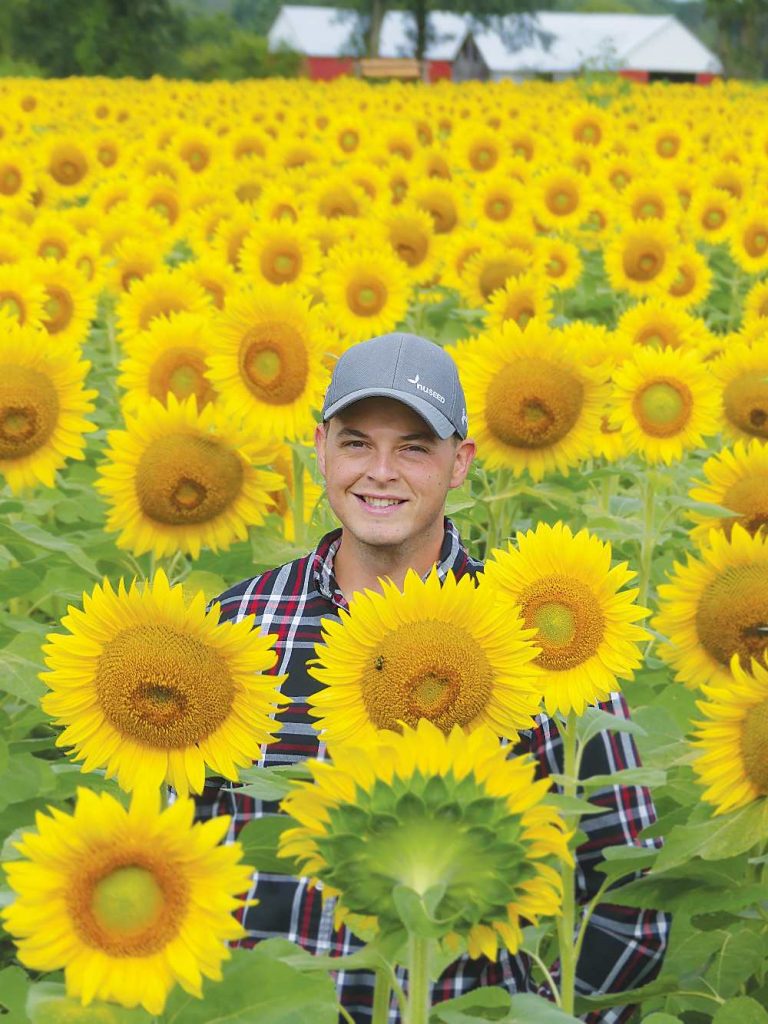 Jakob Vogel was tired of growing corn and soybeans on the same 80 acres. So he planted sunflowers. (Nelson Zandbergen photo)

More than 400 paying customers show up on opening week

MONKLAND — Uninspired by the same old commodity crops, Jakob Vogel and Stephanie Allen, both 28, wanted to do more with the 80-acre patch of farmland surrounding their home. So they’ve made the place bloom with sunflowers and launched Eastern Ontario’s newest agritourism draw — Fields of Gold.

“We’re doing something hands-on, which is quite rewarding,” says Jakob, leading an early-morning tour of the couple’s 20-acre sunflower field.

It’s a bright antidote to the “same old corn and beans thing,” he admits had spurred conversations of selling the property as they entered their fourth year as small cash-crop farmers with off-farm jobs. (He’s a dairy nutritionist, she’s a teacher, and they bought the property from his parents, Paul and Linda Vogel.)

The reimagining seems to have won public appreciation. More than 400 people turned out for their first week of operation — an opportunity to walk through easy paths amid sunflowers offering endless photo opportunities. Fresh-cut sunflowers are available as part of the experience. Admission is $15 per adult; $10 per child. He hired three part-time summer staff.

He says visitors came from as far away as Perth, Montreal and Toronto. “We’ve been very, very impressed.”

The picturesque field comprises two halves planted two weeks apart to extend the season in bloom. Each side is expected to be in its prime for about two weeks, with considerable time overlapping. “They’ve been blooming three weeks already,” he happily observed.

When the blooms are done, Vogel anticipates a harvest of about 200 tonnes of sunflower seed, using a specially set-up corn combine head. He says they will package the harvest on-farm for the birdseed market. He also reports plans to experiment with making sunflower seed oil this fall. 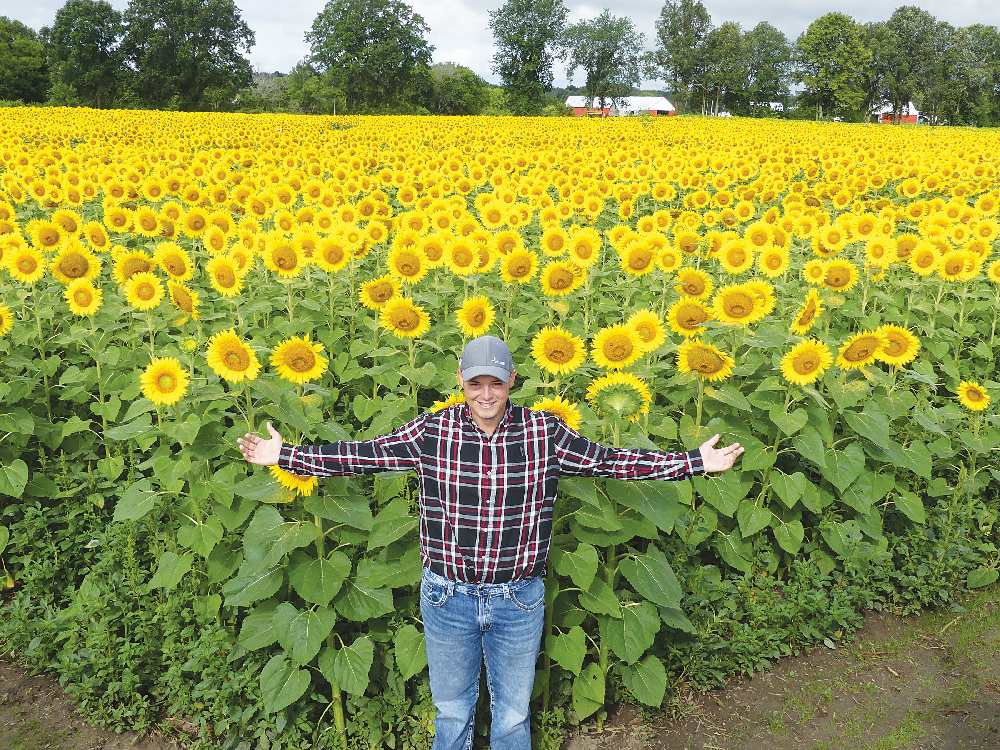