WINDSOR-ESSEX — Just as the region’s greenhouses were becoming laden with vegetable crops, the Windsor-Essex medical officer of health cut the operators off from the foreign workers needed for the harvest.

In a move seen nowhere else in Ontario or Canada, Dr. Shanker Nesathurai abruptly prohibited farms from bringing in temporary foreign workers for three weeks from January 13 and Feb. 1 inclusive. Nesathurai issued the order Jan. 11, prompting fury among producers. 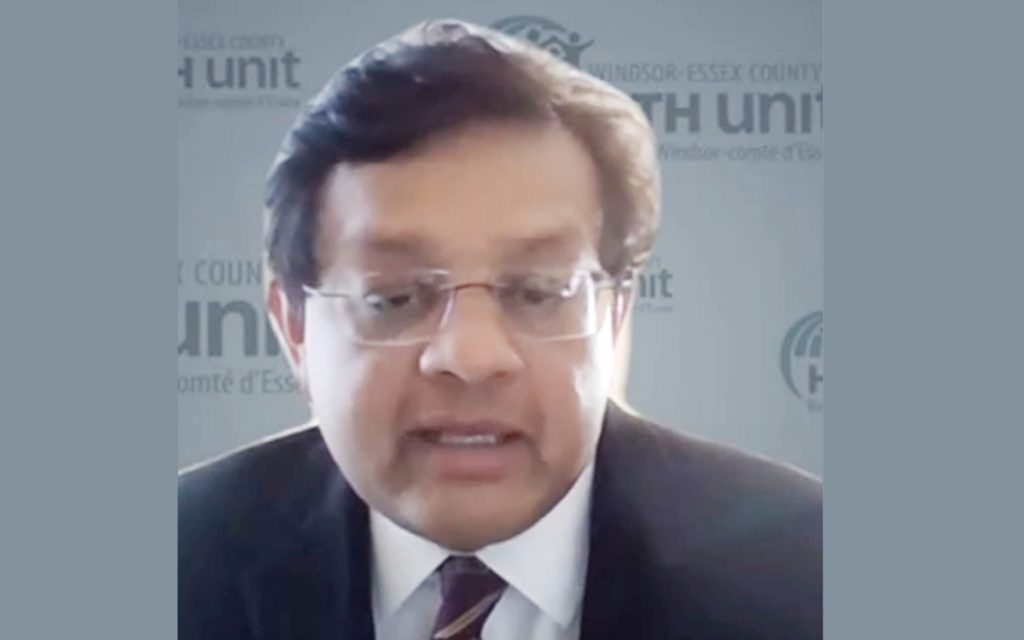 About 275 workers were reported to be self-isolating at the time of the medical officer’s new order and will not be affected.
As justification for the move, the doctor’s letter of instruction cites a “significant number of outbreaks at agricultural enterprises,” insufficient healthy unit resources to monitor workers’ self-isolation and the local healthcare system’s limited hospital capacity during the Omicron wave.

Canada’s food supply “is not impervious” to such action, he warned, noting that crops could overgrow in greenhouses and be lost.

Sbrocchi noted that these workers arrive fully vaccinated, with about 35% electing to take a booster shot when they get here. And yet, he noted, those workers must self-isolate for 10 days if they catch the virus. But Canadians are limited to just five days of self-isolation if they test positive.

“The whole idea of trying to prevent the spread of Omicron now is ridiculous,” he added.

Sbrocchi said his organization was working with the province. He expressed hope a “pragmatic solution” was coming soon. Legal action, he said, would be a “last resort.”

Dr. Nesathurai previously served as Medical Officer of Health in Haldimand-Norfolk. It was in that capacity that Nesathurai sparked farmer protests in April 2021 after imposing one-of-a-kind bunk limits for agricultural workers. He left the position a month later, then landed his current role as acting medical officer of health in Windsor-Essex in September 2021.