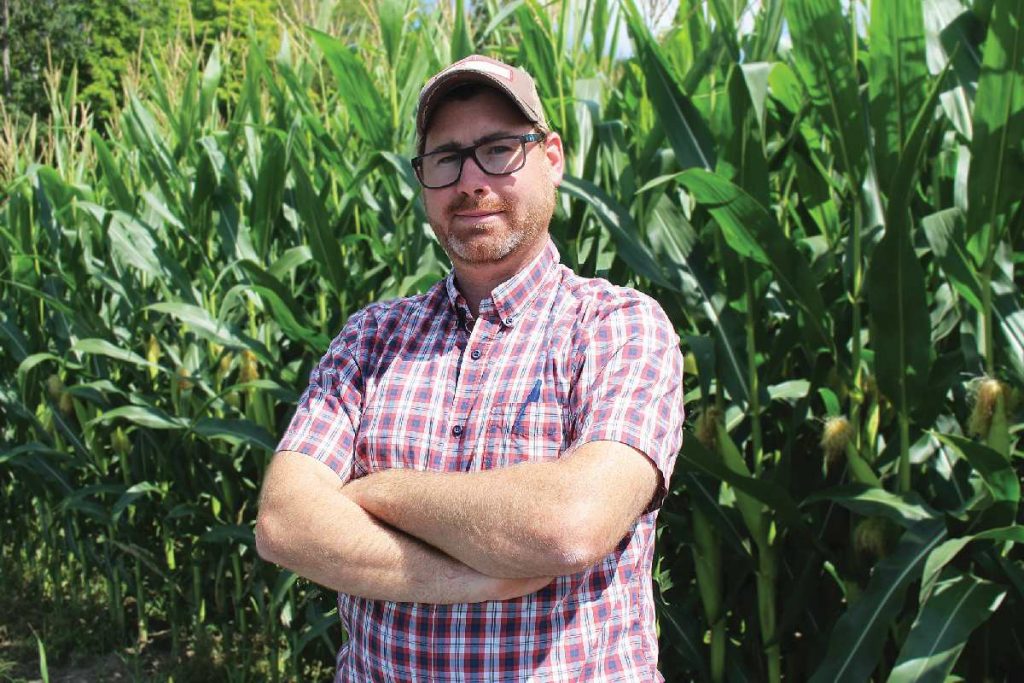 A front page article in Alexandria’s Glengarry News has farmers upset about how it portrayed crop dusting.

The article describes how a group of Glen Sandfield residents were frightened by a helicopter spraying fungicide on a cornfield. The article was published on July 28th and written by the publisher, Richard Mahoney.

Duncan Ferguson, president of the Glengarry Federation of Agriculture, first saw the article on the newspaper’s Facebook page and said he was shocked, calling the article “sensationalized and exaggerated.”

Resident Peter Bock was quoted as saying, “Now I know what it must feel like to be in a war zone.” He added, “It was a good thing it wasn’t Agent Orange,” in reference to a U.S. herbicide used in the Vietnam War to eliminate forest cover and expose enemy soldiers.

Ferguson says he’s received “more than a few hundred” messages and phone calls, mostly from angry farmers. “Somebody that doesn’t have a rural background is going to look at this and come away with a wrong image of agriculture,” he said.

It’s understandable that nearby residents were surprised by a low-flying helicopter, but comparing a 20-minute spray job to a war zone disrespects anybody who has lived through an actual war, said Ferguson.

“I’ve seen the flight logs from the helicopters themselves and as far as I can tell, all provincial and federal regulations were followed,” Ferguson said. “It’s clear as day that the helicopter never passed directly over top of the house and there was definitely no buzzing of any residential dwellings. There might have been a very high level flight over Glen Sandfield as it was approaching the field but that would have been a cruising altitude.”

Ferguson explained that during the spray job, “some of the neighbours were very adversarial. They were flipping the helicopter off and blockaded the road so that the farmer couldn’t travel from the field back to his home farm without going through the crowd.

Ferguson said he spoke with the helicopter operator from SynAgri, Sam McDonell, who was not interviewed for the article and “was frustrated by the fact that they had followed all pertinent regulations.” The farmers who ordered the fungicide application, Theodore and Wilko Finger of Dalkeith, were also not contacted.

The article also said that “it is unknown what, if any, collateral damage was done to flora and fauna in the area.” Ferguson was not amused by the inuendo. Spraying a fungicide from the air isn’t a new phenomenon and producers want to do everything to safeguard the quality of their product, Ferguson said.

Spraying the fungicide is a proactive measure that has been used in the area for more than 10 years. The product is regulated by Health Canada and the Pest Management Regulatory Agency.

“In certain conditions, a helicopter works best. If the field is wet and saturated like we’ve seen these last couple of weeks here, it’s very difficult to get a high clearance sprayer across the field without causing damage,” Ferguson said.

Ferguson contacted Mahoney by phone and asked if the online article could be updated with the farmers’ point of view and said he was told an update was not necessary.

Mahoney declined to comment when contacted by Farmers Forum.