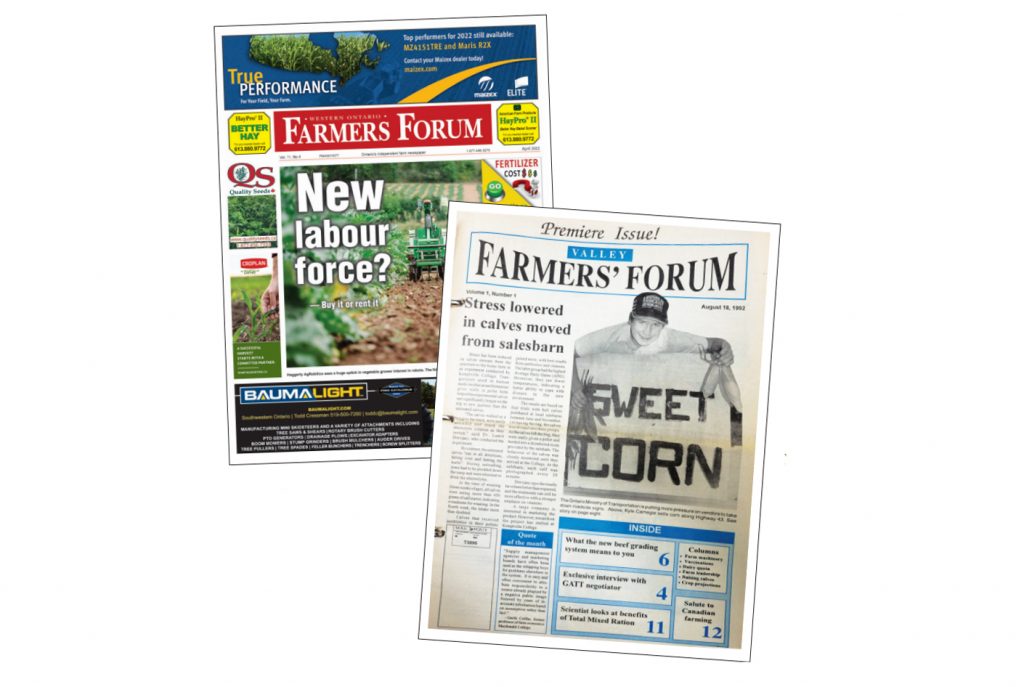 OTTAWA — Farmers Forum newspaper has been telling it like it is in Eastern Ontario since 1992 and this year celebrated its 30th anniversary. The newspaper has had a loyal following from its humble beginnings  in the founder’s basement.

“Our advertisers and readers have been extremely loyal,” said editor Patrick Meagher. “We strive to return that loyalty with hard-hitting stories and insights free of political interference.”

This year was also the 10th anniversary of Farmers Forum’s Western Ontario edition.

This year was also marked by the death of the paper’s founding tour de force Terry Meagher. Meagher started the publication in 1992, immediately after retiring from Kemptville College where he taught communications for 22 years. He had always felt that the farm community was ill-served by other publications and came up with the name “Farmers Forum” because he believed that the voice of farmers needed to be heard. The newspaper’s first office was in the basement of his home in Kemptville and moved to Ottawa in 2009.

In 2000, his son, Patrick, returned from Bermuda, where he worked as the business editor of the Bermuda Sun, to take over Farmers Forum as managing editor. Patrick Meagher helped start the first edition in 1992 and he launched the Western Ontario edition in 2012, after enthusiastic sales manager Bryce Douglas was added to the roster.  Patrick Meagher has spent a career in journalism that included working for the Globe and Mail, Toronto Star, Ottawa Citizen and CBC Radio.

He found that dealing with farmers was like breathing fresh air. At the same time, he found city news organizations increasingly intolerant towards all things traditional, including family values and the common good.

Looking over the past 30 years, Meagher notes two big changes. One for the better and one for the worse. First, the advancement in science and technology has been astounding. Robotics were just beginning. There were no robotic milking machines in Canada 30 years ago. They are now proliferating. But that is not all. “GPS systems and computer software can now fine-tune seeding and fertilizing to eliminate waste and hybrid seeds have advanced so well that corn and soybean yields have increased dramatically,” he said.

The bad news is that it sometimes seems that almost everything has become political and the division in this country is now even dividing farmers and families. “This is a crisis that started at the top and was completely avoidable,” he says.