BREAKING NEWS
22:36
Home News Farmers eager for drones but restrictions on the technology limit their use 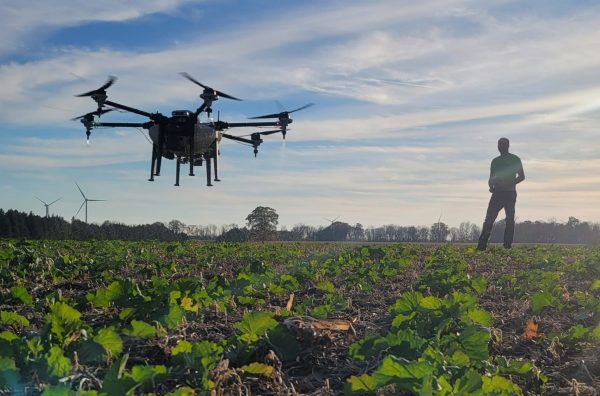 Farmers are eager to hire drone servicing companies to spray their fields but are less eager to buy the drones themselves, says a Western Ontario drone company.

“The demand is certainly there. Almost everyone who sees them working starts getting ideas of where they would be useful on their farm,” said Adrian Rivard, president of Drone Spray Canada in Blenheim in Western Ontario.

His company offers drones for field imaging, fertilizer and organic product application, and cover crop seeding. “Almost zero” Ontario farmers own drones themselves as government restrictions are holding them back, Rivard said. Most of his customer inquiries concern pesticides — especially fungicides in field crops and insecticides for gypsy moths — but Health Canada’s Pest Management Regulatory Agency has yet to approve pesticide application via drone, he said. 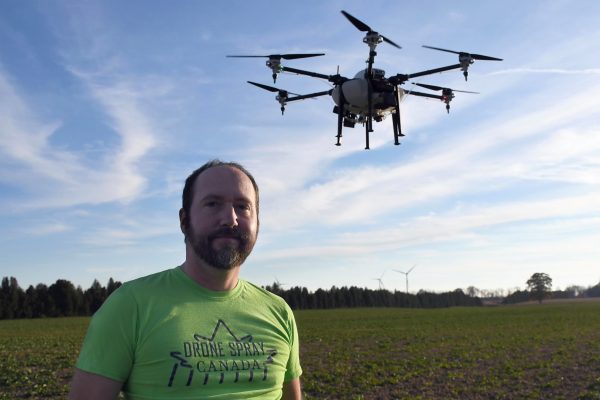 For example, it’s illegal to spray Vegol — a pesticide that is 96 per cent natural canola oil — from a drone, said Rivard. Vegol is used to control a variety of insects and mites and can be used on flowers, fruits, vegetables, cannabis, and trees.

“The conditions are extremely specific and restrictive,” Rivard says. “With the current pesticide regulations there are not many legitimate users out there.”

Drone Spray Canada is involved in performing research authorizations for pesticide application with chemical manu- facturers and government bodies. This summer, the company will spray 50 trial sites from Essex County to just outside of Montreal. Last year, they had “about a dozen customers for imaging,” their most popular service, but expect to be doing much more foliar fertilizer spraying this year as fertilizer prices continue to escalate.

“I would say there are a few farmers in Ontario that do their own spraying,” said Felix Weber, president of Ag Business and Crop Inc. in Palmerston, a company that sells agricultural drones across Canada. Weber says farmers are much more likely to buy rather than rent because flying a drone requires a licence, so it’s the farmers that “really want to get into it.”

To be licensed for basic operations, a farmer must register their drone with Transport Canada, mark their drone with their registration number, pass a $10, 90-minute online exam — for which drone flight school is highly recommended — and then carry the certificate at all times when operating a drone. The penalty for flying a drone without a license is $5,000 for commercial users.

Mapping drones allow farmers to assess crop health, determine which areas need to be treated, and apply product with spray drones to those areas, reducing cost and runoff, explained John Johnstone, sales representative with Omniview Tech, a Mississauga drone company. Mapping drones are between $10,000 and $30,000, Weber said. Spray drones start at $20,000, he said.

Drones heavier than 25 kg come with even more restrictions and require a separate license, which is more work for the farmer at this point, Weber said.

It’s easier to use a swarm of several smaller drones to cover more land, but it gets expensive, Rivard said. Weber says his company has seen an increase in drone sales from last year, showing that farmers are interested in buying them, but that farmers are also cautious about drones because they want to make sure there’s value in their purchase.

“It takes time for this technology to filter out to farmers. It takes time to change the way things have always been done,” Johnstone said.