Farm tractors, both new and used, in short supply 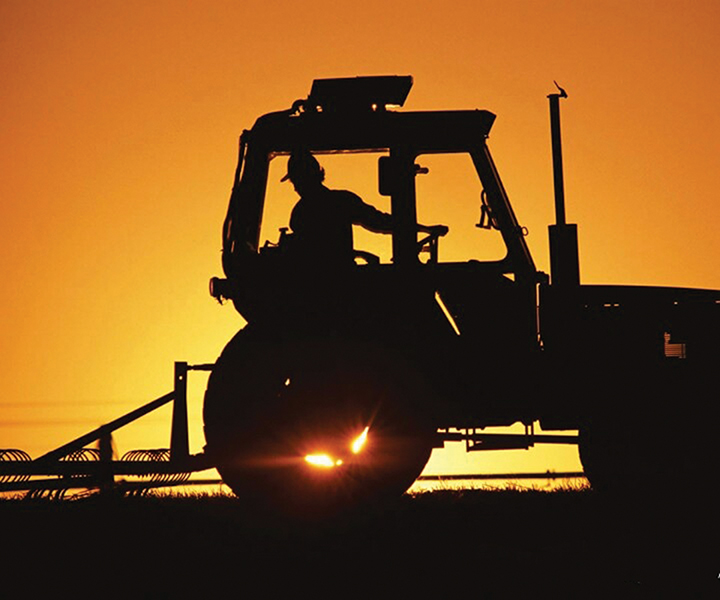 ALVINSTON — Add farm tractors, both new and used, to the list of hot commodities in rural Ontario.

Dealers report a high volume of backorders for new tractors — perhaps the most ever in living memory — with spillover demand for used tractors that has also made those machines scarce.

“On April 1st of last year, it was like somebody flipped a switch and people just started buying things, and it hasn’t stopped at all,” said Darryl Buttar, sales manager at Bob Mark New Holland Sales Ltd. in Lindsay. The normal winter slowdown also “didn’t happen at all,” he added. “People just kept coming and coming.”

Between the four Bob Mark locations, the used tractor inventory is about a half to a third of what it would normally be, Buttar said June 21.
New tractors ordered today will often have an expected delivery date of June or July 2022 at this point, compelling the dealership to approach customers about the need to plan their purchases a year in advance and get their orders in now.

Strong demand combined with COVID-related impacts on production facilities are believed to have contributed to the tight supply of new tractors. So has the integrated chip shortage, according to Buttar, who said it was acknowledged as a factor by manufacturer reps he deals with. “I believe it’s a huge part of the delay in getting stuff.”

Kucera Group President Dan Kucera saw similar strong demand for both used and new tractors, estimating wait times of about six months for machines ordered from the manufacturer at his dealerships, “depending on the model.” Inventory of new equipment is down about 70 to 80 per cent on Kucera’s lots in Alvinston, Chatham and Tecumseh, he told Farmers Forum June 29. And they’re down about 50 percent from a normal stock of used tractors.

While Kucera acknowledged stronger interest in used tractors because of longer lead times on new machines, he also attributed the demand to stronger commodity prices. Cash-croppers are comfortable upgrading (to either new or used tractors) without trading in their current machines as part of the transaction, he said.

But demand for used farm tractors hasn’t translated into higher prices, according to Kucera. “I haven’t seen an increase in used values by any great percent, no,” he observed, while making an exception for garden tractors and the like. “Consumer, stuff, lawn and garden, that stuff, in particular, you can’t even keep, used-wise. It’s in and it’s out. We’ve got a home for it before it even hits here.”

They’ve had one price increase passed along from their main manufacturer — Case I-H — in the last eight months, he said.

Kucera sees some similarities to the current demand to the experience of the late 1980s, when a tax investment credit drove sales up of new machines. “That was another couple of crazy years.”

But the depleted inventory of used machines is a new experience for Kucera, who’s been involved as owner of the business for the last 30 years. “I guess I’ve never really seen that as low as it is these days.”

Specializing in used tractors, Como Farm Equipment in Eastern Ontario has seen the impact on the used equipment marketplace. Pre-owned tractors with low hours that are a few years old can often fetch a price higher than their original retail cost, reported Tyler Como.

“It’s supply and demand,” Como said. “Once a new product becomes unavailable — or not available right away — it drives the price of the used product up.”

“With the shortage of new tractors, people are not trading their tractors in. It’s getting tougher for us jockeys to find and buy those trade-ins.”
The price of used compact tractors has been driven up especially “because you just can’t get them,” he said. “And if you’ve got them, you don’t give them away.”

“They can sell it to you on a brochure, but they can’t deliver it,” Como said. “You won’t see it ‘till next year because everything just keeps getting pushed back. It’s mostly COVID that’s hammered that, the (micro)chip shortage, a bunch of variables.”