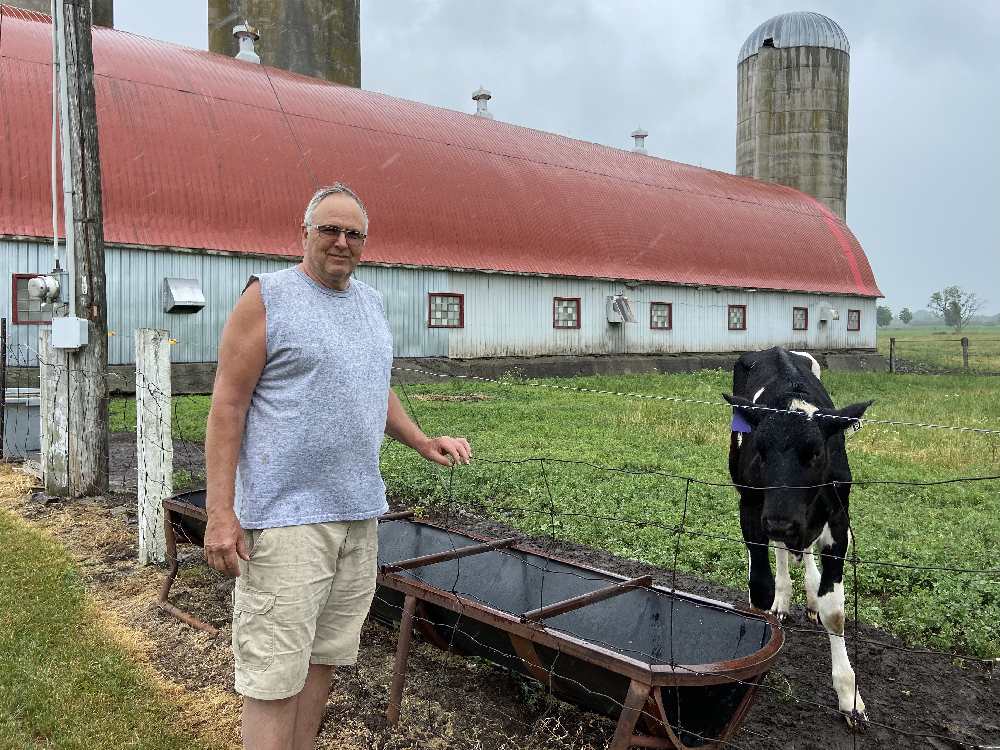 Bruce Mode is the 5th generation to run Vankleek Hill’s Bonnie Brae Farms that this year celebrates 200 years. The farm, known today for its history of Ayshire and Holstein genetics, dates back to the Napoleonic era when a 14-year-old Scottish boy crossed the ocean to the new world.

George Mode (1788-1872) was born in Aberdeen, Scotland. Family records say that he first left Scotland at age 11 “for a life on the sea,” the same year Napoleon became dictator of France. George Mode was in maritime service for two years during the Napoleonic Wars and “took part in naval engagements.”
He immigrated to Canada in 1802 and most likely arrived in Quebec by a timber-trade vessel that took several weeks to cross the Atlantic. Lumber ships traveled to Scotland twice a year and brought back Scottish immigrants.

George Mode arrived in Hawkesbury Mills at age 16 and found work “selecting logs from the mill pond and directing them to the saw carriage for cutting.” He would dive into the water and attach a steel chain to a log so it could be hauled from the water. The job was so dangerous that workers were often crushed by the logs or drowned.

He became a foreman at the age of 22 and was the first foreman to raft logs, steered by oars, down the Rouge River to Hawkesbury. Felled tree trunks were tied together to make rafts hundreds of meters long, with cabins built on top for the raftsmen.

He bought land to farm in 1821, the same year he married Johannah Waddell (1803-1890). She was also of Scottish descent, her parents having emigrated from Perthshire.

The lower Ottawa Valley was practically uninhabited and the Modes started the laborious task of clearing their own plot of land with hand axes. The 1839 agricultural census records show that George Mode owned 250 acres, as well as “two horses, four milk cows, and six heifers.”

George and Johannah Mode were busy. They had nine children, erected a sawmill and the brick house they built in 1856 to accommodate their large family is still standing today.

Fast-forward to today and George Mode’s great-great-grandson is still on the farm and in the same house. Bruce Mode, 68, is now semi-retired and owns about 300 acres.

Bruce Mode spent his life raising Ayrshire and Holstein cattle. The Mode legacy in cattle farming started with George Mode Jr. (1841-1915), who first established a herd of purebred Ayrshire in the late 1800s, and continued until 2018 when Bruce Mode sold the last of his herd.

“One of the things I remember the most is winning our first grand championship at the Royal Winter Fair,” said Bruce Mode, recalling his own first champion in 1973. “Once you win once, you want to keep winning. You keep trying.”

The farm has 13 grand champion cows to its name at the Royal. One of its best known is six-time grand champion Des Prairie Toutou. The Modes switched to purebred Holsteins in 2002 and dispersed the herd in 2018.

The family’s world-famous Ayrshire herd had Bruce Mode travelling all over. “I did quite a bit of judging. One of the first shows I travelled to was in Calgary, but I’ve done shows in the U.S., Australia, Scotland, and England.” His work in cattle showing is what Bruce Mode says he’s most proud of.

Bruce Mode said his parents, the fourth generation on Bonnie Brae, Sydney (1909-1986) and Margaret Mode (1915-2008), taught him all about farming and instilled their passion in him. They rarely took a day off. “If you work hard, you’ll get places,” he remembers them saying. 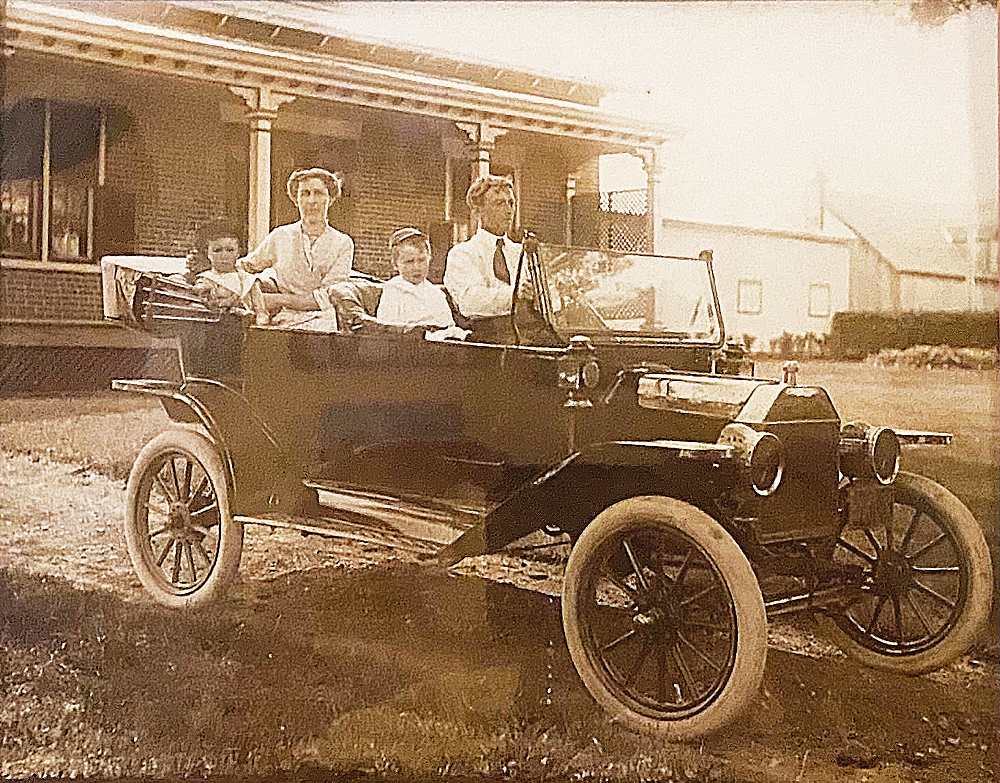 Bruce Mode’s grandfather at the wheel and his father next to him.

Growing up on Bonnie Brae, Bruce Mode said he and his siblings did chores on the farm before and after school everyday. They were in charge of milking the cows and feeding the calves, but did a little bit of everything. One of his favourite childhood memories was going to equestrian events like gymkhanas, and barrel racing.

He was very young when the Modes bought their first tractor and vaguely remembers his parents buying other modern machinery. Tractors became increasingly commonplace in the early-to-mid 1900s, as the first North American tractor was produced in 1901 in Wisconsin. “We take a lot of that stuff for granted today,” Bruce Mode said. “In those days there was a lot more manual labour. In the earlier years, a lot of it was done with horses. Our generation today would not know anything about using horses to work.”

Nowadays, Bruce Mode keeps busy cash cropping. This year it’s hay and soybeans. “It’s a little bit easier now, it’s not nearly as much work as the cows,” Bruce Mode said. “I try to keep busy; you have to do something.”

Mode has four daughters and 10 grandchildren. He sees them all often and they help out around the farm when they can. He says he hopes the farm will stay in the family, but he’s unsure whether the property will continue to be farmed.

“There’s a lot of farms in the area that have changed hands many times,” he said. “It’s nice that ours stayed under the same name. Hopefully some of my kids will keep it.”