BREAKING NEWS
08:09
Home News Farm numbers decline but women are now 30 per cent of all farmers 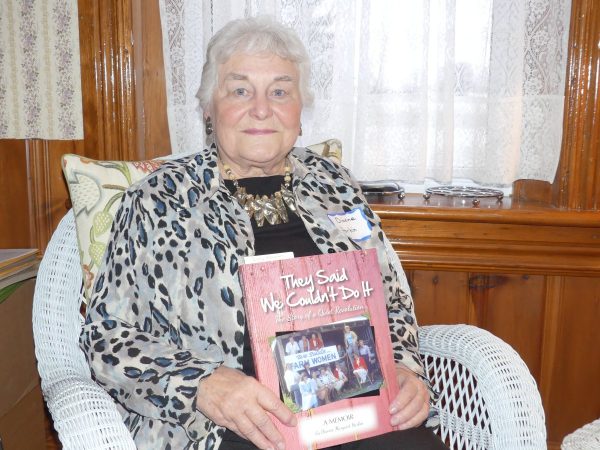 OTTAWA — The number of Canadian farm operators continues to fall, but women are a growing percentage of working farmers and now account for just more than 30 per cent of all farmers, according to the 2021 Canadian Census of Agriculture.

The fact that the census even counts women as farm operators is remembered by Dianne Harkin as a hard-won victory.

The retired Winchester-area dairy farmer recalls how Statistics Canada was persuaded to let farm women count as more than wives by according them status as operators on the census form. “A husband and wife could indicate themselves as ‘operator one’ and ‘operator two,’” recalls Harkin of the 1970s policy change.

The federal agency was stuck in time until Harkin publicly criticized it in the media. At the time, she was founder and leader of the Women for the Survival of Agriculture, an influential advocacy group that spread to chapters across the country. Statistics Canada duly sent out a female bureaucrat to hear the group’s demands at a business meeting. The visitor showed up wearing coveralls and rubber boots, and Harkin still thinks back on that fashion faux pas as typical of the stereotyping all farmers had to endure.

There was even a flat-out stigma to being a farmer, she says, tracing those attitudes back to the visible poverty farmers endured in the Great Depression. Even during the 1970s, “women were not proud to be farmers,” she says.

“Hopefully, that’s changed now,” she says, reflecting on the numbers highlighted in the latest census.

The latest census also counts a 1.9% decline in the number of Canadian farms in the same period.