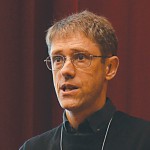 One of the worst-kept secrets of 2015 is that the U.S. Federal Reserve is going to raise interest rates.

Concerns of the Greek debt crisis in the European Union and some faltering steps in the Chinese economy have slowed the decision, but the inevitable U.S. interest rate announcement is likely to come at the September meeting of the Federal Reserve. The question for Canadian farmers is not if American interest rates are going to rise, but rather what impact such a decision will have on our grain markets.

The current bank rate on interest is effectively 0 %. This means that the lending rate and the inflation rate are essentially equal to one another. With the current federal rate (0.25 %) under current U.S. inflation rate, (1.8 %), the cost of money is extremely cheap. If you roll back the clock to July 2008, prior to the sub-prime mortgage and Lehman Brothers fiasco, the U.S. Federal Reserve interest rate was
5 %. Dropping interest rates to an effective rate near zero was done as an emergency measure to stimulate a faltering economy. Seven years later, it’s tough to justify that the American economy is in an emergency and it’s time to move away from the near negligible interest rates.

Raising U.S. interest rates will result in strengthening the value of the American dollar. Simply put, money will flow into the U.S., so that it can earn the higher interest rates which can be found there. Since we value the Canadian dollar relative to the U.S. greenback, a strengthening of the U.S. dollar implies a weakening of Canadian currency. (Our dollar will simply be worth fewer U.S. dollars as the value of the U.S. dollar rises).

A softer Canadian dollar means higher basis prices for Canadian grain. Most farmers in eastern Canada have become really competent in understanding the relationship between the loonie and Canadian cash basis. The Sept. 17 policy meeting of the U.S. Federal Reserve in Jackson Hole, Wyo. is entirely apt to result in an increase in U.S. interest rates, a resulting surge in the U.S. dollar, and relative decrease in the Canadian dollar, and a push in the Ontario grain basis. If you’re a Canadian grain producer contemplating booking some new crop grain on basis, you might be well advised to monitor this situation prior to locking any basis down.

Since commodities like corn and soybeans have an intrinsic value beyond the currency that they are measured in, as the U.S. dollar rises, it actually puts downward pressure on Chicago Board of Trade (CBOT) futures prices. Some of the downward pressure that we are going to see in the CBOT futures prices in coming weeks is not the result of harvest pressure, but rather a result of the fact that as the American dollar rises, things valued in U.S. dollars become more expensive to everyone else in the world, and the United States still needs to export grain.

In the simplest of terms, if the U.S. dollar rises by 10 % relative to other world currencies, then CBOT soybean futures decline by $1/bushel in order to maintain the core value of the product. (That’s grotesquely oversimplified math, but it serves to explain the phenomenon).

The strengthening trend in the U.S. dollar is not dependent on an impending announcement by the U.S. government as the market has clearly seen the U.S. dollar strengthening through most of the last eight months. Canadian grain markets have already experienced higher basis levels and lower futures prices, both associated with a stronger American dollar. Raising U.S. interest rates will move the U.S. dollar higher and the Canadian dollar lower. That trend has been going on but such a rate announcement will lock in the current gains and potentially fuel the trend to push further.