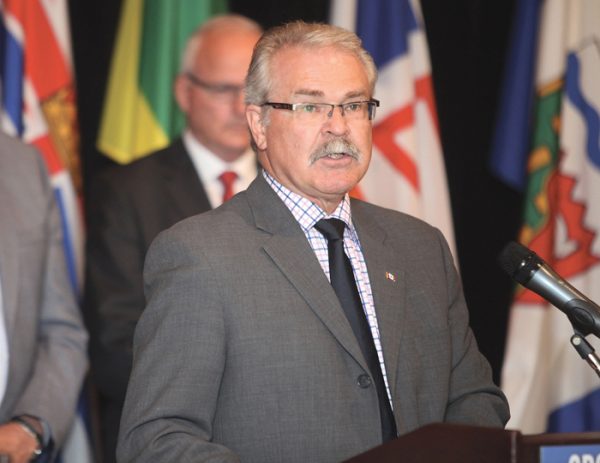 OTTAWA — The federal agriculture minister says Ontario’s neonicotinoid regulations are not based on science.

Ontario launched its neonic-treated seed regulations because it says the treatment is killing honeybees.

“The problem I have with it is you’ve got environmental actions not based on sound science that are supplanting good agricultural policies, and that should be concerning for everyone,” Gerry Ritz told Farmers Forum in an exclusive interview. “There have been a number of studies done that actually show bee health is on the incline, not decline. The number of hives across Canada is up. There were a few apiaries in Ontario that had a problem, but some of that comes down to, and I’ll get in trouble for saying this, but some of it comes down to winter management.

“You’ve got to make sure they’re (the bees) not suffocating, you may have to, over a longer, harder winter, actually feed the bees, things like that, that require management.”

Health Canada’s Pest Management Regulatory Agency is currently studying neonic use in Canada and its impact on pollinators.

Ontario’s environmental commissioner Gord Miller says there are 800 studies to back up the province’s decision.

“There are a number of studies that are global in nature, but none of them are based on peer-reviewed science,” said Ritz. “For every study out there saying neonics are the culprit, there’s another study saying there are a multitude of things. You just have to step back and kind of take a look at it. The problem is, the province of Ontario is well down this path and there’s no escape ramp that is politically palatable for them at this point, and that’s unfortunate.”

Ritz said in Europe, after France pushed for a moratorium that led to neonic restrictions, farmers have had to switch to aerosol spraying, which is about five times more harmful to all flying insects and birds.

“There are unintended consequences when you have knee-jerk environmental solutions that aren’t based on sound science,” he said.

Mark Brock, chair of the Grain Farmers of Ontario (GFO), said he has been in communication with the minister for several months, and challenged Ritz about helping the GFO fight neonics.

“We knew he was always on our side. It’s nice to see him go on the record,” Brock told Farmers Forum. “Knowing there’s a fight waiting for the minister on this issue because the province has been hell-bent on doing whatever they want to do, it’s encouraging to see him come out and make those comments.”