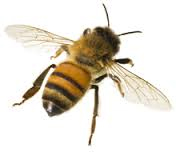 STRATFORD — Environmental groups have the ear of policy wonks and urban voters and are driving Ontario agriculture policy, says a Stratford-based crop advisor.

“Environmental groups are dictating farm policy and they know nothing about farming,” says Patrick Lynch, a certified crop advisor in Ontario.

The Sierra Club is “bragging” about its influence on the province’s proposed regulations to reduce use of neonicotinoid-treated seeds by 80 per cent by 2017, he says.

But Lynch doesn’t blame politicians. Policy advisors draft legislation and are under the thrall of environmentalists.

“The minister of agriculture doesn’t get up one morning and say, ‘I’m going to ban neonics,’” says Lynch, adding that environmentalists have also expertly targeted urban voters. “You’ve got to take your hat off to them. The Liberals don’t worry about losing rural seats. The power is in Toronto.”

In late May, the David Suzuki Foundation invited French researcher Jean-Marc Bonmatin to speak to MPPs about neonics, which he says provide little benefit to farmers, kill pollinators and birds, and contaminate the environment. The irony is that the policy is more likely to be a step backwards environmentally, says Lynch. To control insects, farmers may do more tillage, use fewer cover crops, and use foliar insecticides that put more active ingredients into the environment, he says.

“It’s not well-thought-out legislation. As a society, we got this far with science-based production and now we’re going to emotion and hearsay,” says Lynch, suggesting that environmental groups are looking for a showpiece to take back to donors to keep money flowing.

The debate is really about who wields power over public policy, says Lynch. Environmental groups should be heard but so should farmers, industry, and OMAFRA.

The Grain Farmers of Ontario agrees.

“Anti-agriculture groups and the Ministry of the Environment and Climate Change appear to be the only voices that matter when setting Ontario’s agriculture policy,” it charged in an April press release.

Lynch says he saw the neonic regulations coming from the moment environmentalist pressure pushed through a ban on cosmetic pesticides for urban lawn care.

He expects widely-used pesticides like 2,4-D and atrazine are next, then tillage and runoff. “They won’t stop until they take away all of our good products.”

At the same time, there is a chill on criticism of government. Lynch suggests people are afraid to speak out in case the environment ministry punishes agriculture by dragging its feet on approving a product. Ontario is the only province that has a provincial hurdle for pesticides after the federal go-ahead.

“There is a lot of fear of the government, especially the ministry of the environment because of the amount of power they have,” he says.

But even with the deck stacked against them, don’t count out Ontario agriculture yet, Lynch says.