SARNIA — Newly re-elected Michigan governor Gretchen Whitmer is still trying to shut down Enbridge Line 5 — even at a time when cutting off a neighbour’s energy supply reeks more of Putin-ism than environmentalism.

Sarnia Mayor Mike Bradley, himself newly re-elected for the 11th time, agreed with Farmers Forum that Whitmer’s continued attempts to turn off the taps is an especially bad look for the Democratic governor in light of this year’s events in Europe.

“You’re right,” Bradley said, suggesting Whitmer’s gambit “may have been good politics locally” when the state, two years ago, unilaterally imposed a May 12, 2021, deadline on Enbrige to cease flows through a submerged Michigan section of the 70-year-old pipeline. “But I say that ship has sailed,” Bradley added.

The Sarnia mayor pointed out that global fuel supplies have since tightened dramatically — and especially since Russia’s Ukraine invasion in February 2022  — to the point that U.S. President Joe Biden felt the need to release stocks from America’s strategic oil reserves.

Taking Line 5 out of service would eliminate 55 per cent of Michigan’s own propane supply, according to Enbridge. More critically for Canada and Ontario, the line also carries the light crude oil and natural gas liquids used by three Sarnia refineries to make propane, diesel, gasoline and other vital fuels for the eastern Canadian market — an especially big concern for Ontario’s agricultural grain-drying operations. 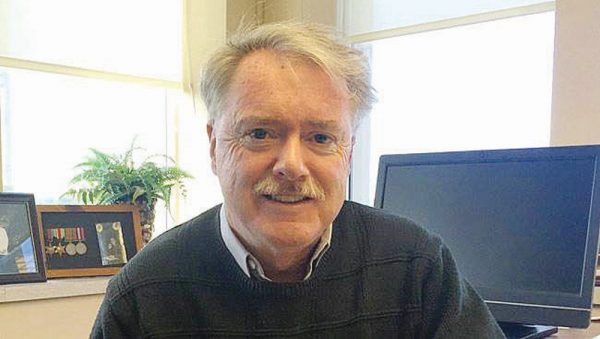 Sarnia Mayor Mike Bradley is frustrated with the “extremely passive approach of waiting around for treaty negotiations.”

Enbridge, meanwhile, is fighting Michigan in court — and not at the state level that Whitmer wanted. A judge in August ruled for a second time that the matter must be handled in U.S. federal court, and that’s fine by Bradley, who says the matter needs to be dealt with “in the federal arena.” That includes direct negotiations between the governments of Canada and the U.S., under the terms of a 1977 treaty that prohibits either country from shutting off energy to the other. Canada invoked the treaty last year.

The mayor expressed some frustration with the “extremely passive approach of waiting around for treaty negotiations,” which is “just so Canadian.”

He said he hopes the Canadian and Ontario governments have a “plan B” involving economic consequences for Michigan should the pipeline be shut off in the end. “Whether it be on tourism, on trade, even on auto — which gets everyone’s back up,” Bradley said. “We’ll see where this goes, but I hope the two governments have a plan … that this won’t happen without some consequences to Michigan.”

It left some residents of his community agog last February when Whitmer loudly complained about the economic impact of the trucker blockade on the Ambassador bridge, he said.

He fears the ongoing uncertainty over Line 5 is already having a negative impact on his city’s refinery sector. A Shell refinery in nearby St. Claire Township, he pointed out, has been on the market for three or four years without finding a buyer. “So that leaves you kind of anxious,” Bradley said.