Dairy and soybeans have highest cash receipts east of Toronto

OTTAWA — Dairy remained the richest source of gross revenue in farm country while soybeans was the second-highest generator in nine of 14 counties east of Toronto.
The latest data on farm cash receipts — for 2020 — breaks down the dollars and cents by commodity and county, as compiled by OMAFRA using Stats Canada numbers.

Dairy led the way in all but one of the 14 counties of Eastern and East-Central Ontario. Only in Kawartha Lakes did milk fail to place first as a source of farm income, nudged out by a subset of the beef sector — steers and slaughter heifers.

“Farming the mailbox” — aka government support programs — was substantial enough to rank within the top 10 revenue sources in 10 counties east of Toronto.

Farms per county are based on farm business registration numbers for 2020.

County lists are ordered from highest to lowest average earnings per farm. 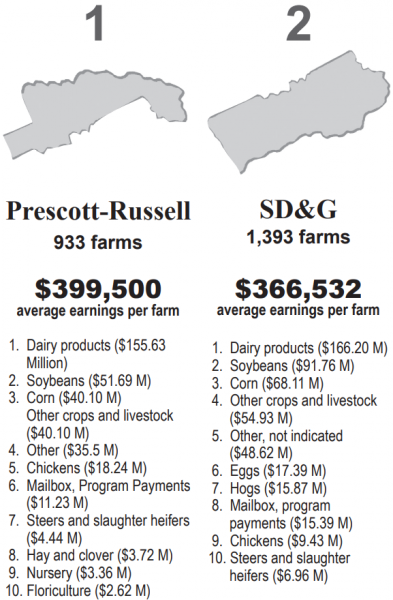 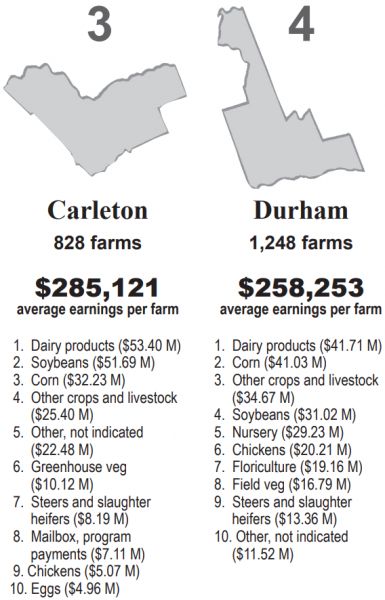 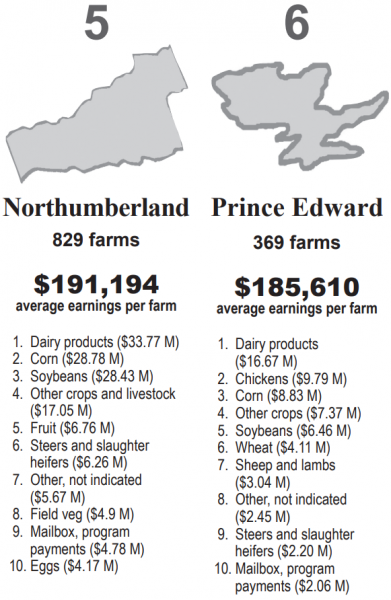 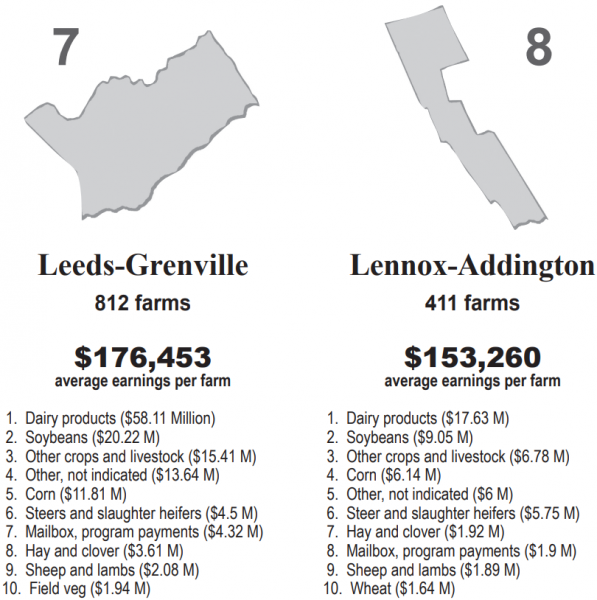 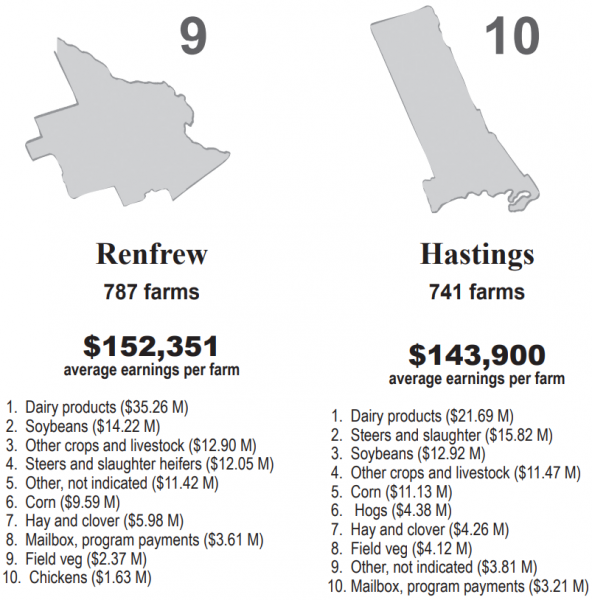 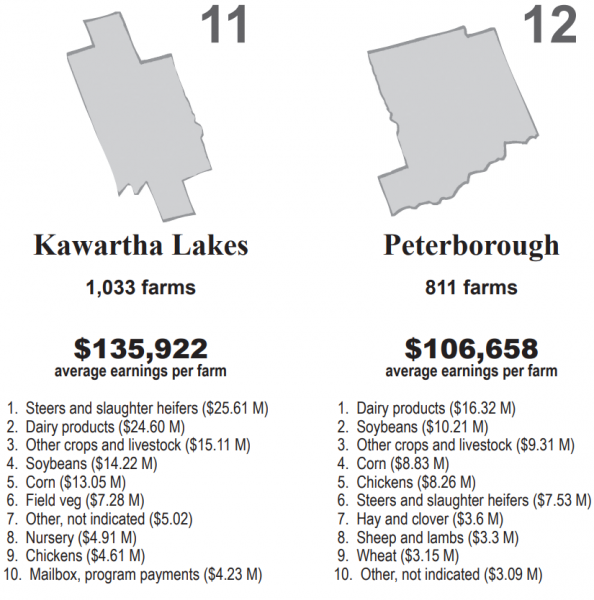 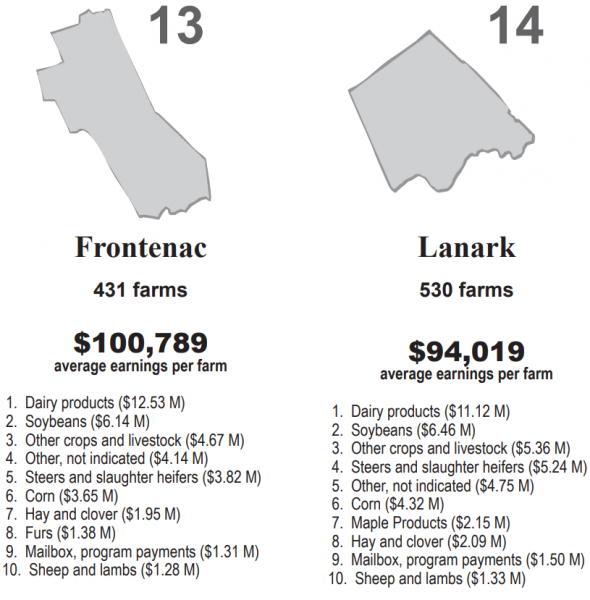