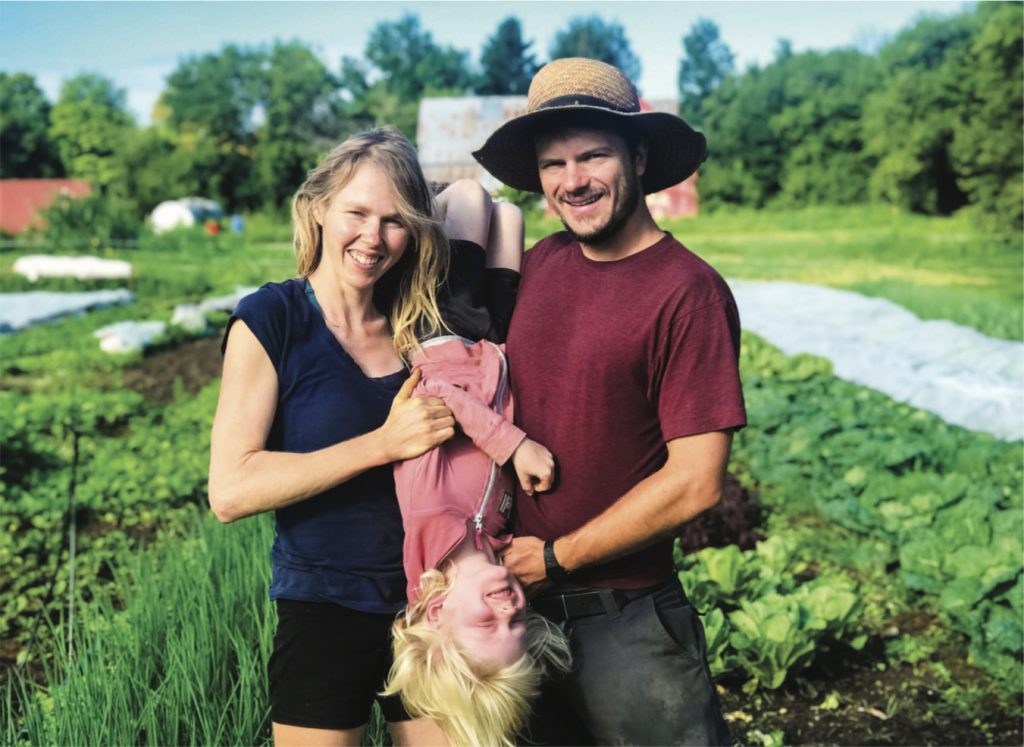 Four on-farm store owners talk about mistakes made, good advice, bad advice and when they knew they were going to make it

Starting an on-farm business is risky with inevitable hiccups along the way. About 60 per cent of all start-up businesses will have failed before the end of their third year. So, who knows the game better than those who’ve made it past their first five years? Farmers Forum’s Irena Vélez recently spoke with four different on-farm store owners who laid out the biggest challenges they’ve faced, how they overcame them, and their keys to success.

Jonathan Bruderlein, owner of Ottawa Farm Fresh Inc., opened his farm store and CSA (community supported agriculture) with 250 members just over a year ago but has had 10 years of experience running an organic vegetable farm at Dunham, Quebec. His new farm store is on 110 rented acres of National Capital Commission property 10 minutes from downtown Ottawa. He sells 34 different kinds of vegetables.

“Given that this is not our first business, we pretty much hit the ground running and this year we surpassed by 50 per cent our biggest year after a decade of farming in the eastern townships of Quebec.”

“To put myself in the client’s shoes and think about what problem I’m solving for the client, instead of thinking, ‘Oh my god I have too many tomatoes, I have to sell tomatoes.’ That’s my problem, not the client’s.”

What advice has helped you most?

“On the first farm I ever worked on, two proverbs stuck with me: Don’t be lazy and don’t be greedy. There are really no shortcuts. Good planning, good agronomy, and doing the right thing is going to pay off pretty much every time.”

What’s the biggest mistake you made?

“Not letting go of things that aren’t really worth it fast enough. Things that I know aren’t worth the energy versus how much money they’re generating but not wanting to let go for fear of not being able to replace it or because I’m emotionally attached to the client. Thinking that $200 a week is better than nothing but it’s taking up the energy that I would put on developing that next big idea.”

“Leaving our first farm business. One August morning my wife said to me, ‘Let’s let everything go and go on a road trip,’ and I was like, ‘No, we’re running a business!’ I had the openness to accept it but it was definitely a challenge to walk away from something that was working. But stepping into the unknown, that’s when new things can emerge.”

“Day one! When we got going just after university, we were used to the student lifestyle so it didn’t take much to make us feel like it was working. As we grew, it just kept going.”

“If you’re going to be doing direct marketing, you’re literally running two businesses. You’re running a production business and you’re running a marketing business. They’re connected but they’re fundamentally different in how they function. We hired a marketing and events coordinator and have a weekly meeting with her.” 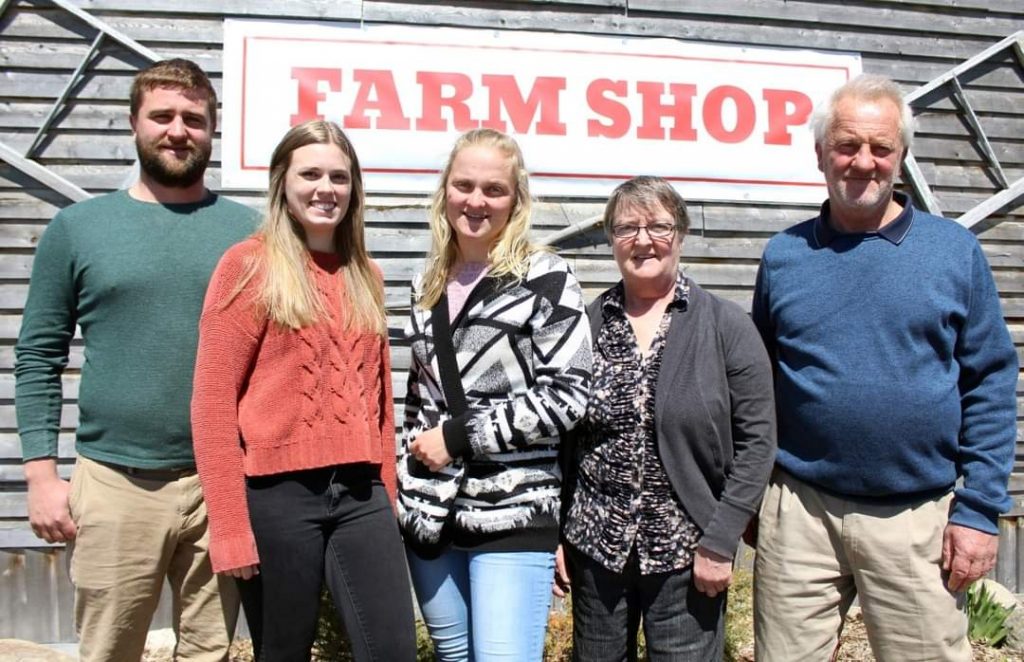 James Harley, head of operations and sales at Harley Farms, has been managing the on-farm store for six years in Keene, Ont. They sell farm-raised pork, beef, lamb, and chicken, as well as fresh eggs, pet food, and seasonal vegetables.

“Customers are used to shopping in a grocery store so they want the ease of that but on a farm. They want good quality but they want it to be easy. It’s got to be inviting for them to come in. We’re located on a paved road and make sure the store is clean, tidy, and accessible to all. For those who still don’t want to go out and about, we deliver.

“We never fully jump into one thing and hope it works. We always test products before we go into big production.”

“Getting the customer base to know we’re there. It’s a long-term project. You won’t have a lineup of customers right away. It’s a slow process but if you have a good product at the end of the day they keep coming back.”

“The last couple of years is when it’s really come into its own, fully sustaining itself. It was a couple of years before it really started picking up. And then it snowballs from there because everyone tells their friends. I’m still hoping it’s going to get bigger.”

What advice would you give someone starting their own on-farm store?

“You’ve got to be very dedicated. Customers don’t like the ‘Oh, I’m busy doing this on the farm,’ they want someone to be there. You’ve got to make sure it’s a priority, not just a second part of your business. It can get out of hand pretty quickly if there’s not someone there all the time restocking and things like that.” 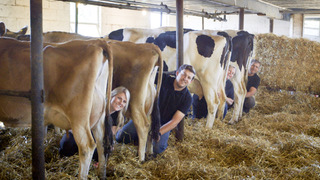 “Location is really important. I’m not sure we would’ve been as successful if we didn’t live on a busy highway. We’ve taken advantage of that. We’re also 15 minutes from downtown Kingston.”

What’s the best advice you have been given?

“Some business owners we knew when we started told us to focus on a certain number of products and make them as good as we can. And that’s what we’ve done.”

“Especially during COVID, it’s been a challenge finding employees. Myself, my husband, and our two kids run the business and if an employee doesn’t show up, we can fill in, so we manage.”

What’s the biggest mistake you made?

“We took some advice from some equipment dealers when we first started and some of our dairy equipment really wasn’t what they said it was going to be, so we’ve replaced it. There were a couple of pieces that didn’t last.”

“Once we established the home delivery system and got local stores buying our milk, we felt pretty safe that we’d be able to keep going.” 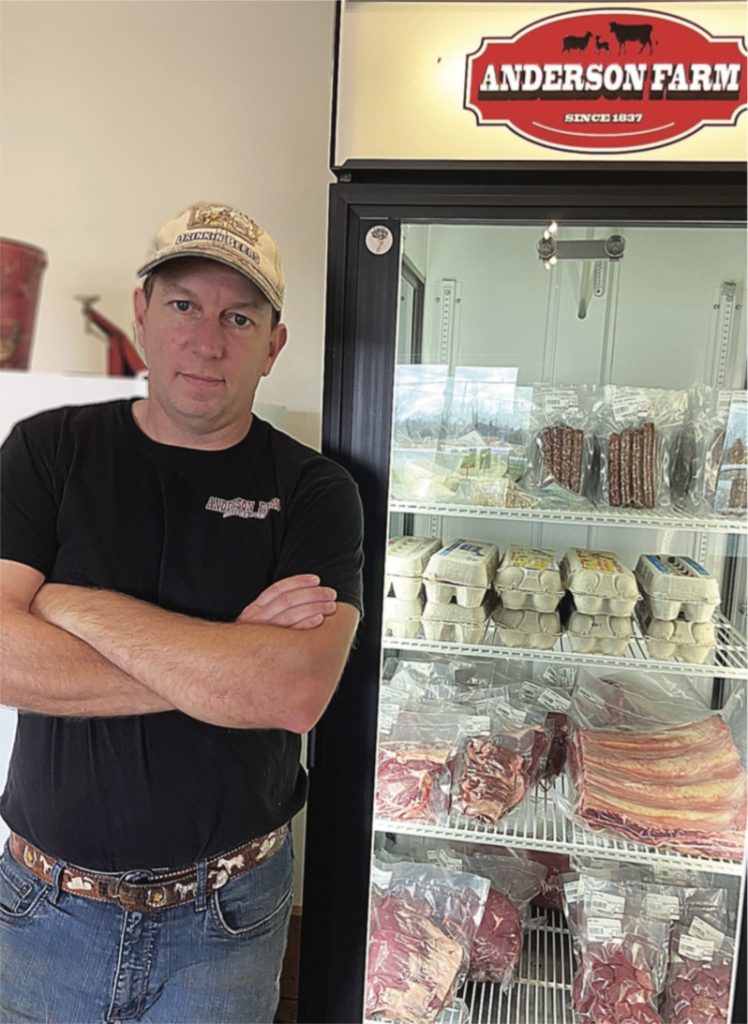 “I’m a pretty optimistic person, I always have high hopes. I built the whole thing myself. We did it step by step. We were very conservative. We’d buy two freezers and pay them off, then buy another one. We do have some debt but we’re not millions of dollars (in debt).”

What’s the biggest mistake you made and how did you learn from it?

“When we started, we were open seven days a week from 11 a.m. to 7 p.m. and it almost killed us. Being open too much stressed us out and it just wasn’t worth it. We cut down to two days a week and we also offer by appointment. People were annoyed at first but once they figured out the hours, it worked well.”

What was your worst moment?

“A couple of years ago our slaughterhouse threatened to not kill our beef anymore because they were overwhelmed. That was pretty stressful because if we don’t have a slaughterhouse, we don’t have a business. We worked through it. We paid them right away, we would book ahead, kept them happy, and they kept us on. Other than that, the odd freezer dies and you have to spend $2,000 on a new one.”

What advice would you give to someone starting an on-farm store?

“Don’t spend too much. Be conservative and run manageable debt. Don’t get in over your head. Be ready for the worst-case scenario. Have a plan B, actually have a plan Z. If it doesn’t work out, you better be able to rely on something else. Be optimistic but there should be some reserve there too.”