OTTAWA — Last year’s Eastern Ontario corn yields were the lowest since the 2012 drought year, according to Statistics Canada.

StatCan reported 2016 yields of 147.2 bushels per acre for Eastern Ontario — made up of the counties of Stormont, Dundas and Glengarry, Prescott and Russell, Ottawa, Leeds and Grenville, Lanark, Frontenac, Lennox and Addington and Renfrew. That’s down from 2015’s record 177 bu/ac, but still higher than the 134.7 bu/ac experienced during 2012. The five-year average is 152.5. 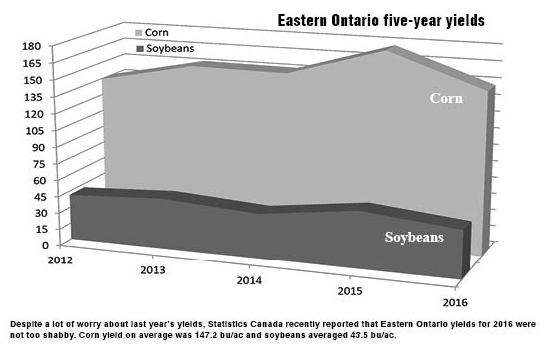