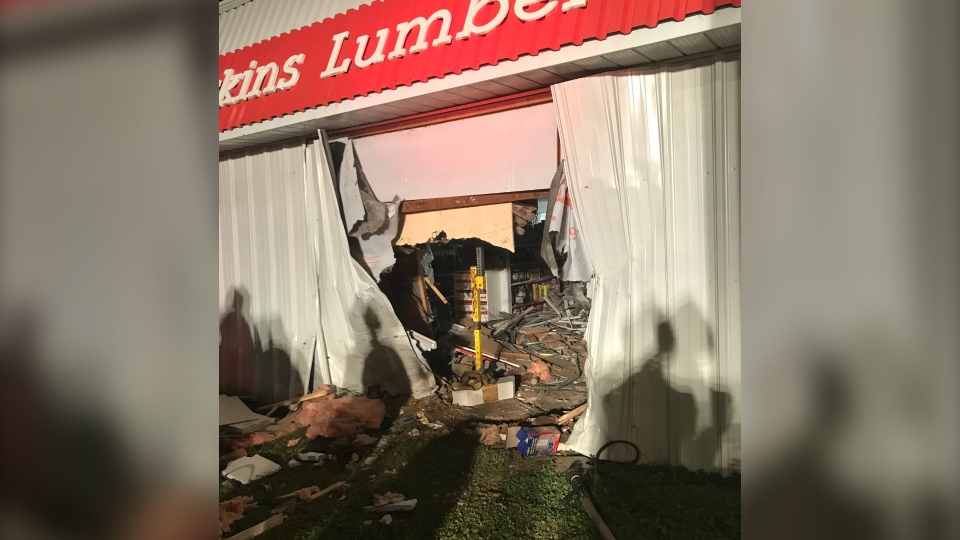 NORTH GOWER – It was shortly after midnight when a Mazda 3 sped through the North Gower intersection heading west on Rogers Steven Road, crossed lanes and flew straight into the side wall of the local Home Hardware. The car ripped through the wall, wiping out two aisles of plumbing and electrical supplies.

The small car tore off a non-load bearing wall, plowed 20 feet into the store, and landed with its hood pushed up onto the windshield.

“It looked like a bomb went off,” said store general manager Mark Perkins, recalling the early morning accident on Sunday, Sept. 5. “Chunks of wall were thrown clear across the store and ended up in two offices. It blew off ceiling tiles” and the pressure from the crash knocked a door off its hinges. “There was debris all over the store.”

The driver, in his 20s, was extricated by Ottawa firefighters at about 1:45 a.m. and taken to hospital with serious but not life-threatening injuries to his head and legs.
More than two weeks later the driver was still in hospital “with life-altering injuries,” reported Ottawa police constable Martin Dompierre. “No charges have been laid.”

Police declined to release the name of the driver.

The accident occurred on a long weekend, so the hardware store re-opened on schedule the following Tuesday morning, Perkins said. 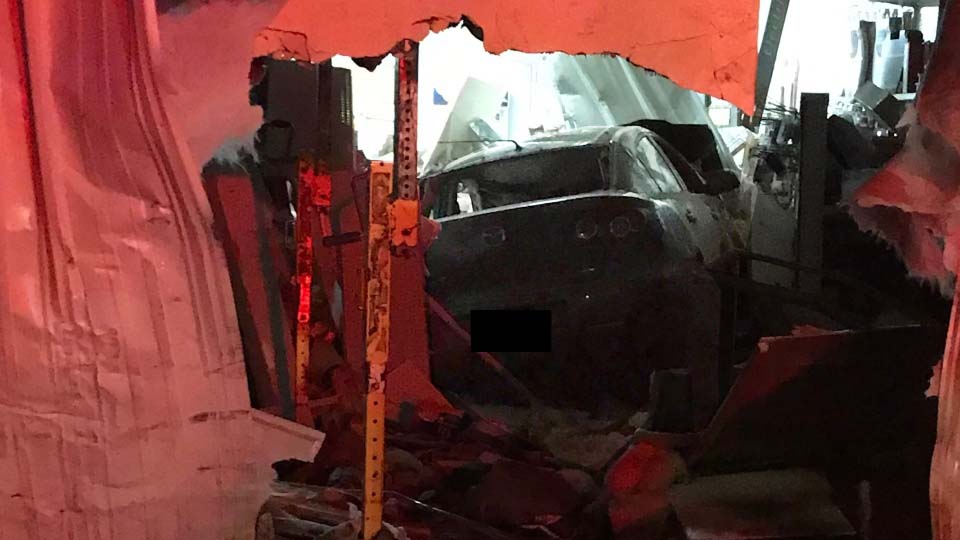