BREAKING NEWS
11:59
Home Features If this is unceded, unsurrendered native territory, Do I own my land?

If this is unceded, unsurrendered native territory, Do I own my land? 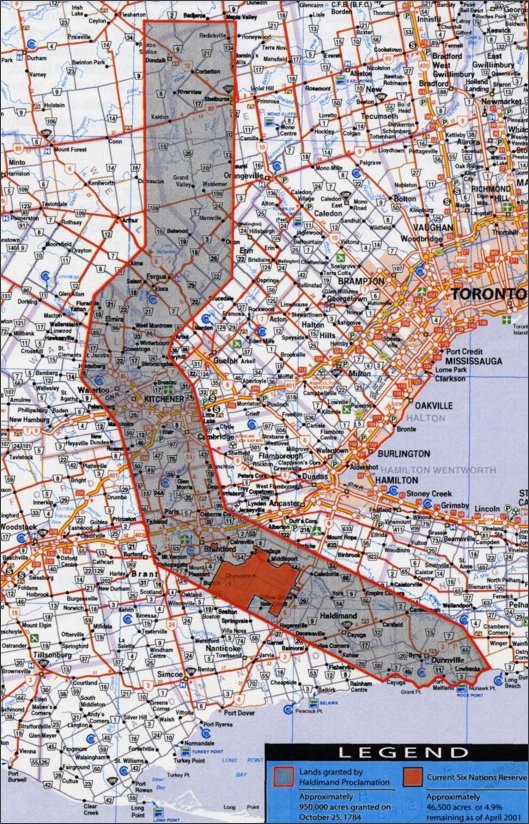 “Unceded territory” terminology is being used flippantly — a native land claim will not take away your farm, historian says

If you live around Ottawa or Kitchener, every federal government event begins in the same way. The speaker announces that he or she is on “unceded and unsurrendered” native territory. This inserted introduction to every meeting or federal gathering has become so common that many people, including farmers, living in contested areas, are beginning to wonder, “Do I own my own land?”

The answer is yes.  No one is going to take away their land, says Canadian historian and specialist in aboriginal rights and native claims, Ken Coates, who argues “uncede” is being used flippantly and sending people the wrong message. But he also argued that the Canadian government so badly screwed up decades ago that Canadians and First Nations peoples are paying the price today.

Government over reach didn’t just begin yesterday. The federal government has been caught flouting its own laws many times over and, as usual, taxpayers are now on the hook to pay back First Nations people for unlawfully confiscated land.

Coates, who is the research chair for the graduate school of public policy with the University of Saskatchewan, is also a Macdonald-Laurier Institute senior research fellow in aboriginal and northern Canadian issues.  He is also not “woke,” so he doesn’t come at this from a hate-the-white-man point-of-view.

He said there are hundreds of active native land claims across the country and they include two large disputes in Ontario. One covers the city of Ottawa and surrounding area. The other is a large swath of land from Lake Erie, through the city of Kitchener, ending north of Shelburne.

History tells much of the story and largely sides with the natives, according to Coates. The British signed the Royal Proclamation of 1763 promising not to occupy native lands unless a treaty was signed and compensation awarded. Fair enough. Numerous treaties were signed and in many cases native people legally gave up their land. Some legal treaties are old. Some are more recent. After 20 years of negotiations, a large Yukon land claim ended successfully in 1993.

But in many other cases, natives were moved off of land without compensation. For instance, native people were moved out of what became the expanding city of Calgary. That native land claim was only recently resolved and included compensation to the native people of $1.3 billion. Said Coates: “First nations people who are among the poorest people in the country now have the possibility of actually having access to prosperity for the first time since the Europeans arrived.”

Not all claims are successful. One group claimed ownership of half of Vancouver Island. The case was resolved by the courts, which awarded only a fraction of the claim.

To illustrate, if a group of natives travel 20 kilometres down river every year for hunting, they can claim continuous occupation if they are stopped from hunting when settlers move in. However, if the native hunters stop hunting down river in 1920. They cannot claim ownership if another group of people move into the area in, say, 1960.

Land claims are also complicated. The native population in the 16th century was likely less than 300,000. They were nomadic and covered vast areas of land. They also fought other tribes for territory and some claims are not successful because more than one tribe claims ownership to the same piece of land.

In one clear case, the federal government took land away from natives during the First World War and gave those lands to farmers to cultivate.

“In these situations, the land was taken illegally, according to the law at the time,” Coates aid.  “These are not made up laws. In the early 20th century, the government came in and took the land and shouldn’t have under their own laws. These are not Indian laws or made-up laws. (The government) broke their commitments to the First Nations people. And in the case around Calgary, they took half of their land. Some of the land had oil and gas on it.”