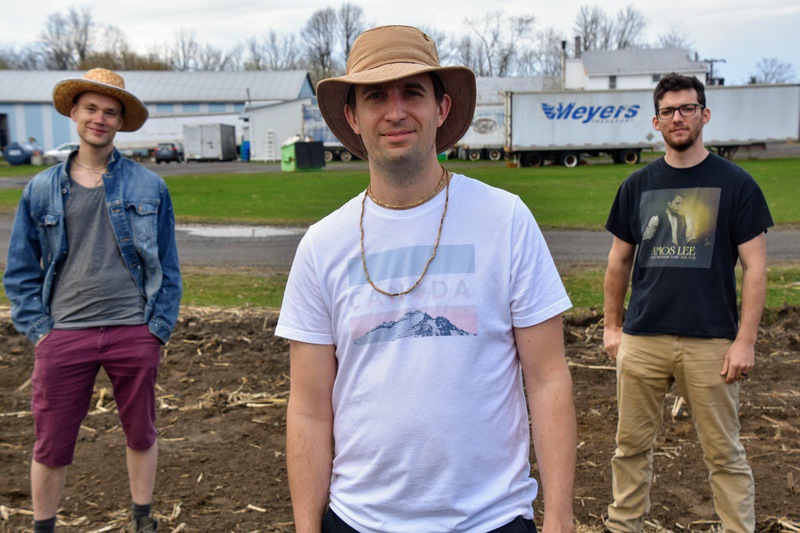 RUSSELL — There’s a new milkman at the wheel of a delivery van on a decades-old Ottawa-area milk route previously operated for generations by Cochrane’s Dairy. Kacper Waclawski, 36, and brother-in-law Krishna McAllister, 30, bought the regionally known concern from Barry and Kevin Cochrane in February.

“It’s a bit of a family affair,” explains Waclawski, noting a few of McAllister’s brothers are similarly involved in the enterprise. That includes Kunja McAllister, who drives the delivery van — still emblazoned with the Cochrane name — on a milk route that still delivers five days a week at 150 stops in and around the nation’s capital. About half of those stops are for home delivery. The partners have taken that existing delivery business and added fresh-grown vegetables to the mix — thanks in large measure to Waclawski’s father, Peter, their mentor and green-thumbed garden “mastermind.” With a masters degree in horticulture, he will oversee the three-acre patch of freshly tilled soil near the entrance sign off Gregoire Rd. at the south end of rural Ottawa. 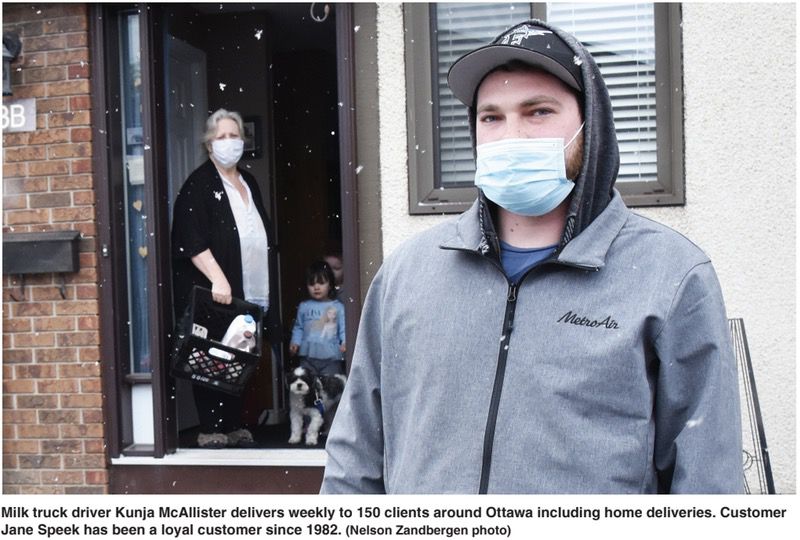 Appearing primed for planting when Farmers Forum dropped by in April, the plot will grow a variety of produce to supply a new weekly subscriber-based veggie box offering through the season.

“We’ve got the same customers, and what we’re going to try to do is add on to that,” explains Waclawski. “And some of those Cochrane customers are signing up.”

Having a ready-made delivery system in place gives the operation an immediate logistical advantage over a traditional grower that would typically rely on farm-gate sales, he said. “We’re not doing pickup at the farm or anything like that.” They’ve also enlisted Shopify (a high-tech Ottawa company that moves retail transactions onto the internet) to help streamline the online purchasing process, although many orders still come in via telephone.

In the past, many customers would have purchased Cochrane’s metal tokens and left them out on the doorstep for the milkman. Today, just one client continues the practice, using the vintage aluminum pieces still advertising a long-expired three-digit phone number for the dairy. The new owners continue to honour the token tradition, exchanging it for milk at the doorstep.

They will grow mainstays like cabbage, tomatoes, broccoli, sweet corn and berries. Starting the last week in June, the operators expect the veggie box to make its debut with such early crops as green peas, spinach, radish, lettuce, early carrots and beets. Harvest will continue through November. Clients will get weekly boxed produce for four payments of $178 (smaller size) or $229 (larger size). Customers can also order grocery items supplied by other providers like St. Albert Cheese, Brum’s Dairy and Laiterie de l’Outaouais.

The Cochranes began buying dairy products for other wholesalers five years ago when they ceased processing and bottling milk, under their own brand, in the 5,000-sq.ft. plant at the site, ending an almost 80-year tradition.

The new owners say they have plans to start “some degree” of renovations on the aging building before the winter. The name of their rebranded operation is Ter Kadamba Farm — a moniker that comes from the butter flower tree with spiritual significance in India, which aligns with the owners’ beliefs as adherents of the Hare Krishna movement. They’ve previously employed the Ter Kadamba name in connection with a Montesorri preschool run by Waclawski’s wife in Russell.