Disappearing farmland? Not in Eastern Ontario 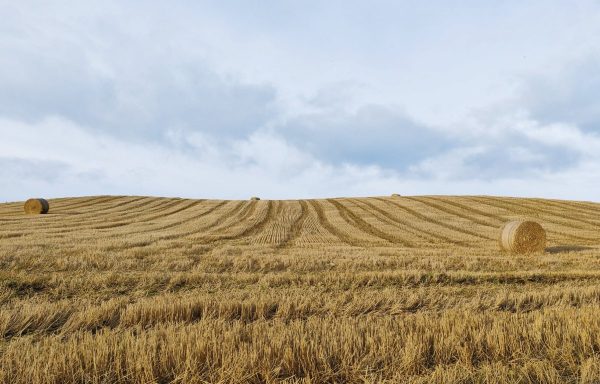 Over the last 10 years, the amount of cropland in Eastern Ontario has held steady and then some, thanks to a substantial production shift largely to counties furthest east. That’s based on figures from the 2021 Census of Agriculture. While it’s true that overall farm real estate has shrunk, net cropland has not — an important distinction in a hungry world.

Eastern Ontario counted just over 2.2 million acres of cropland in 2021. This is essentially the same as 10 years earlier, though 2021 is technically up 0.02% (or 357 acres) over the cropland total in 2011. The 2021 figure also represents a slightly bigger bounce from the 2016 Census, which recorded cropland dipping to just under 2.19 million acres.

Farmers Forum defines Eastern Ontario as the 14 geographic regions — most of them counties — east of Toronto.

Between 2011 and 2021, five areas increased their cropland acres, offsetting a decrease elsewhere in Eastern Ontario. This tradeoff allowed the region to maintain a virtual status quo in cropland size. Rural counties south of Ottawa led the way in cropland growth.

Counties and regions that increased cropland include:

Cropland — or “land in crops” as termed by Statistics Canada — refers to the usual field crops, as well as fruit and vegetable plantations and sod and nursery products. It does not include hay, pasture, silage crops, Christmas trees, woodlots or any other unproductive areas.

Jackie Kelly-Pemberton, OFA director in Eastern Ontario’s Zone 11, agreed that areas with increased cropland achieved it by converting forages and pasture to field crops and by reclaiming forest for agriculture. “In most cases, a lot of this forested land was historically farmland, so it’s reinstating agriculture,” Kelly-Pemberton asserted.

On the OFA’s broader concern about 319 acres of farmland lost daily in the province, Eastern Ontario hasn’t faced the same urban-growth pressures, she observed.

Census figures do show that the total area occupied by farms — which includes all farm property, not just cropland — is shrinking in Eastern Ontario, even if the cropland footprint is not. By this measure, farms occupied 33.3% of all Eastern Ontario land in 2011, falling to 31.4% in 2016 and 28.84% in 2021. Only Prescott and Russell counties substantially bucked that trend, increasing farm presence on the landscape by almost 6% between 2011 and 2021. Farms comprise almost 64% of the land base in that jurisdiction now. In Stormont, Dundas and Glengarry, farms upped their landbase 0.29% in the same period. Farms now occupy 58.57% of SDG, up a bit from 58.40% in 2011.

East Hawkesbury crop farmer Robert Kirby, a member of Prescott-Russell county council, largely attributed his region’s cropland rise to farmers leaving the dairy industry and converting forage fields into commodity crops. Kirbly did that at his own place when he exited the dairy business 3 or 4 years ago. “I grow twice as much corn and soybeans, by volume, as I did as a dairy farmer,” he said.

Kirby, who also serves as a local mayor, conceded that some of the new cropland on the Prescott-Russell map is the result of clear-cutting forests. However, farmers should be compensated if the public wants to preserve forests amid strong market demand for crops, he suggested.