Destruction of PEI potatoes has begun 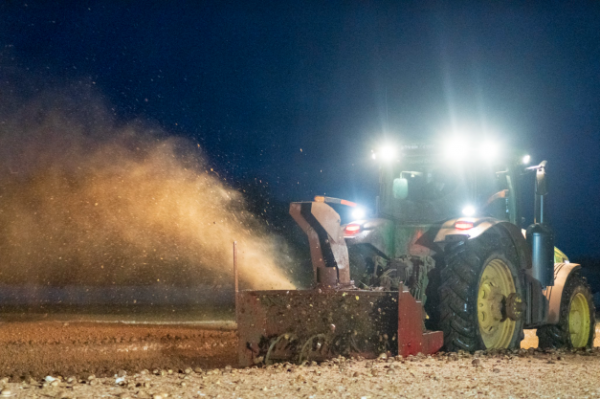 Colton Griffin, in his tractor, has the unenviable role of leading the destruction of potatoes for his farm on Prince Edward Island. John Morris courtesy photo

“What should have been a great year for PEI—a bumper crop and favourable market conditions—has turned into an incredibly difficult one,” said Bibeau, who announced a new subsidy program to destroy potatoes that can’t be diverted to food banks, dehydration plants, processors or alternative markets.

Growers will receive up to 8.5 cents per pound of wasted potatoes to assist with their disposal costs.

Despite recently restored trade with Puerto Rico, the rest of the all-important American market currently remains shut to PEI spuds because of potato wart fungus. Canada voluntarily suspended shipments to the U.S. after infected tubers were discovered in two fields.

With nowhere else to go, more than 300 million pounds of PEI potatoes will have to be destroyed, according to the province’s potato board.

The minister says she won’t rest until the U.S. fully reopens to PEI potatoes.