Deer showed up at farm and won’t leave 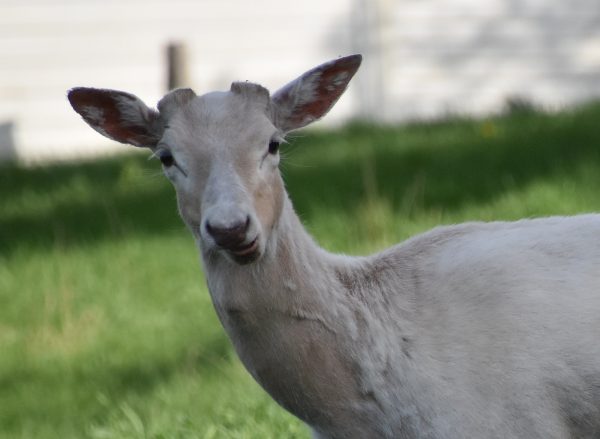 The stag, photographed a couple of days after losing his antlers. (Nelson Zandbergen photo)

Leonard has horses and the deer appears to want to be a part of the pack. “I have four mares and sometimes they are in heat. I think he thinks he might get lucky.”

Leonard, however, has had to separate the deer from the horses. After one of the horses got pierced by an antler, the fence went up and the play dates ended. “He wants to play with them but he doesn’t realize that his antlers are sharp and very dangerous,” Leonard said.

The deer, however, won’t leave the River Road farm and Leonard easily finds him grazing or resting nearby. He figures the deer must have escaped from an area deer farm.