de Bruyn returned as chair of Ontario Pork Board; Maaike Campbell is vice-chair 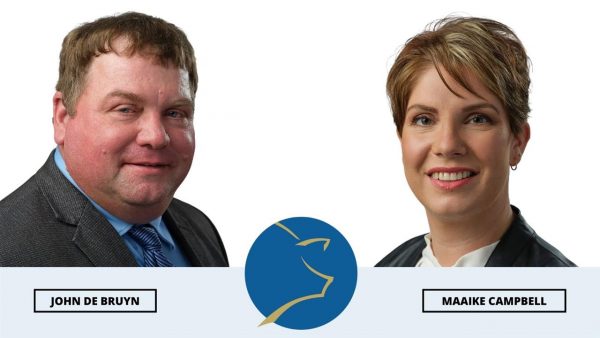 GUELPH – The Ontario Pork Board has returned John de Bruyn as chair for the next term; Maaike Campbell will serve as vice-chair.

de Bruyn, a producer from Oxford County, and Campbell, a producer from Lambton County, were acclaimed to their respective roles at the board’s April 12 meeting. De Bruyn was first elected to his role in 2021, and both he and Campbell have worked closely with board members and producers as the industry has navigated the COVID-19 pandemic and planned for the sector’s immediate and longer-term needs.

Perth County producer Doug Ahrens completed his term on March 23 after serving as a director for 13 years. Tanya Terpstra, a pork producer and delegate from Perth County, was acclaimed as a new Board member for Zone 2. Other board members include Arno Schober, Chris Cossitt, Bruce Hudson, Mike Mitchell, Eric Schwindt and Tara Terpstra.

“I look forward to continuing to work with the board and representing producers as we chart a course for the future of the Ontario pork industry,” de Bruyn said. “From research and policy to consumer education and international trade, serving as chair of Ontario Pork is an opportunity to advocate for producers and advance the legacy built by Ontario’s farm families who will continue to provide safe and nutritious pork for the world.”